Voices of Now: Croatia and Bosnia and Herzegovina 2019

In partnership with the U.S. Embassy in Zagreb, Croatia and the U.S. Embassy in Sarajevo, Bosnia-Herzegovina, Arena Stage sent four Arena Stage Voices of Now devisers/directors to Croatia and Bosnia and Herzegovina for three weeks from January 26 - February 17, 2019. The artists worked with three ensembles of young people, two in Croatia and one in Bosnia and Herzegovina, and through workshops and rehearsals, three original plays were created and performed by the ensembles.

Arena Stage’s Director of Community Engagement and Senior Artistic Advisor Anita Maynard-Losh, along with Director of Education Ashley Forman, School Programs Manager Rebecca Campana and Master Teaching Artist Psalmayene 24, worked with teenagers and young adults to create unique theater pieces that bring light to important social issues facing the participants. The unique content of each Voices of Now piece comes from each ensemble’s collaboration. Some of the questions explored by the ensembles included: How do you know when to hold your ground? When do you compromise? What gets in the way of doing what’s right? They also wanted to investigate what keeps people apart, brings them together and how can people who have been separated, connect?

About the ensembles: The Voices of Now ensemble in Zagreb, Croatia was made up of 23 high school students ages 16-18—half were from a vocational school and half were from a college prep school, so they didn’t know each other before rehearsals started.

The Voices of Now ensemble in Petrinja, Croatia was comprised of 18 high school students. Petrinja is a small village located about 40 miles southeast of Zagreb.

The Voices of Now ensemble in Bosnia and Herzegovina was based in Trebinje, a small town near the Adriatic Sea. The ensemble was made up of Serb students from Trebinje, as well as Croat and Bosniak students who were bussed in from Stolac, so the three main ethnic groups in Bosnia and Herzegovina were represented within the ensemble of 23 students ages 16-19. The three groups usually do not mix because of their history of ethnic and religious conflict, so the ensemble was an opportunity to work across those boundaries to create and perform a play together.

About the plays: Here is an inside look at what three of the ensembles explored when creating their play:

In Zagreb, the play asked questions about how and when we stand up for ourselves and others, what we gain by listening to opinions that are different from our own, what gets in the way of doing what we know is right, and how we find our way to compromise.

In Petrinja, the play first explored how we form opinions and find our voices. Then, it investigated the balance between when to compromise and when to hold your ground. Artists worked in English during rehearsals but performed their play in Croatian for their peers.

In Trebinje, the play explored what separates people and what connects them, and how some issues can do both. The play delved into the issues of ethnic segregation and prejudice, noted how the artists’ lives are affected in the present by the war in the ‘90s, and examined the question of how to take the first step towards change.

About the processes: The ensembles created their plays through writing, movement, personal stories and conversation using the same Voices of Now techniques that are used with ensembles in the DC metro area.

“Regarding the play, I'm really glad that it brought us all together, made us work as one and really managed to connect us. We all became more aware of our bodies and their capabilities, as well as each other, and [the directors] gave us the knowledge to make the group look well and aesthetically pleasing on stage, for which we are eternally grateful. I'm also really pleased with the reception in Trebinje, as it's talking about some very modern concepts in a very traditional community.”

“Voices of Now was such an amazing experience. We met wonderful people, learned a lot of acting skills and most importantly, had fun. It was nice to be listened to, and we felt like we could [say] anything we wanted without being judged. We worked and communicated like a group, and although we are all very different, we made it work. If we could turn back the time, we wouldn't change anything and we would apply for this project again.”

"We were able to connect to each other when the rest of the crowd was fighting. We had common ground. We were both regular teenage guys, who train in the same sport. It made me wonder, how long are we supposed to hate each other?"

– from Breaking Barriers by the Voices of Now Zagreb, Croatia Ensemble

"I realized how stupid I was before, listening to all that hate talk from politicians and other short-sighted people, and I was like, we’re all the same, nobody wants war and conflict. Everyone just wants to belong." 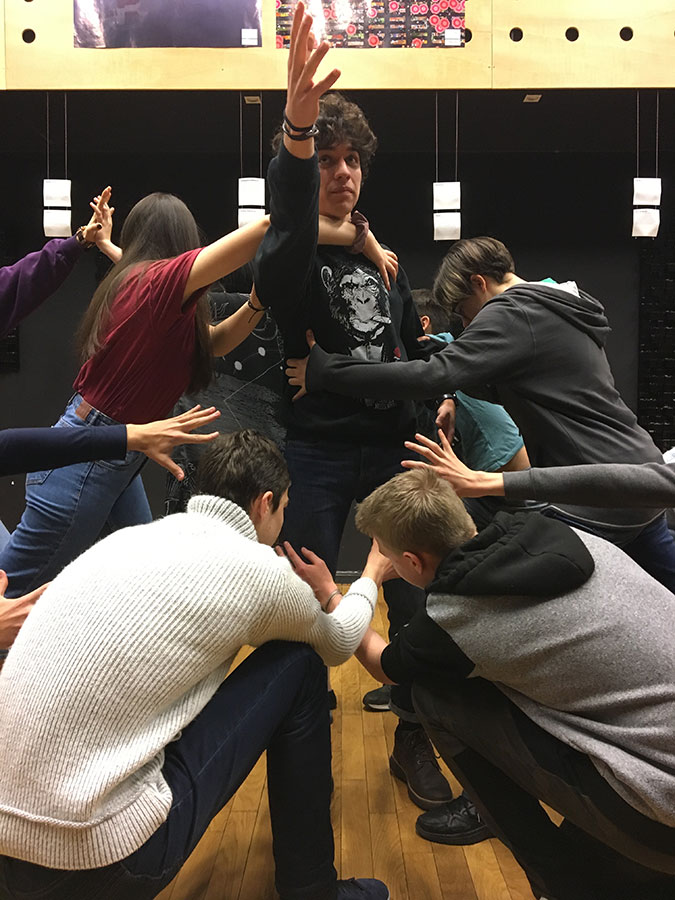 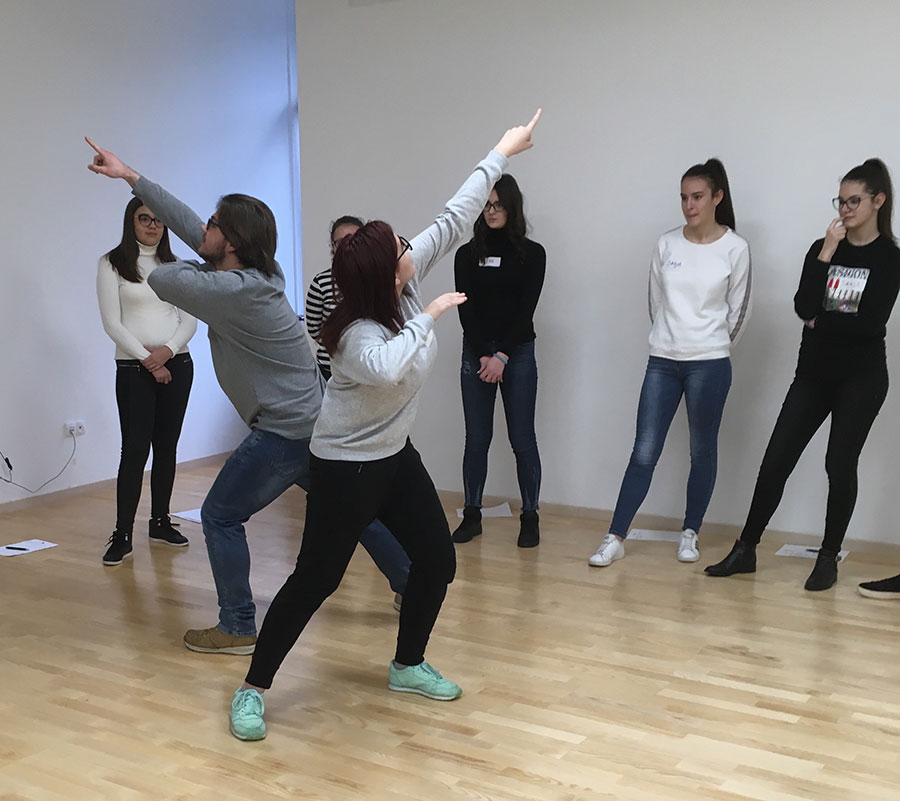 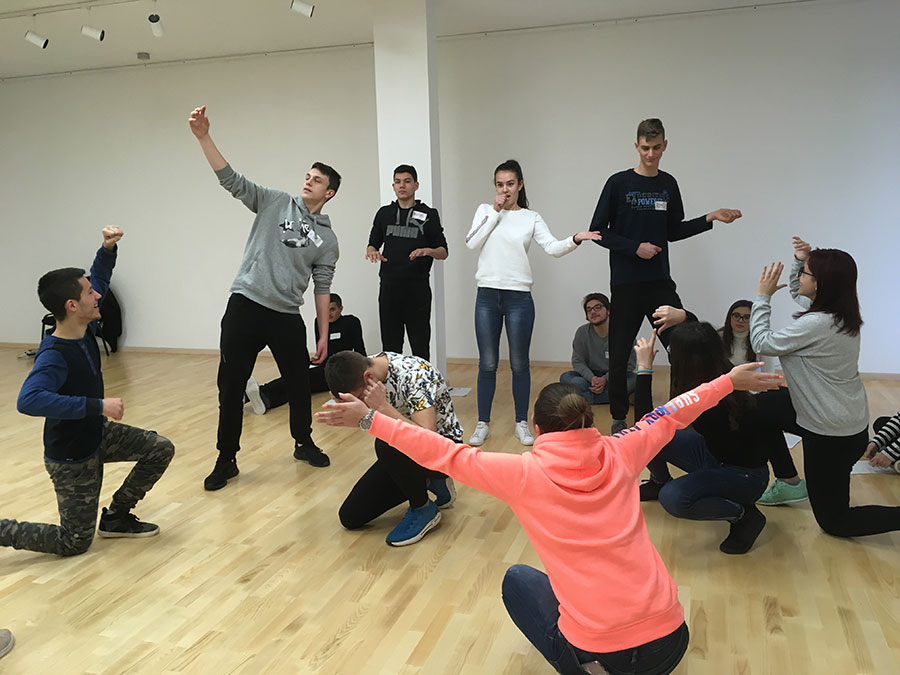 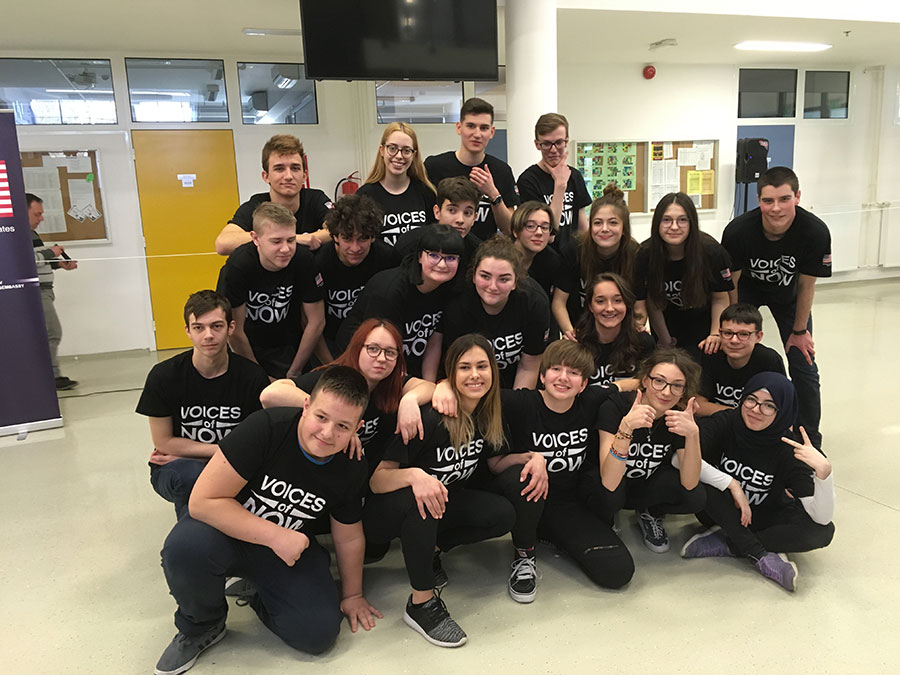 Students from the Zagreb ensemble pose after performing their play. 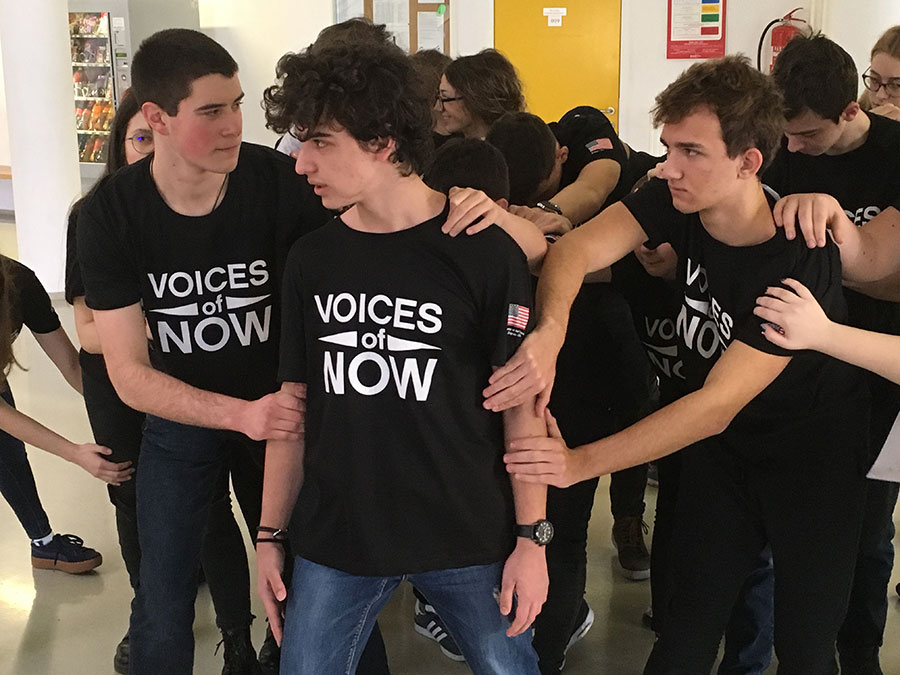 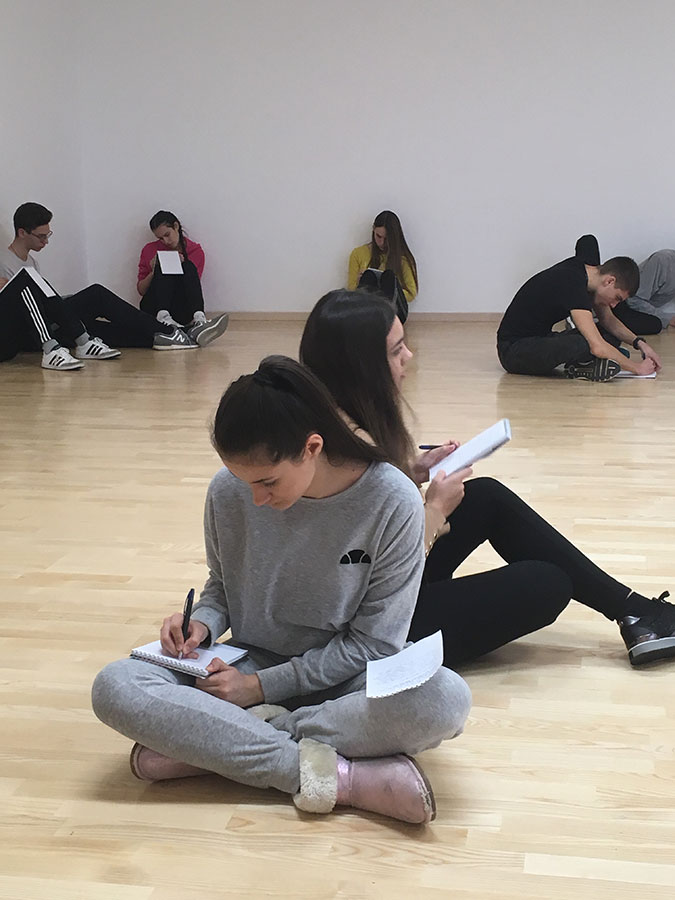 Students working on writing their play 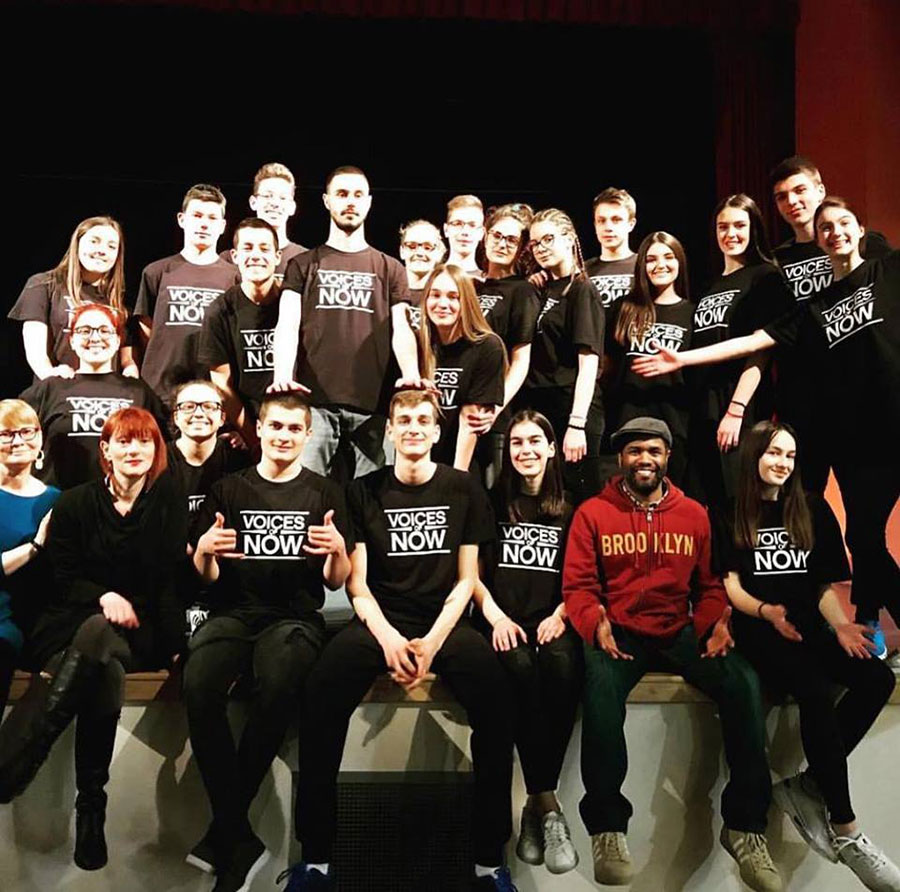 The Bosnia Ensemble is joined on stage by Anita Maynard-Losh, Ashley Forman and Psalmayene 24