Founded August 16, 1950 in Washington by Zelda Fichandler, Tom Fichandler and Edward Mangum, Arena Stage is a flagship American theater. We were one of the first nonprofit theaters in the U.S. and a pioneer of the regional theater movement. We were the first regional theater to transfer a production to Broadway, the first invited by the U.S. State Department to tour behind the Iron Curtain, and the first to receive the Regional Theater Tony Award. Taking a leadership role in extending theater’s horizons, we have implemented groundbreaking policies and programs, promoting diversity in all aspects of theater, from theatergoing to production.

From the monumental to the developmental, we’ve helped build the canon of American theater as we’ve nurtured artistic growth and engaged our community, broadening and intensifying the theatrical experience for one and all. Arena Stage has nurtured and produced 22 productions that have had a life on Broadway, including Dear Evan Hansen (winner of the 2017 Tony Award for Best Musical); Sweat (winner of the 2017 Pulitzer Prize for Drama); The Velocity of Autumn (directed by Molly Smith); A Night with Janis Joplin; A Time to Kill; Steppenwolf Theatre Company’s Who’s Afraid of Virginia Woolf? (a co-production with Arena Stage); Looped; Next to Normal (winner of the 2010 Pulitzer Prize for Drama); 33 Variations; Execution of Justice; Accidental Death of an Anarchist; K2; Tintypes; The 1940's Radio Hour; Loose Ends; A History of the American Film; Zalmen, or the Madness of God; Boccaccio; Moonchildren; Raisin; Indians; and The Great White Hope.

Arena Stage is alive as a center for American theater in our nation’s capital with productions, diverse and innovative works from around the country and the nurturing of new plays. Our focus is on American artists. We produce and present all that is passionate, exuberant, profound, deep and dangerous in the American spirit. We explore issues from the past, present and future that reflect America’s diversity and challenges. These are voiced through the productions we create, the work we develop, the presentations that move beyond our stages and community and education programs that engage artists, students and audiences. 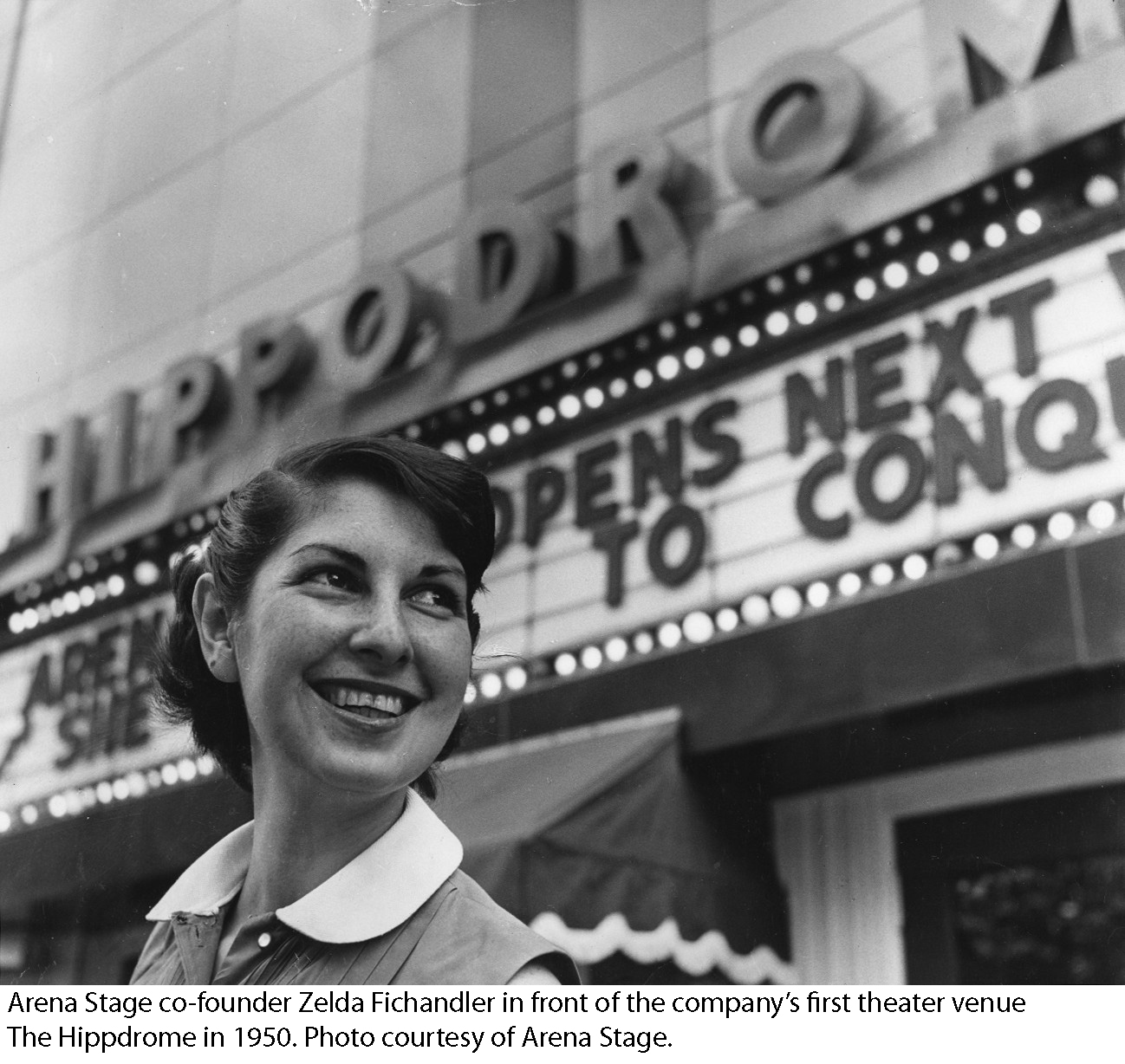 Zelda Fichandler (pictured here in 1950), Tom Fichandler and Edward Mangum converted The Hippodrome, a former burlesque and movie house at Ninth Street and New York Avenue, NW, into a 247-seat theater-in-the-round. In 1990, Zelda celebrated her 40th and final season as Arena Stage’s Producing Director and became a Life Trustee of the theater. 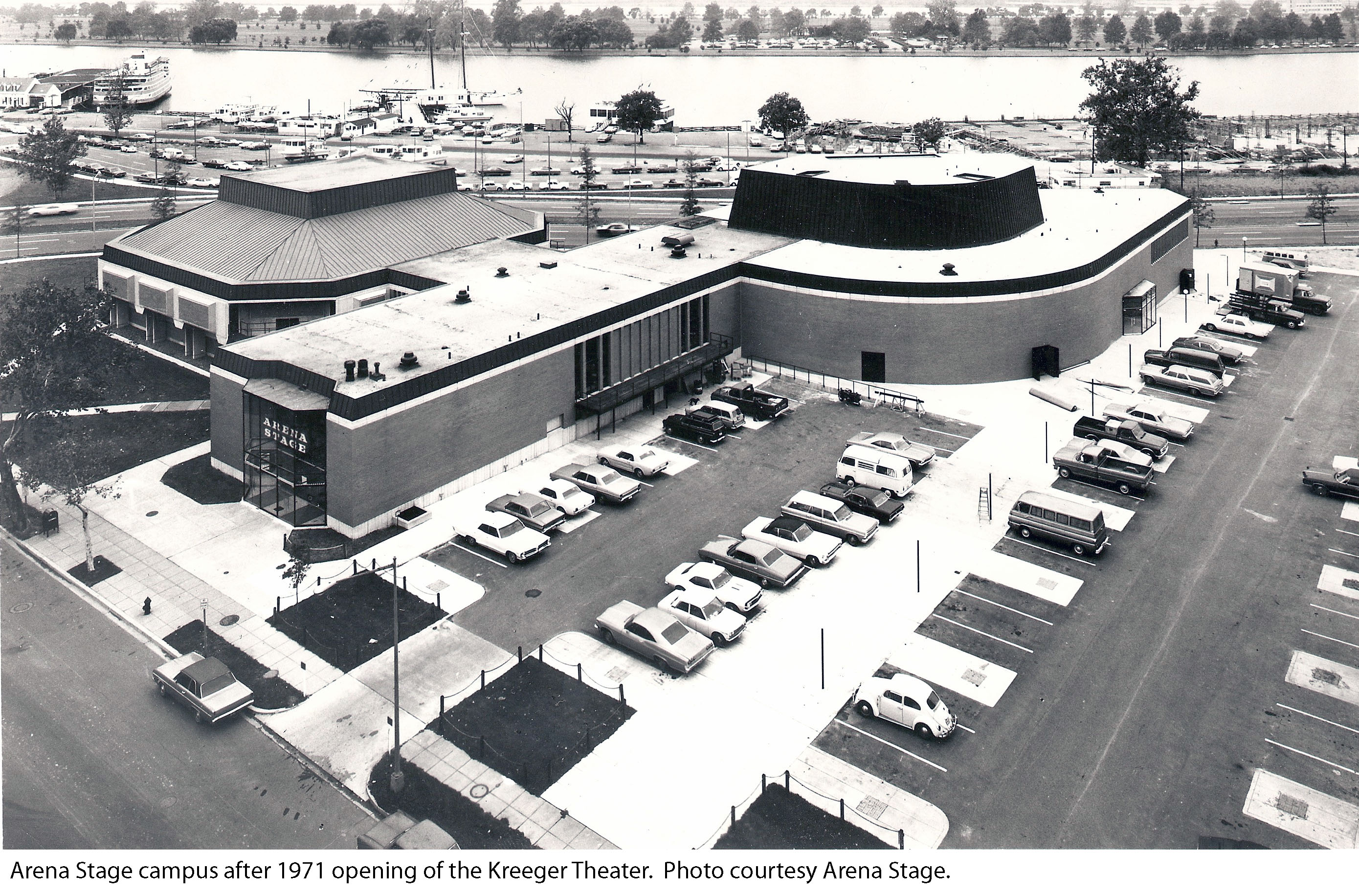 Zelda Fichandler, Tom Fichandler and Edward Mangum convert the Hippodrome, a former burlesque and movie house at Ninth Street and New York Avenue, NW, into a 247-seat theater-in-the-round. At the end of the 1954/55 season, Arena Stage closes and begins searching for a larger space. 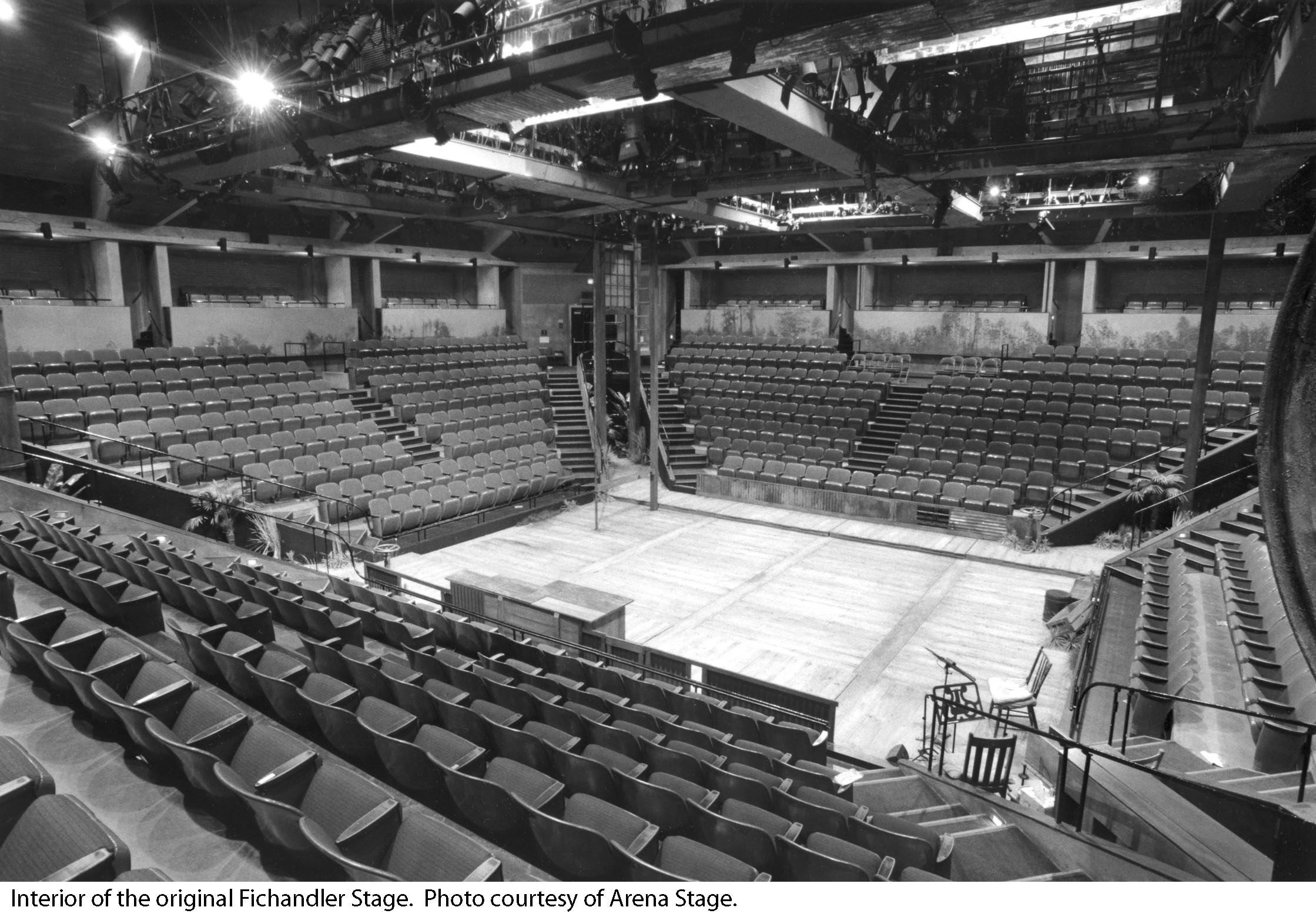 On October 31, 1961, the Fichandler Stage opens with a production of The Caucasian Chalk Circle and is hailed by the New York Times as a "new cultural landmark." Designed by legendary architect Harry Weese, whose credits include the Washington metro system, the Fichandler Stage was the first playhouse to be built in the nation's capital since 1895. The venue offered a thirty by thirty-six feet playing space framed by four tiers of eight rows each to provide a seating capacity of 827. 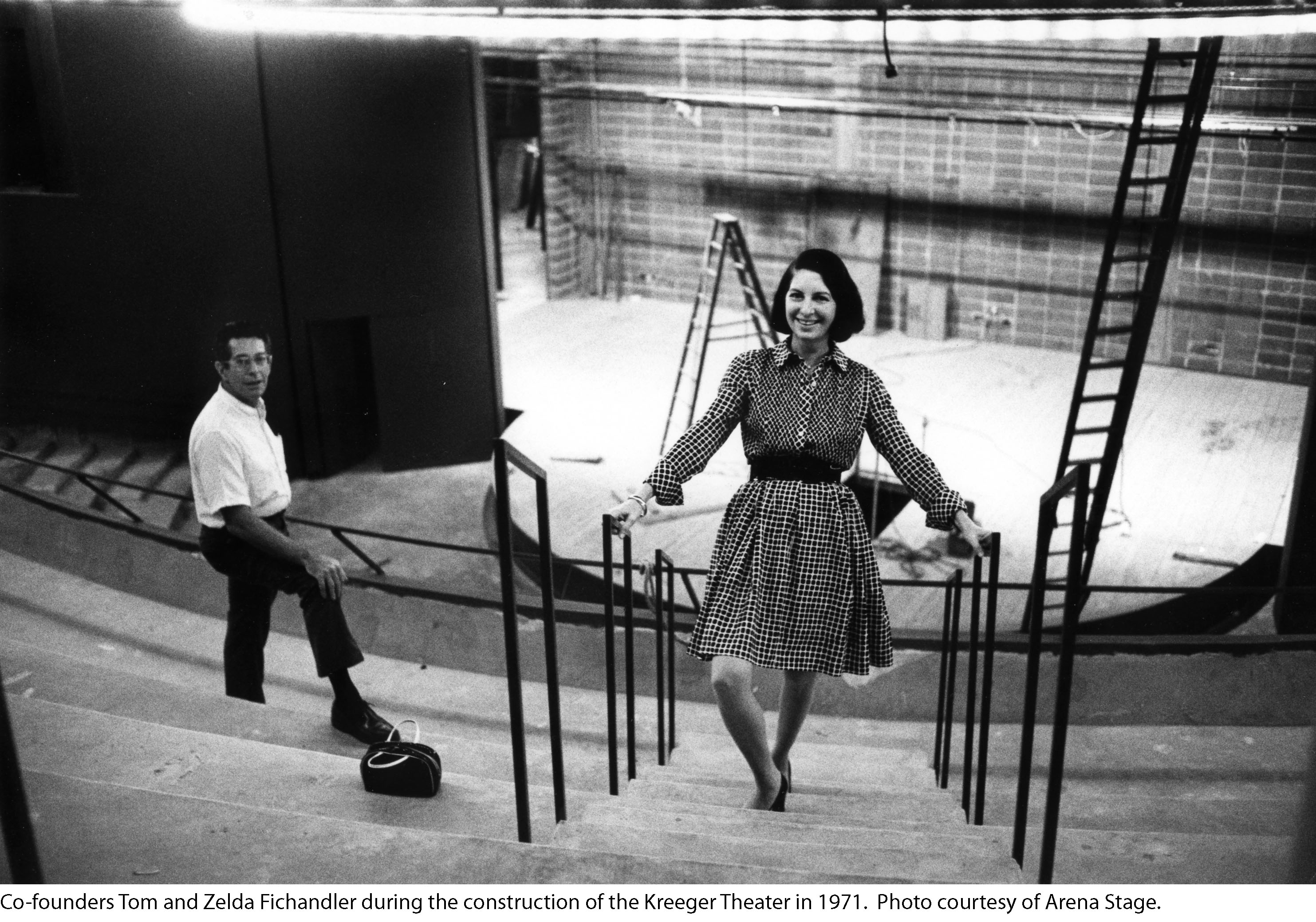 On January 15, 1971, Arena opened a second performance space, the Kreeger Theater, designed again by Harry Weese and named in honor of Washington philanthropist David Lloyd Kreeger. The Kreeger seats 514, has a modified thrust stage, and a fan-shaped house. Zelda Fichandler took a sabbatical during the1973/74 season. Alan Schneider, a long-time Arena director, planned the season and led the theater during Zelda's leave of absence. 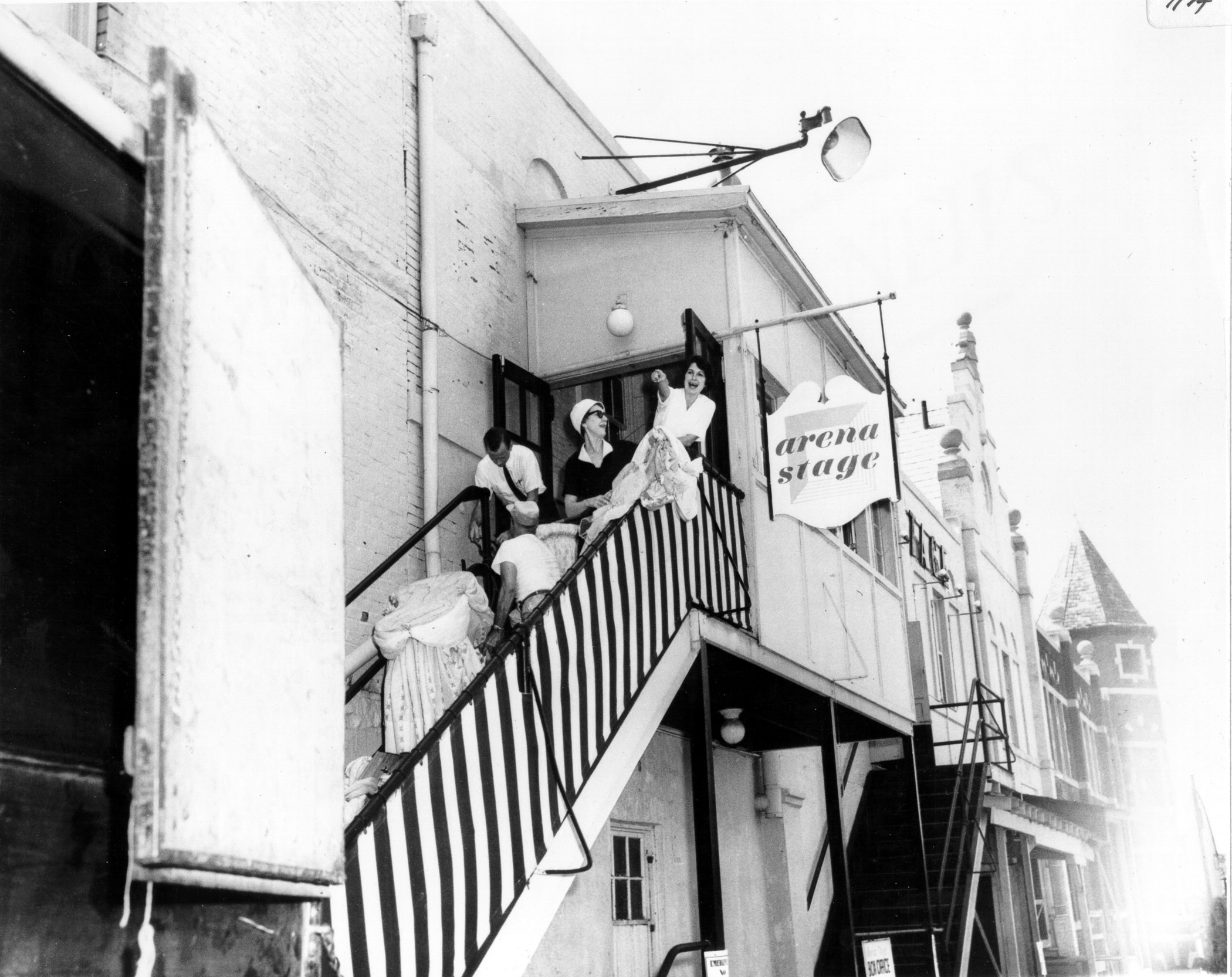 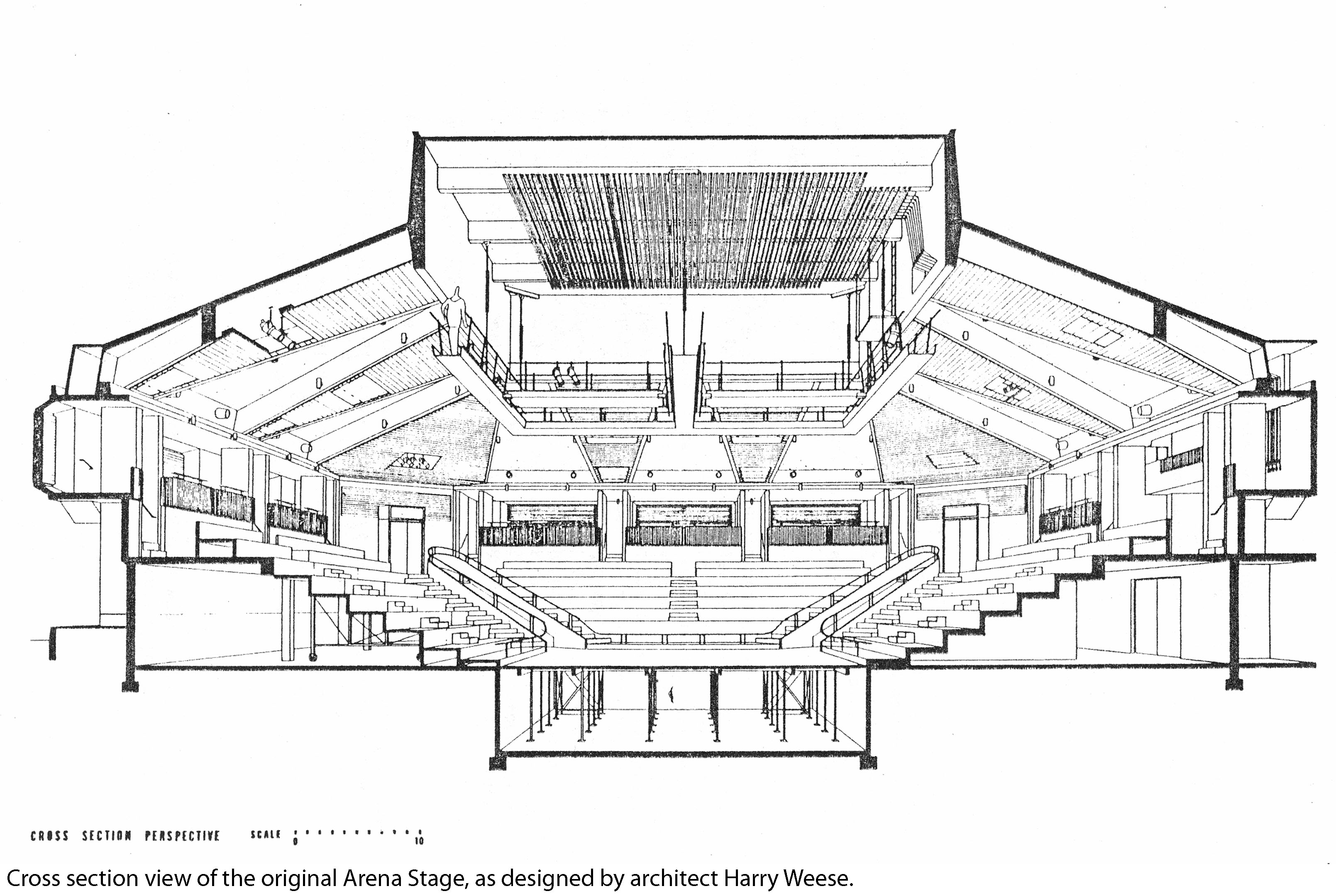 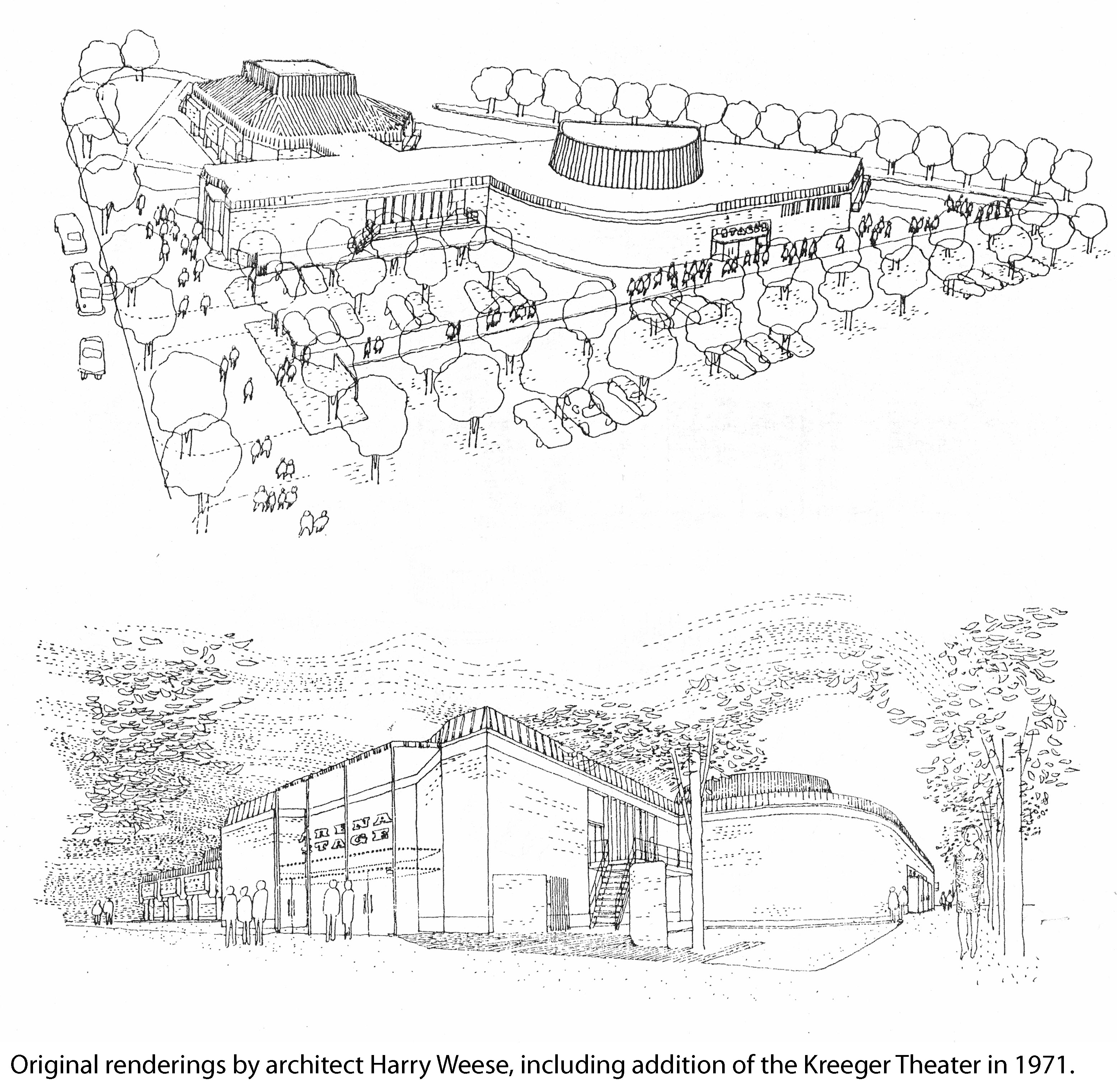 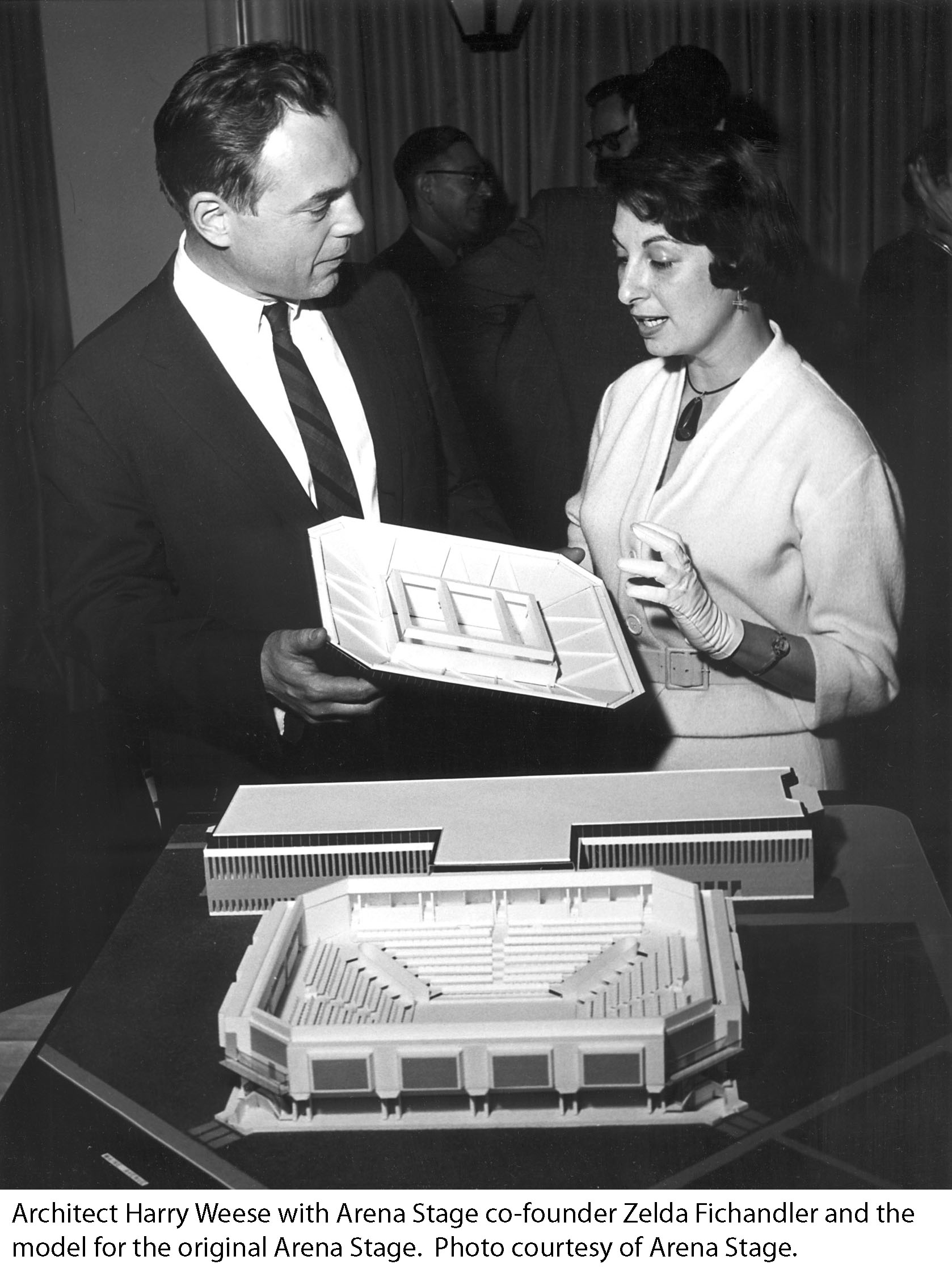 Harry Weese and Zelda Fichandler with a model of Arena Stage. 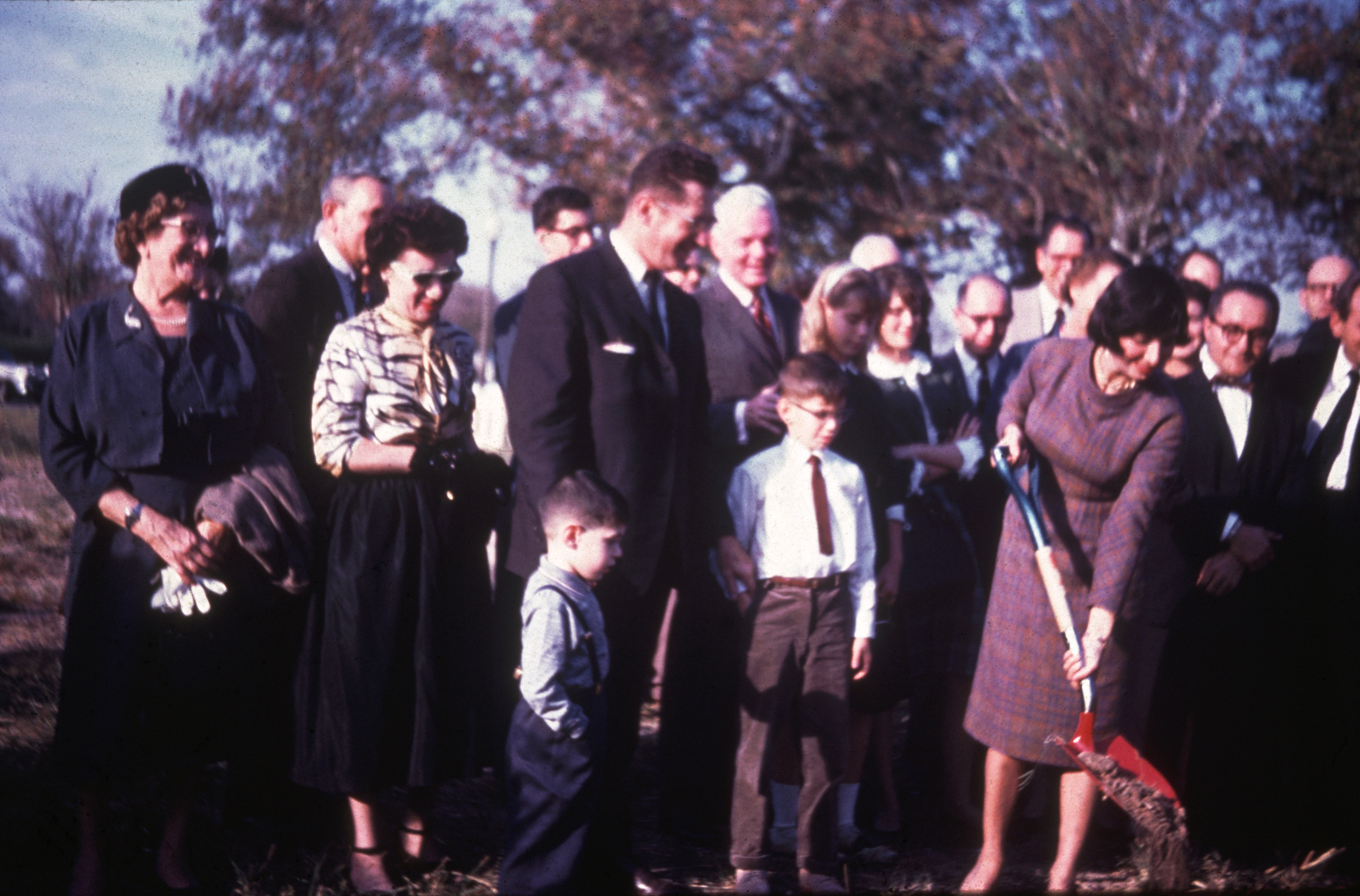 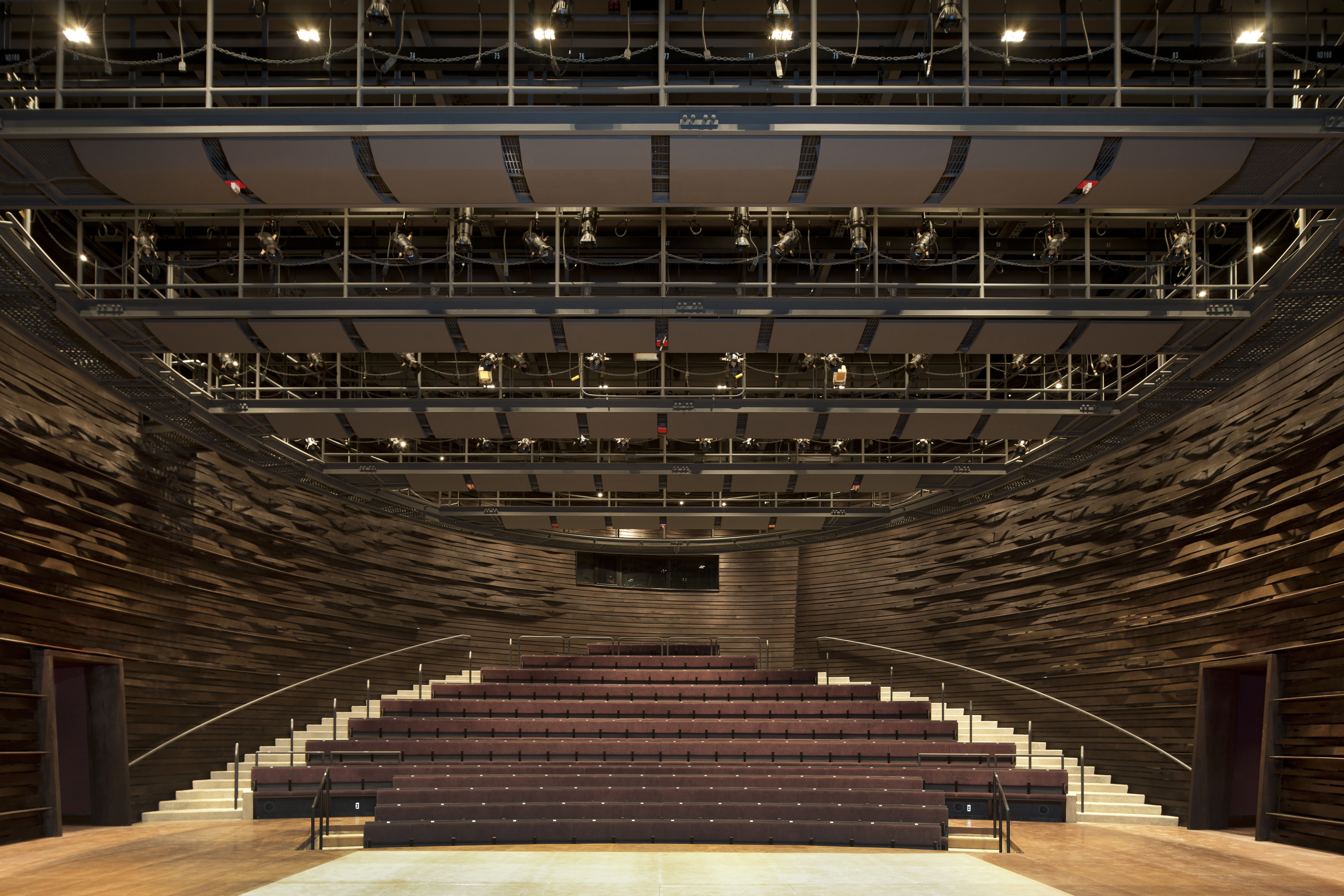 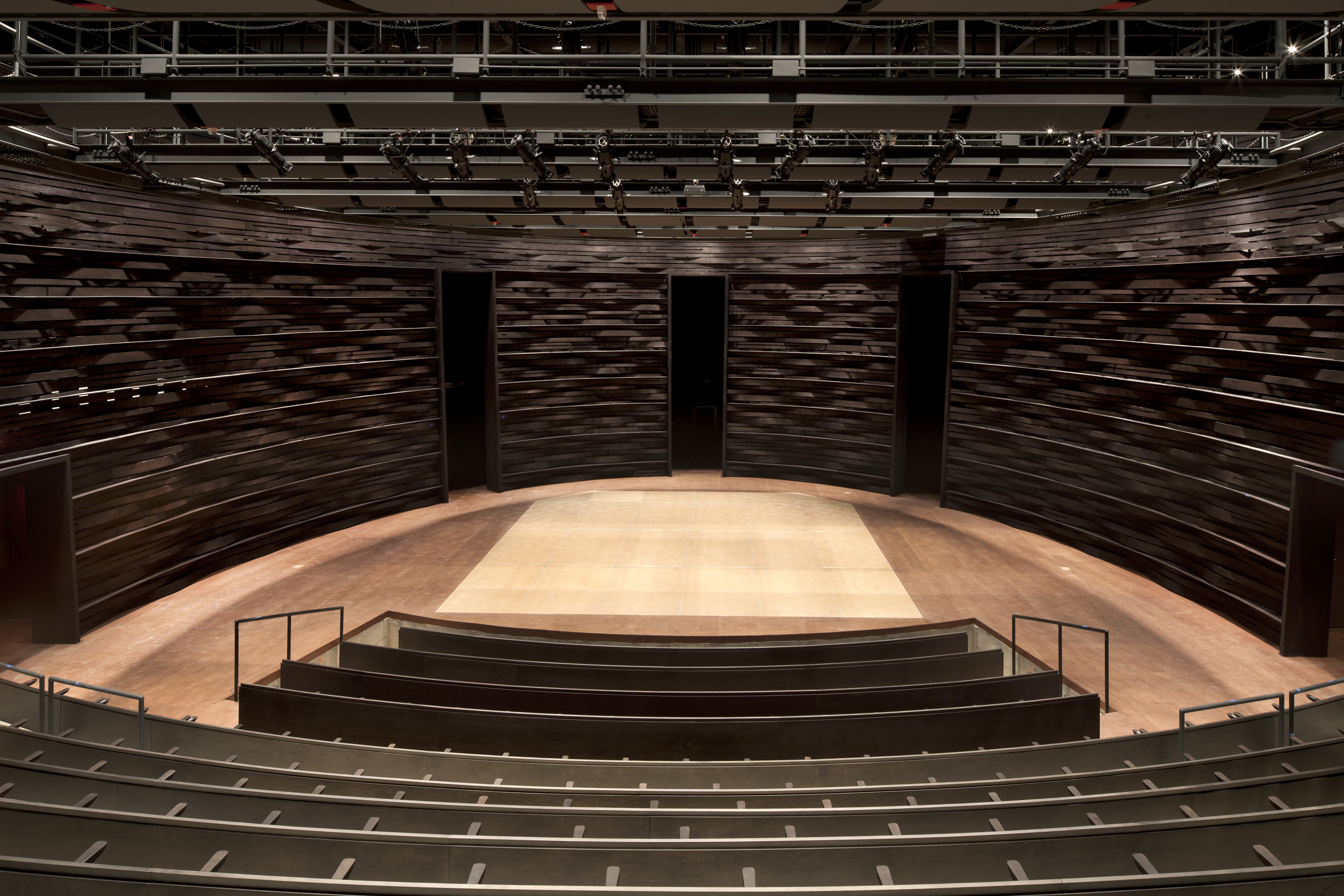 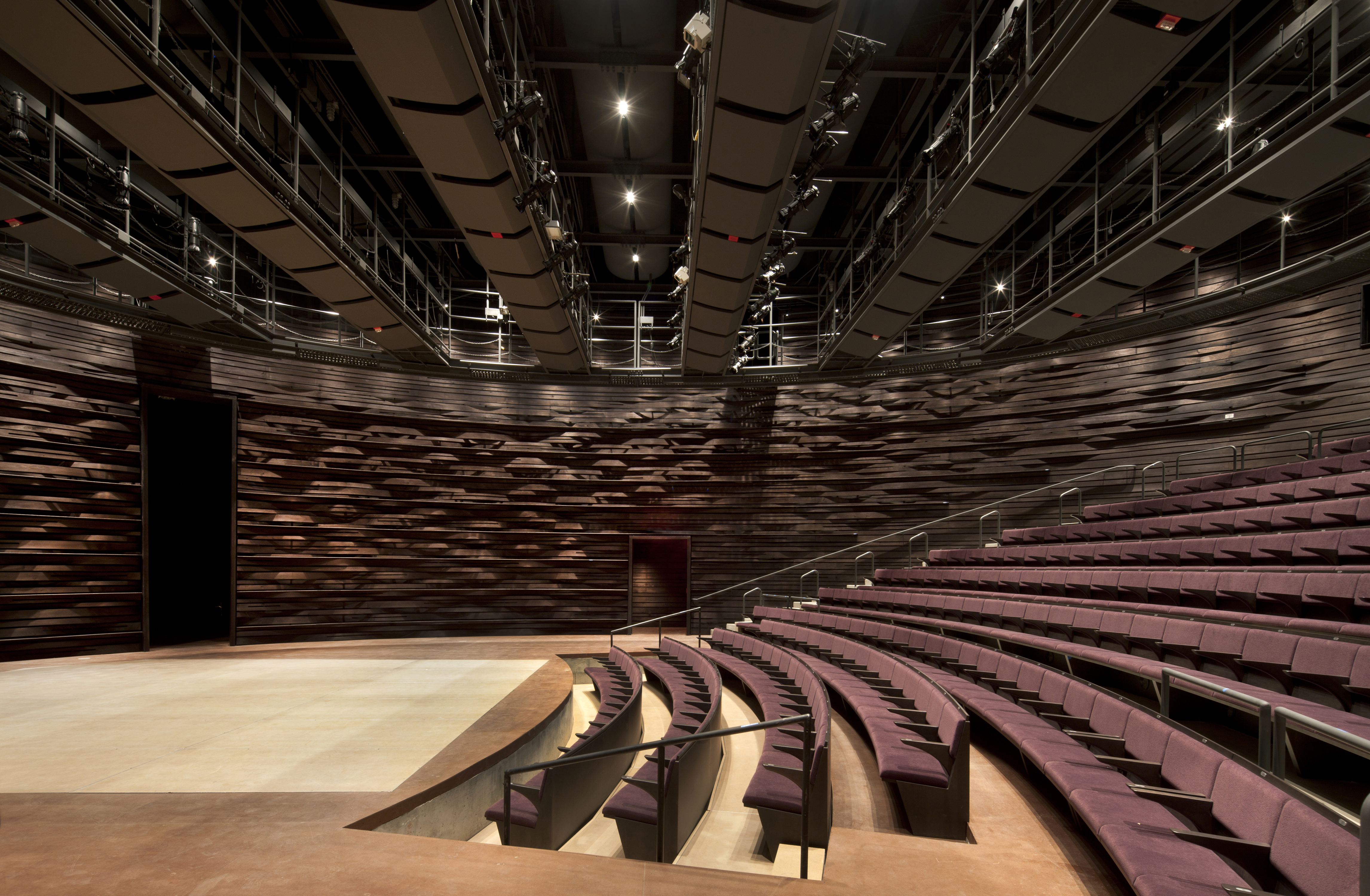 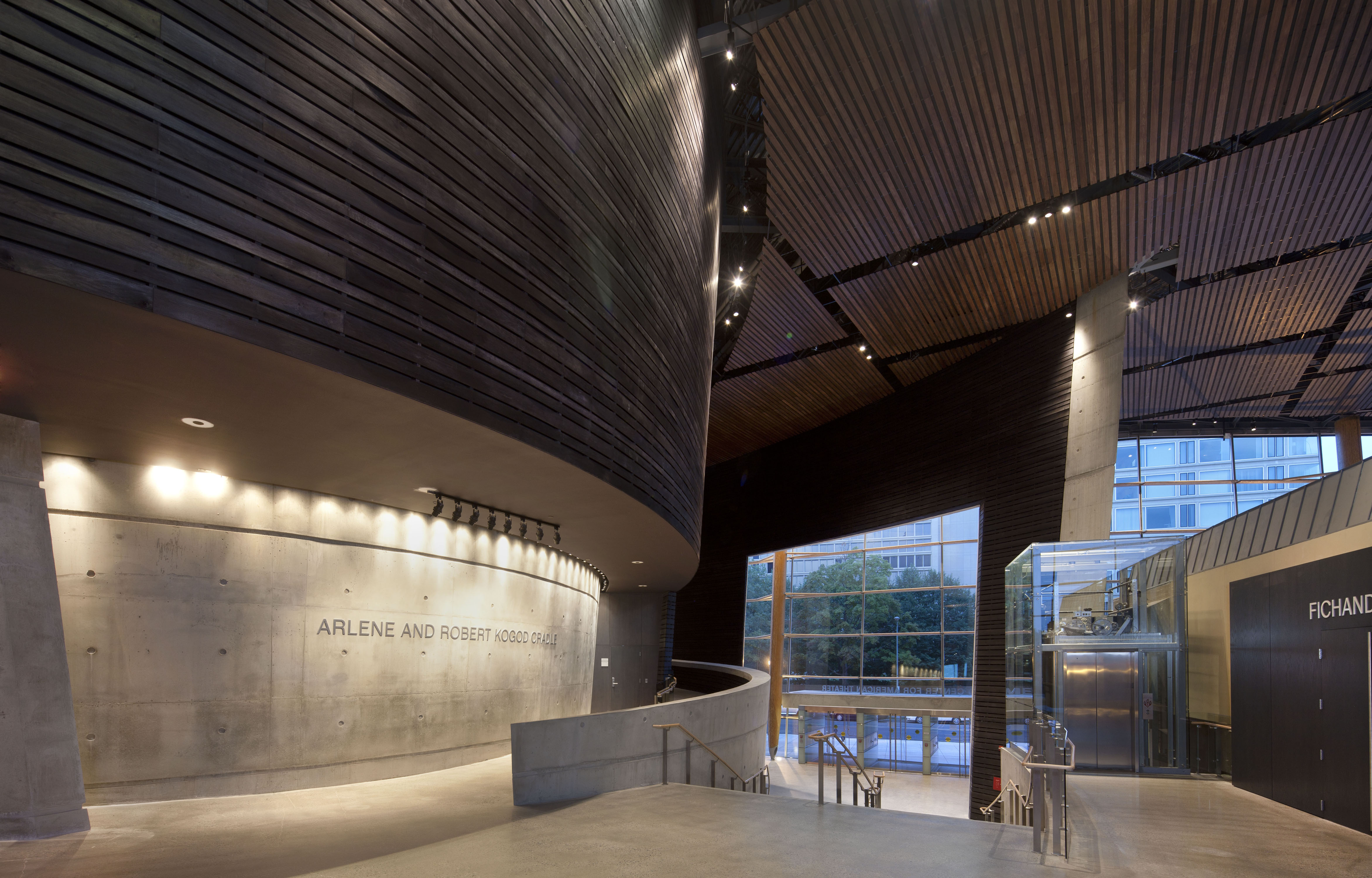 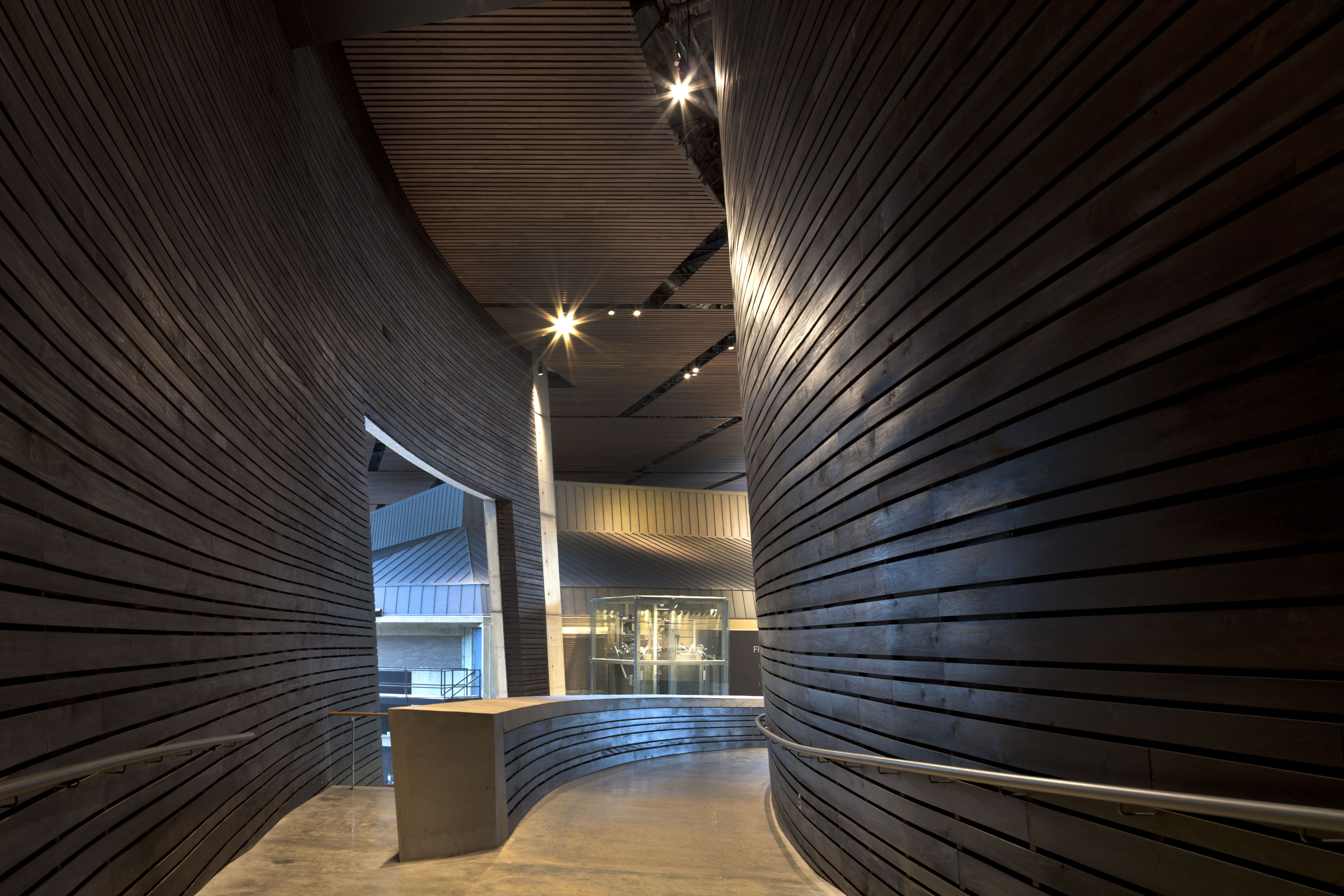 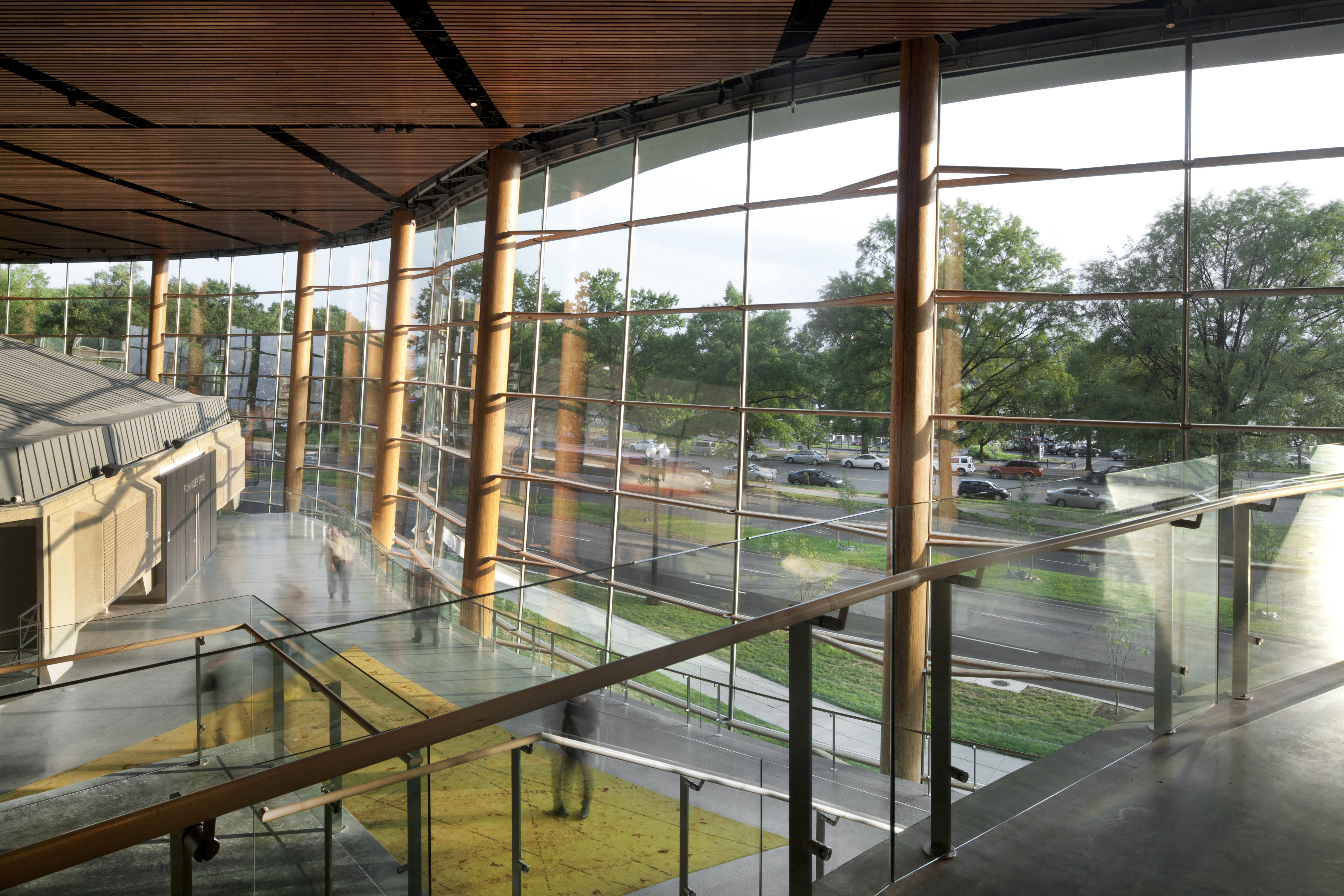 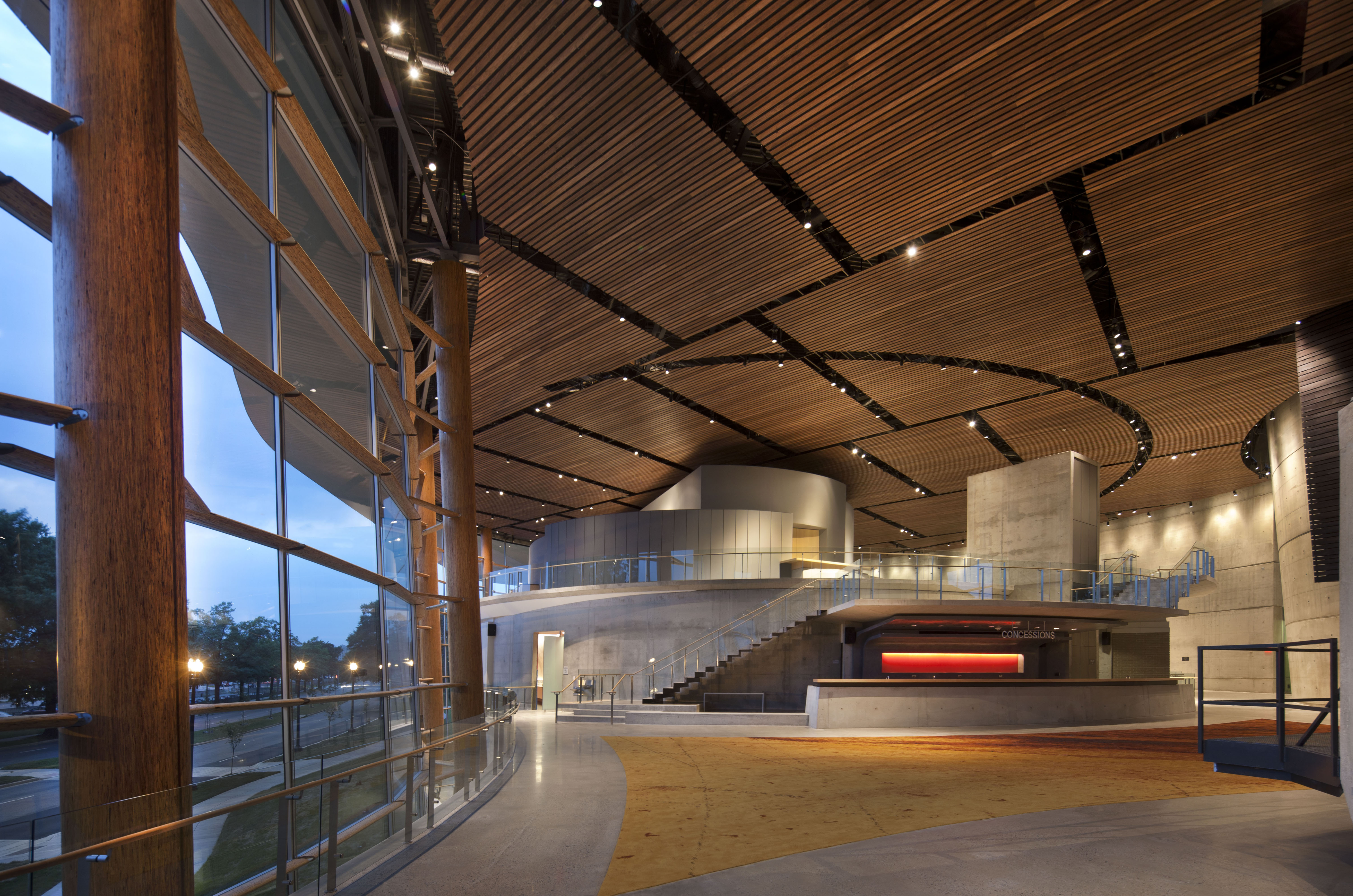 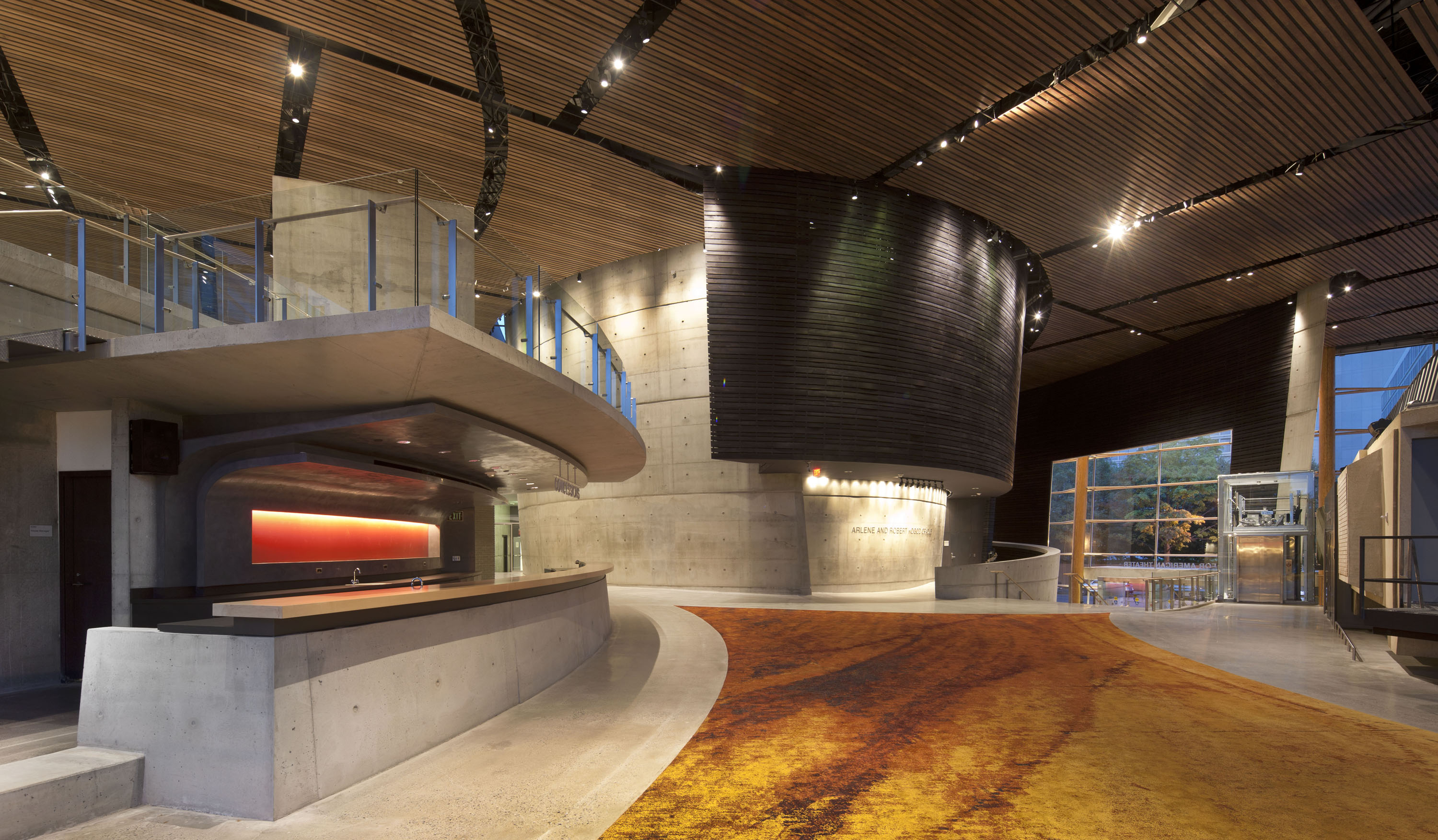 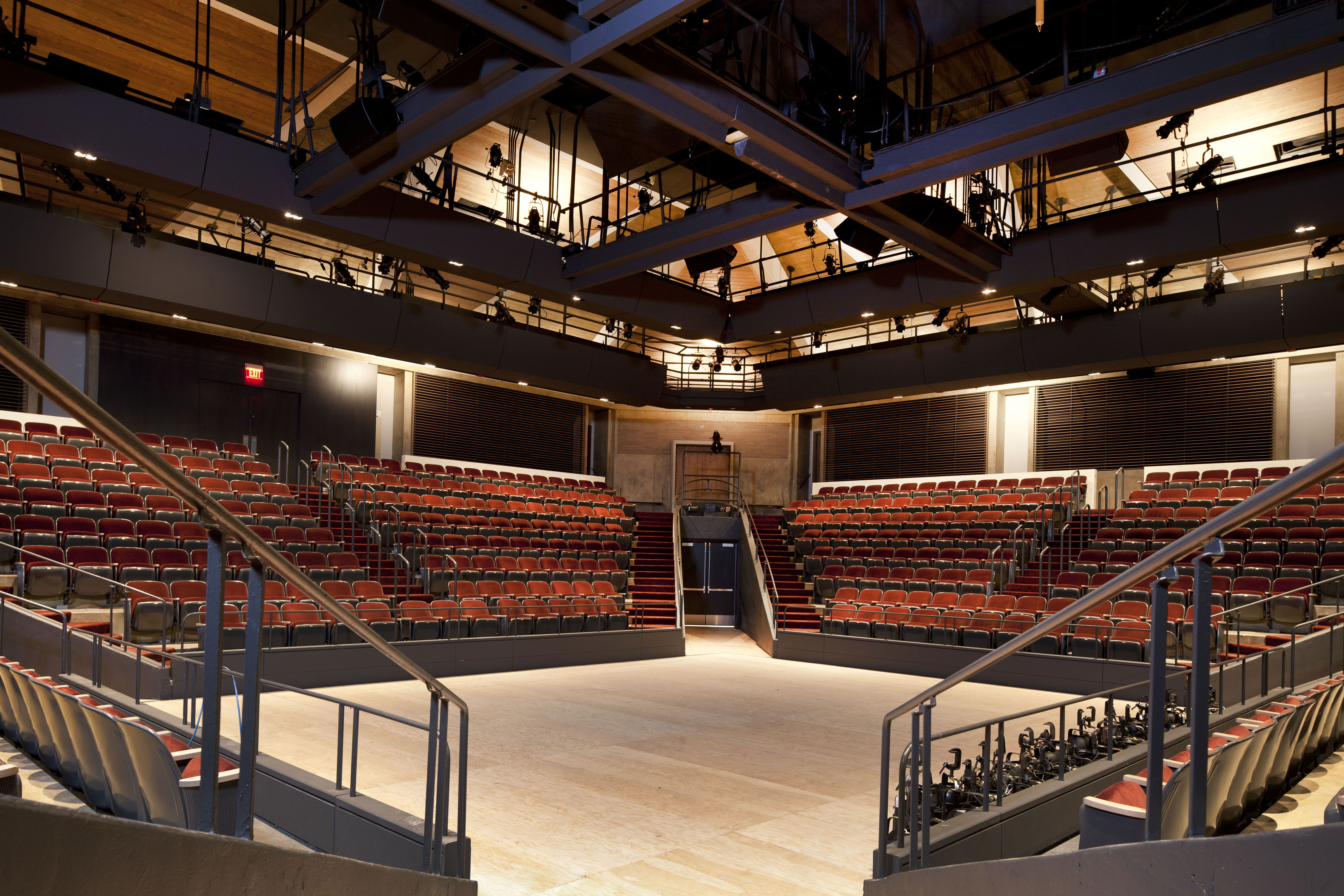