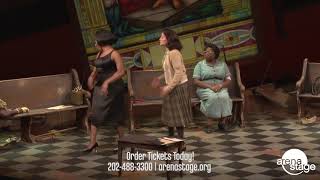 “A moving and gorgeous testimonial”

Velvet-throated songstress Nina Simone hypnotized audiences with her signature renditions of standards from the American songbook. But on September 15, 1963, a devastating explosion in Birmingham, Alabama rocked our entire nation to the core, and from the memory of the four little girls that were lost in this unimaginable tragedy came “Four Women” — along with Simone’s other activist anthems like “Mississippi Goddam,” “Old Jim Crow” and “To Be Young, Gifted and Black.” Through storytelling and song, Nina Simone: Four Women reveals how this iconic chanteuse found her true voice — and how the “High Priestess of Soul” helped define the sound of the Civil Rights Movement.

is excited to make her debut at Arena Stage. D.C.-area credits include Caroline or Change (Stillpointe Theatre, Round House); A Raisin in the Sun and If I Hold My Tongue (Compass Rose Theatre); Wiley and the Hairy Man(Imagination Stage); Once on This Island (Olney); Ain’t Misbehavin’ (Riverside Theatre); and Les Misérables and a Helen Hayes Award for The Color Purple (Toby’s Dinner Theatre). Regional credits include I Dream (Alliance Theatre); Smokey Joe’s Café(Atlanta Lyric Theatre); Three Sistahs (Horizon Theatre); Member of the Wedding and Seussical (Springer Opera House); True Story of the 3 Little Pigs (Theatre in the Square); Alice Thru the Wonderglass (Synchronicity Theatre); and Heartbeats (Aurora Theatre). Theresa studied musical theater at Syracuse University.

appeared at Arena Stage in The Women of Brewster Place (Helen Hayes nomination), The Piano Lesson, Polk County (Helen Hayes nomination), From the Mississippi Delta and A Wonderful Life. Broadway credits include Amelie, Amazing Grace, The American Plan, Mamma Mia and Once on This Island. Off-Broadway credits include Rimbaud (BAM); On the Levee; Crowns (AUDELCO Award winner); Lone Star Love; Dinah Was; and Inside Out. Regional credits include Reunion(Ford’s Theatre); The House That Will Not Stand (Yale Repertory/Berkeley Repertory, TBA Award winner); dance of the holy ghosts (Yale Repertory); Breath and Imagination(ArtsEmerson); LMNOP (Goodspeed), Ambassador Satch (Dubai); and Seven Guitars(Center Stage). Film/TV credits include Winter’s Tale, Collateral Beauty, Welcome to the Wayne, Orange is the New Black, Rescue Me and Law & Order. She received her B.F.A. from Howard University. “WGATAP!” Twitter:@divafoyh. www.harriettdfoy.com

plays have been developed and produced both nationally and internationally with the Kennedy Center, The Guthrie, Goodman Theatre and the Tokyo International Arts Festival, among others. Her play Four Little Girls was directed by Phylicia Rashad at the Kennedy Center to commemorate the 50th anniversary of the 16th Street Baptist Church bombing. Christina is a two-time recipient of a McKnight Fellowship in Playwriting Award and a Jerome Fellowship from the Playwrights’ Center in Minneapolis. Her plays are published by Dramatic Publishing. A graduate of the University of Southern California with an M.F.A. in playwriting from the UCLA School of Theater, Film, and Television, Christina is a Core Writer of the Playwrights’ Center and the playwright-in-residence at Pillsbury House Theatre in Minneapolis. www.christinaham.com

last appeared at Arena Stage as Lady in Trust Me as part of the Kogod Cradle Series. D.C. credits include Faith in Wig Out! (Studio Theatre) and New York credits include Klytmnestra in Klytmnestra: An Epic Slam Poem (WOW Theater Café). Considered one of the most prolific artists of our time, she is the first TWOC to publish a work of fiction in D.C., and released her 10th book in August. She was the first TWOC to be nominated for a Helen Hayes Award (Outstanding Choreography for Theater Alliance’s Dontrell Who Kissed the Sea.) As an advocate, she is the founder of The Inanna D Initiatives and has created several arts advocacy initiatives to help combat the erasure of TGNC Artist of Color. www.LadyDaneFE.com

returns to Arena Stage where design credits include The Pajama Game, Smart People, A Raisin in the Sun, Watch on the Rhine, Carousel, The Little Foxes, All the Way, Oliver!, Destiny of Desire, Fiddler on the Roof, Mother Courage and Her Children and The Music Man. Recent credits include A Little Night Music (Signature Theatre), La Pietra Del Paragone (Wolf Trap), Le Nozze di Figaro (Nishinomiya, Japan) and Death of a Salesman(Ford’s Theatre). Her designs have been seen at the Kennedy Center, Opera Philadelphia, Shakespeare Theatre Company, Washington Ballet and Saito Kinen Festival in Matsumoto, Japan. Anne was the resident wig/makeup designer for the Baltimore Opera and has created wigs for Smithsonian National Portrait Gallery programs, Investigation Discovery’s Ice Cold Killers, Maryland Public Television and the U.S. Army’s tour Spirit of America.

is happy to return for his ninth production at Arena Stage. Cliff is a native Virginian and has been choreographing and directing for the last 12 years, primarily in the D.C. area. Favorite credits include The Shoplifters, Long Day’s Journey into Night and Gem of the Ocean (Arena Stage); As You Like It (Center Stage); Chimerica (Studio Theatre); Dead Man’s Cell Phone (Woolly Mammoth); Dracula, The Scene and Six Years(Actors Theatre of Louisville); Angels in America (Forum Theatre); and The Argument and Yentl (Theater J). www.CliffWilliamsIII.net

is currently Theatre Adviser to the Arts Council of Ireland and dramaturg at American Voices New Play Institute at Arena Stage in Washington, D.C. He has taught dramaturgy at the John Kennedy Centre for the Performing Arts, Columbia University, NYU Abu Dhabi, and Trinity College Dublin. He was the Commissioning and Literary Manager of the Abbey Theatre for four years, and lead theatre critic with The Sunday Tribune for nine years. He is an associate artist with The Civilians and Theatre Mitu in New York. He has written six plays for Anne Bogart and the SITI Company – Bob, Alice’s Adventures Underground, Room, Score, Antigone and Trojan Women (After Euripides). Chess Game No. 5, his new collaboration with the company, premiered in New York in March.

returns to Arena after serving as stage manager for A Raisin in the Sun, The Little Foxes and Love in Afghanistan. Christi spent 12 seasons on the stage management staff at the Denver Center Theatre Company, four summer seasons with The Great River Shakespeare Festival and just finished Shakespeare in Love with Virginia Repertory Theatre in Richmond, VA.

Arena Stage credits include A Raisin in the Sun, Roe, Moby Dick, All the Way, Erma Bombeck: At Wit’s End, King Hedley II, Five Guys Named Moe, The Mountaintop, Metamorphoses and Duke Ellington’s Sophisticated Ladies. Additional D.C. credits include A Midsummer Night’s Dream and Rosencrantz and Guildenstern Are Dead (Folger Theatre); Angels in America: Parts 1 and 2 (Round House); Wig Out! (Studio Theatre) and The Arsonists, You for Me for You and Mr. Burns, A Post-Electric Play (Woolly Mammoth). She is a graduate of the University of North Carolina School of the Arts and a proud member of Actors’ Equity Association. 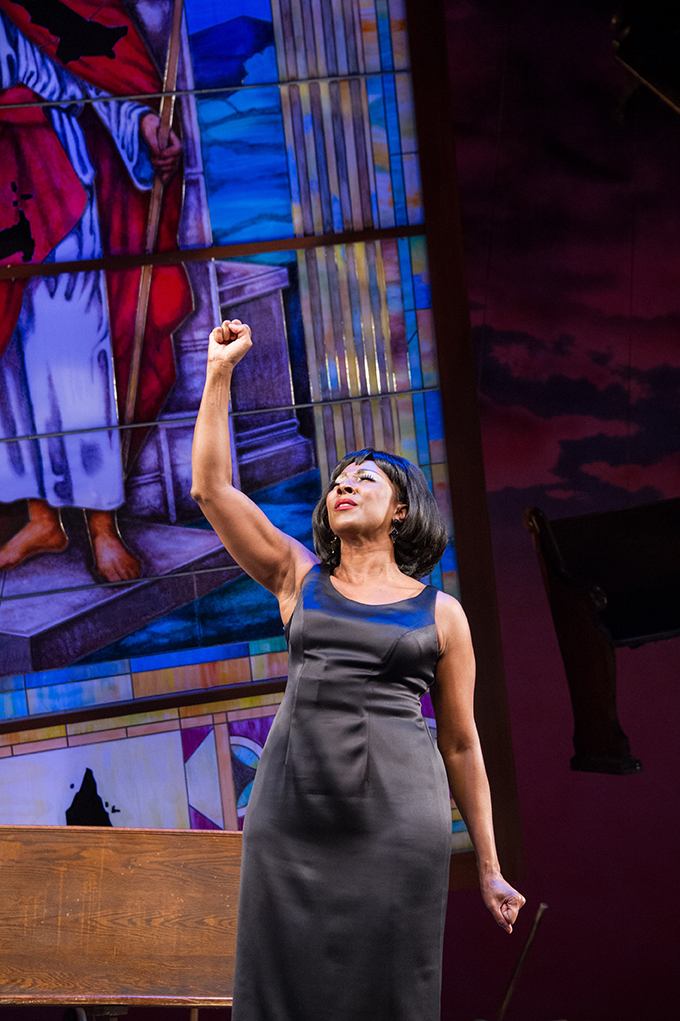 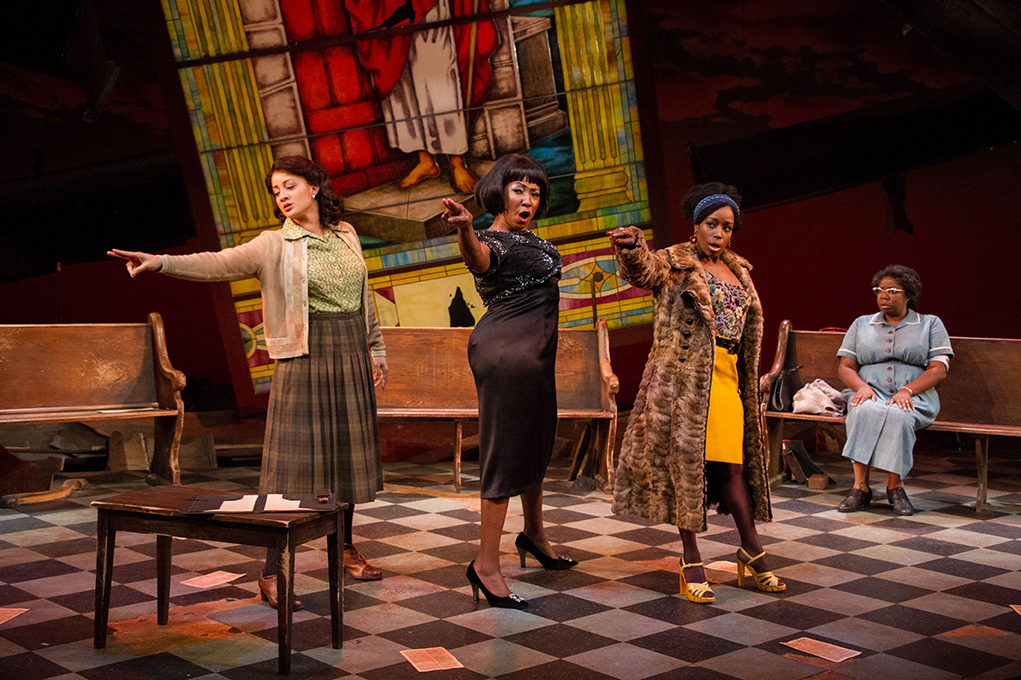 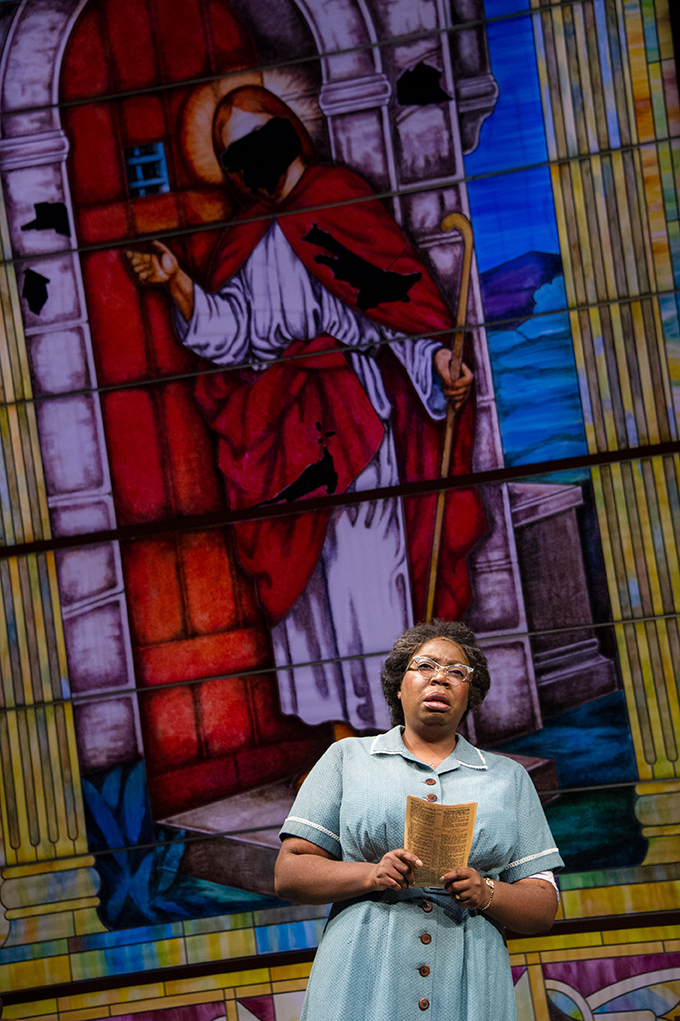 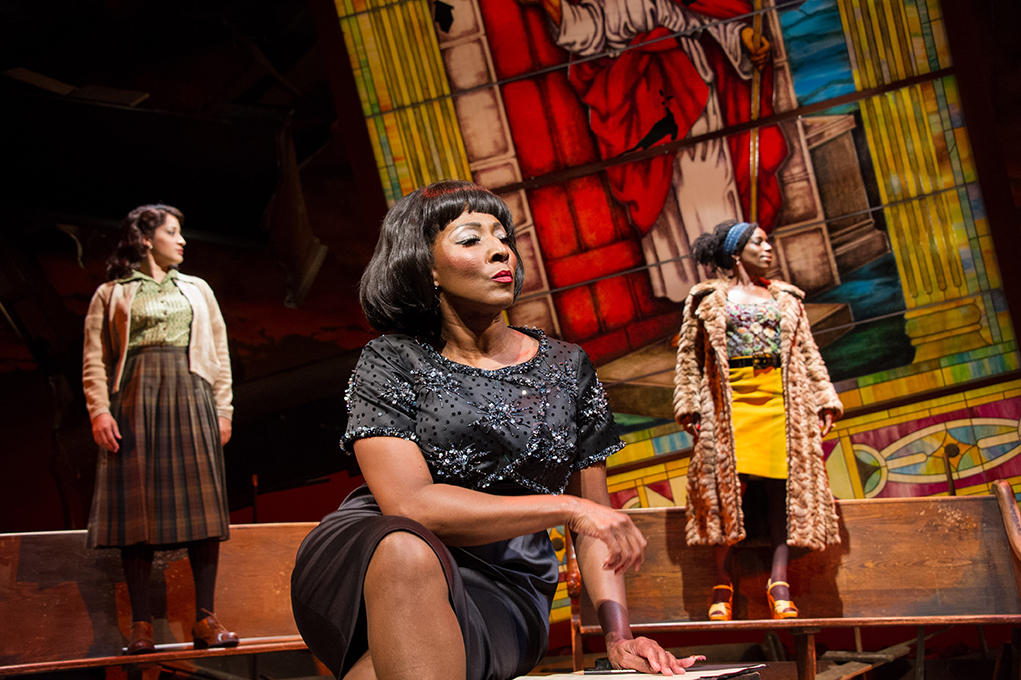 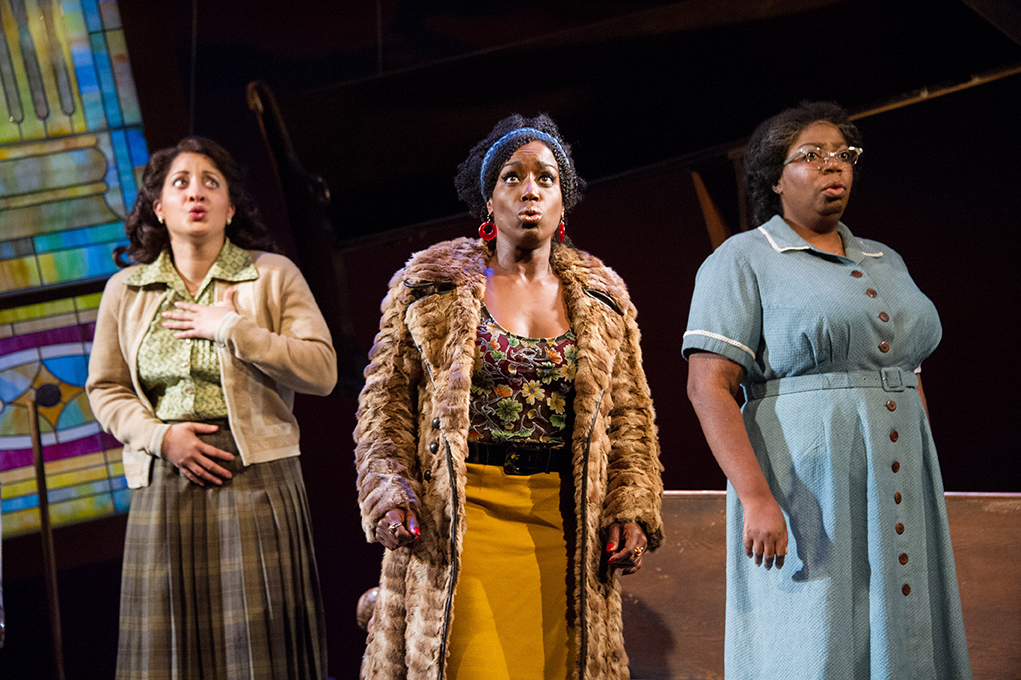