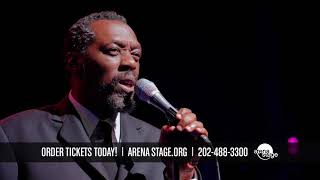 “Brilliant. Takes your breath away.”

This intimate and no-holds-barred drama chronicles Dick Gregory’s rise as the first Black comedian to expose audiences to racial comedy. His comedy spared no one including politicians, celebrities and the white supremacists who were part of his regular audience. In confronting bigotry head-on with biting humor and charm, Gregory turned his activism into an art form, risking his own safety at each performance. “Scorchingly funny and brilliant” (The New York Times), Turn Me Loose is an exuberant and raw tribute to Gregory’s life as a civil rights activist, comic genius and unapologetic provocateur.

JOHN CARLIN (Stand-up Comic / Emcee / Interviewer / Heckler / Cabbie) is thrilled to reprise the role he originated in Turn Me Loose, for his Arena Stage debut. Recent Off-Broadway productions include America Is Hard to See (HERE Arts), Turn Me Loose (Westside Theatre) and Uncle Vanya (The Pearl). Regional credits include Turn Me Loose (Wallis Annenberg), Dead Accounts and Time Stands Still (Hampton Theatre Company), Oklahoma! (Bard Summerscape) and Hadestown (NYTW summer residency). Film/TV credits include Roddy and Doddy, See You Around, The System and A Crime to Remember. A former RCA recording artist and independent solo artist, John is a member of Reverend Billy & The Stop Shopping Choir, a radical NYC-based performance community that has toured Europe and the US, opened for Neil Young and travelled to Ferguson, MO, Standing Rock, ND, and the D.C. headquarters of the EPA and FERC. Love and gratitude to DG, Lillian and the entire Gregory family.

GRETCHEN LAW (Playwright) is the author of five full-length plays: The Adventures of A Black Girl In Search Of Her God was adapted from a Bernard Shaw story of the same title and has been approved for production by The Society of Authors; Al Sharpton for President was a semi-finalist in the Eugene O’Neill National Playwright’s Conference 2006; Turn Me Loose was workshopped by Atlantic Theater Company, New York Stage and Film and at New York Theatre Workshop; additionally, History Lessons and Loving Charley Pride, have been read at the National Black Theater Festival, The Players, The National Arts Club, the Harlem Theater Company, the LAByrinth Theater Company and The Dramatist Guild, of which she is a member. She is a longtime member of the Frank Silvera Writers Workshop. Gretchen is a practicing psychotherapist with degrees from Yale Divinity School and the Columbia University School of Social Work. In 1991, she founded the Parents’ Foundation, 100 Broadway, in New Haven, CT, a residential community for adults with psychiatric illnesses. She resides in Guilford, CT.

JOHN GOULD RUBIN (Director) is the Artistic Director of The Private Theater and former co-Artistic/Executive Director of LAByrinth Theater for which he directed seven plays including premieres by John Patrick Shanley and Erin Cressida Wilson. He originally created Turn Me Loose at LAByrinth as part of collection of writings entitled ’68, and then directed the show off-Broadway at The Westside Theatre (nominated for the Joe Calloway Award for Best Director) and at The Wallis Annenberg Center. He directed American Buffalo with Treat Williams and Stephen Adly Guirgis at The Dorset Theatre Festival, where he also directed Outside Mullingar. He’s directed at Rattlestick, Ma-Yi, The Public and the Soho Theatre in London among others. Notable credits include Peer Gynt (The International Ibsen Festival in Oslo); Playing with Fire (a deconstruction of Strindberg’s one-act play about voyeurism, exhibitionism and wife-swapping at The Box); a site-specific Hedda Gabler in a townhouse for 25 people; Queen for A Day with David Proval and Vincent Pastore (off-Broadway); and The Cherry Orchard with Ellen Burstyn (The Actors Studio). Current projects include a radical new version of A Doll House (recently developed through a Collaborative Residency at The Marble House Project); Rocco, Chelsea, Adriana Sean, Claudia, Gianna, Alex (a devised project about the consciousness of conflict and the American Political Divide); and an all Afro-German production of Hedda Gabler (Berlin).

SUSAN HILFERTY (Costume Designer) has designed costumes and/or scenery for over 350 productions across the globe. Her work on Broadway includes Wicked (Tony, Drama Desk and Outer Critics Circle awards. Currently in its 15th year); Present Laughter; Spring Awakening; Lestat (all Tony nominated); and Into the Woods (Tony nomination and Hewes Award). Her recent Off-Broadway credits include: An Ordinary Muslim (NYTW), Illyria (Public Theatre); "MASTER HAROLD”…and the Boys (Signature Theatre) written and directed by Athol Fugard (with whom she has designed and/or co-directed 41 productions around the world). Her work on Salomé for the Shakespeare Theatre Company earned her the 2016 Helen Hayes award for Outstanding Set Design. She is Chair of the Department of Design for Stage and Film at NYU’s Tisch School of the Arts. susanhilferty.com

KIM JAMES BEY (Vocal Coach) has been the vocal and dialect coach for numerous productions, including Arena Stage productions of Ruined, Cuttin’ Up, The Goat, or, Who is Sylvia?, The Piano Lesson and Anna in the Tropics. Recent dialect credits are with Mosaic Theater for Queens Girl in Africa, Blood Knot, A Human Being Died That Night and Unexplored Interiors. Other select credits include The Octoroon and The Convert at Woolly Mammoth. With Studio Theatre, Kim was the dialect coach for In the Red and Brown Water, Invisible Man and, Passing Strange. For Ford’s Theatre, Necessary Sacrifices and Black Pearl Sings! And In Darfur at Theatre J. Kim James Bey is Professor of Theatre/Acting at Howard University, and is certified in Fitzmaurice Voicework. M.F.A.: Rutgers University. 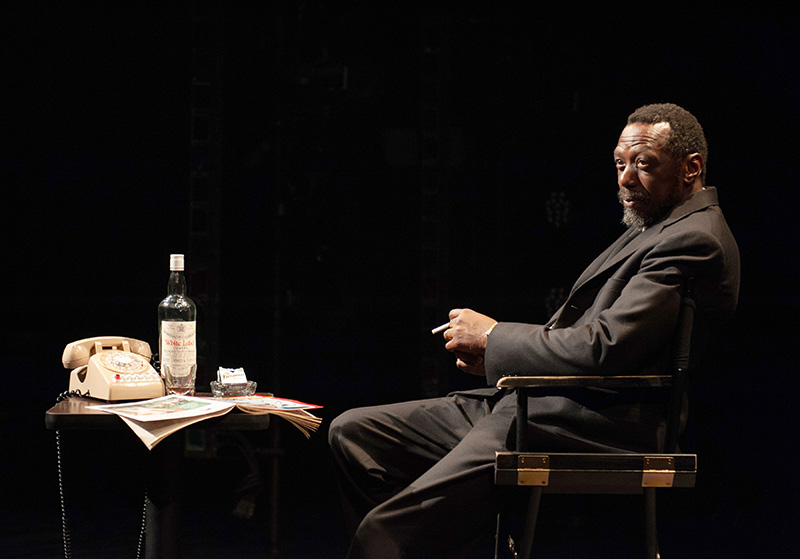 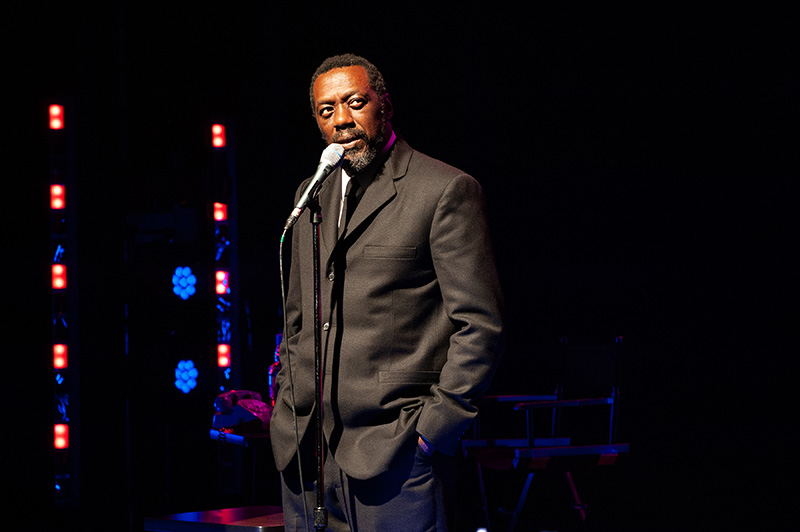 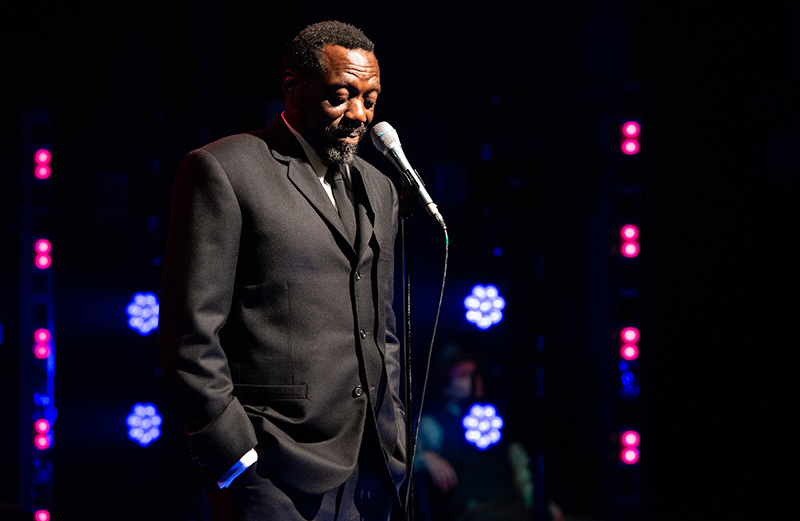 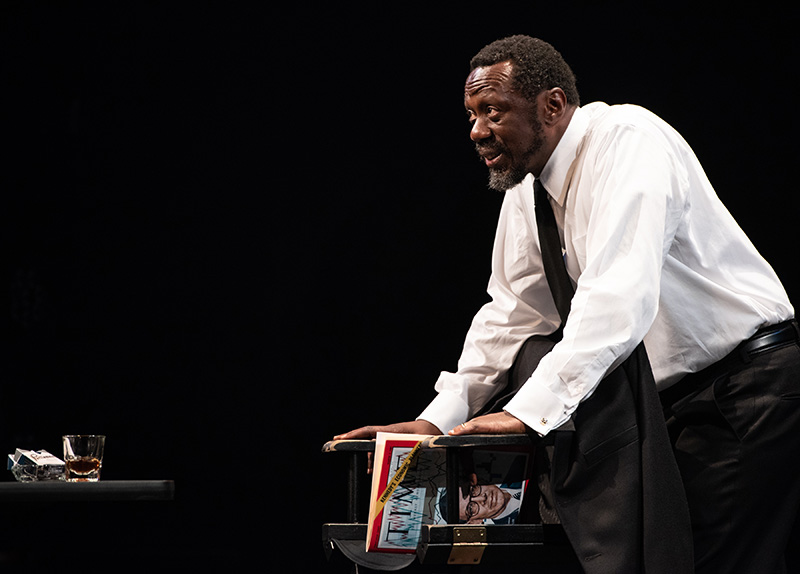 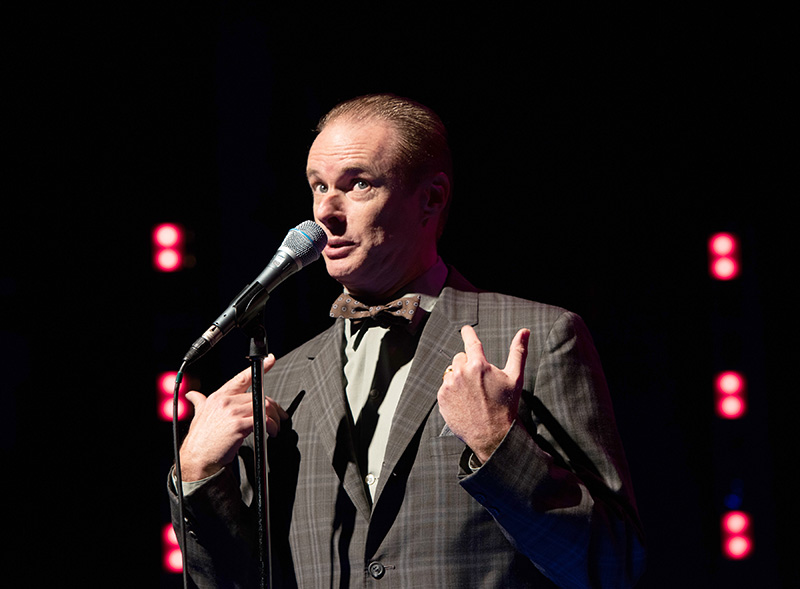 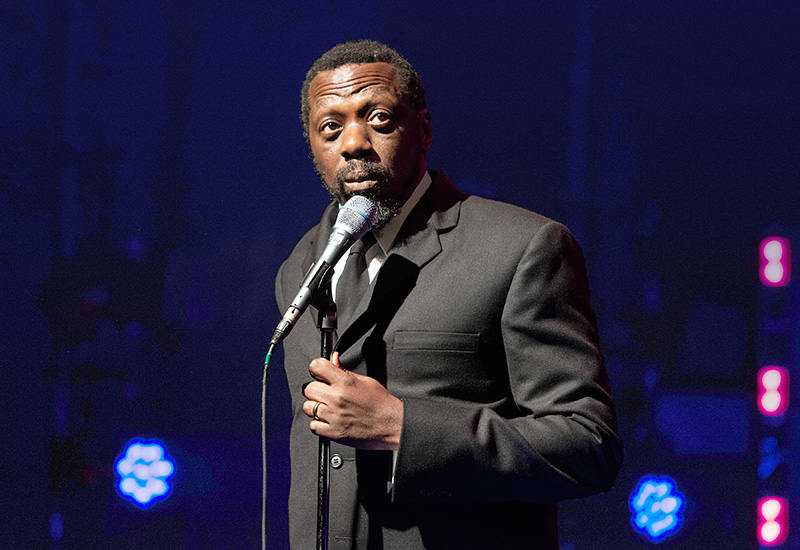 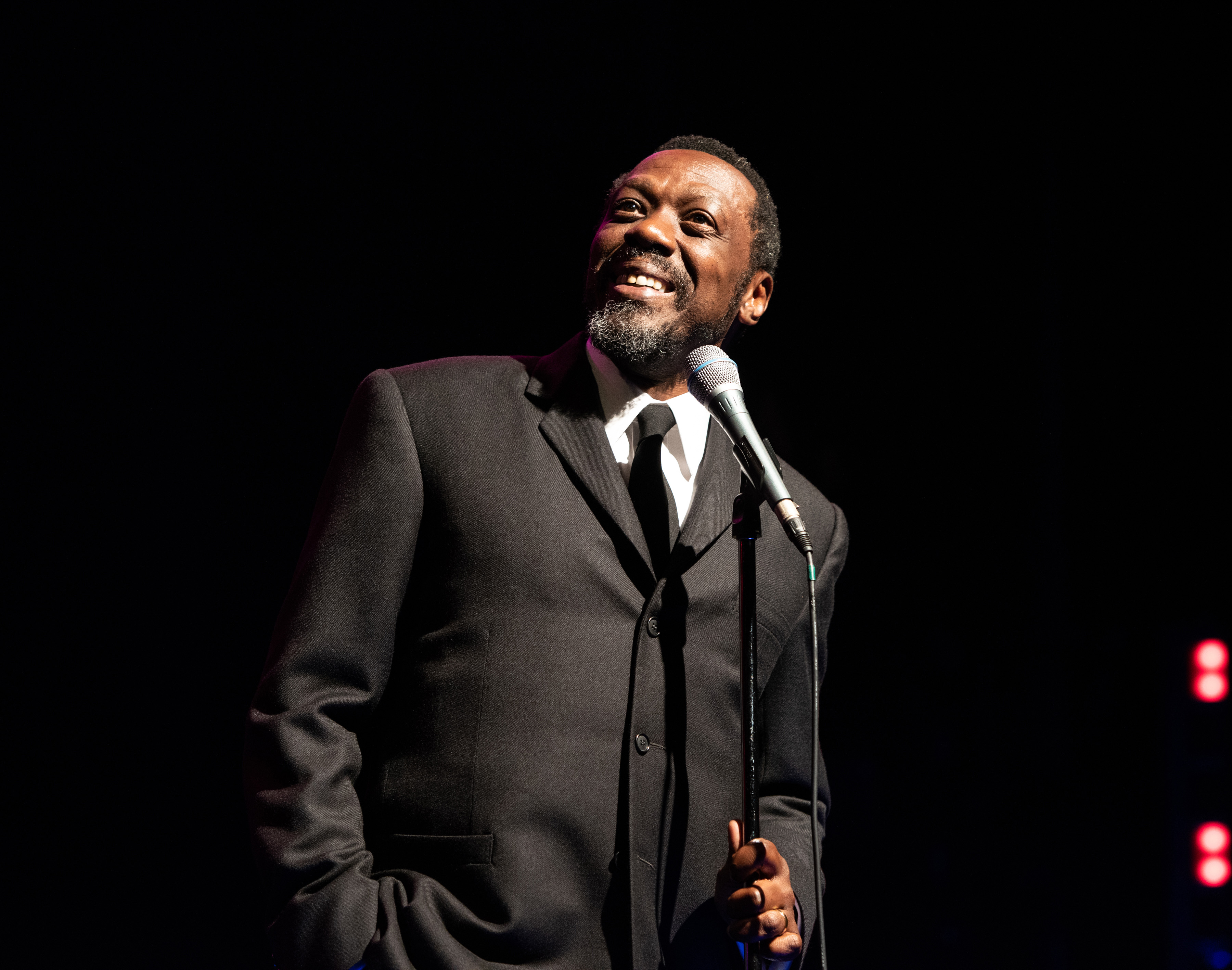 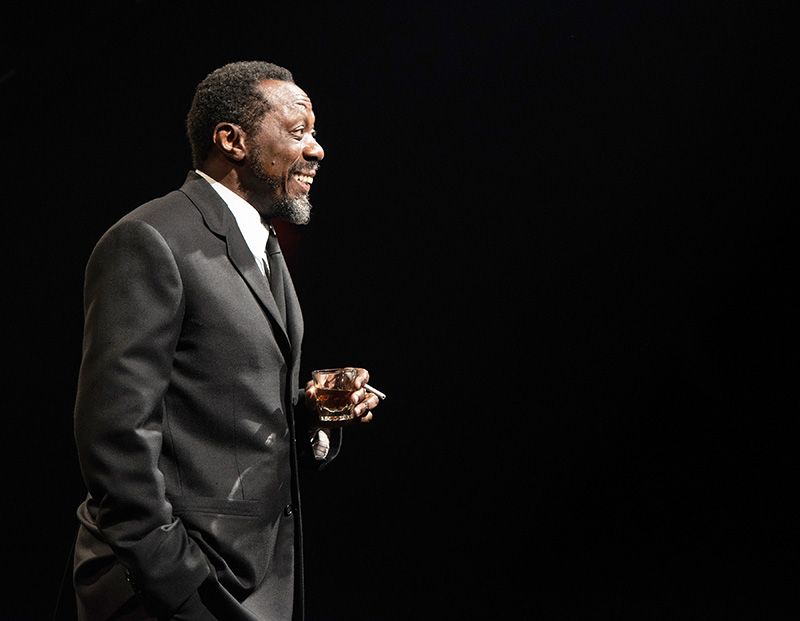 Dick Gregory lives on in Turn Me Loose

Arena Stage turns him loose with Turn Me Loose

WUSA9 - Off Script with Bruce Johnson

Christian Gregory discusses the richness of Turn Me Loose

Turn Me Loose extended due to popular demand

Turn Me Loose tells the story of Dick Gregory

Edwin Lee Gibson takes on the role of a lifetime

A legend is remembered and celebrated at Arena Stage

For the love of Dick Gregory

Full Cast Announced for Turn Me Loose at Arena Stage

Arena Stage looks into history for inspiration in 2018/19 season

The 69th lineup at the Washington, D.C. venue will also include the a cappella musical Jubilee and Junk.

Civil Dialogues
Sunday, September 16, 2018: No deplorables here; how to understand each other
A dialogue of Trump supporters and opponents.

Sunday, October 14, 2018: Exploring well-being in a digital world
In the digital age, does constant technology connection undermine our well-being? How can we use technology to improve our overall health? Can we prevent cyberbullying and online hate speech?
Learn more