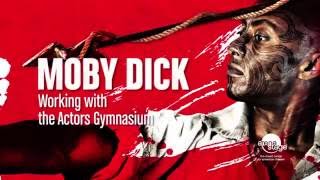 Set sail on the holiday season's biggest adventure! Melville's classic tale of man's obsessive battle against nature comes to life in "a triumph of grand theatrical imagination, deep thought, superb acting and eye-popping, ingeniously deployed physical daring" (Chicago Sun-Times). Innovative staging fused with bold trapeze and acrobatic work turn this seafaring classic into a death-defying experiment in aerial storytelling. Climb aboard with Captain Ahab and the crew of the good ship Pequod in this harrowing and intoxicating quest for the great white whale.

makes her Arena Stage debut. A Chicago based actress, she received her degree in theater from Northwestern University and can be seen in a recent episode of Chicago Med. She is happy to be represented by Stewart Talent. Many thanks and much love to my mother, my family in Vermont and dear friends who have helped along the way.

makes her Arena Stage debut. She has been performing, singing, directing and producing in Chicago since 2004. She has worked with Chicago-based theater companies including Lookingglass, Manual Cinema, Chicago Children’s Theatre, Blair Thomas & Co., Redmoon, Dog & Pony, Trap Door, Theater Wit, Red Tape, Oracle and Collaboraction. Kasey sings with Chicago bands Grood, Babe-alon 5, Old Timey and This Must be the Band. She has directed/choreographed over 30 original works and produces an annual series called Dance Tribute. Foster was most recently seen in Mary Zimmerman’s Treasure Island (Berkeley Repertory). Thanks to all for supporting the arts! They make everything better.

returns to Arena Stage, where he previously appeared in Metamorphoses, a play he performed as part of the original Broadway (Circle in the Square) and Off-Broadway (Second Stage) casts and numerous productions elsewhere. His notable regional credits include Simon Craig in Blood and Gifts (TimeLine Theatre, 2013 Equity Jeff Award, Supporting Actor, Play), Prince Hal in Henry IV (Court Theatre) and Valentine Coverly in Arcadia (Meadow Brook Theatre). Raymond is an ensemble member of Chicago’s Lookingglass where he co-adapted The Old Curiosity Shop with Laura Eason and Heidi Stillman (shared 2006 Joseph Jefferson Award, New Adaptation). Raymond was a member of the Young Company of the Stratford Festival (Ontario) in 1996. He is a graduate of Northwestern University and the A.R.T. Institute at Harvard University.

makes his Arena Stage debut. His circus career has given him the opportunity to work with companies including Lookingglass, The Actors Gymnasium and Midnight Circus. He attained his skills in a variety of performing acts at Juventas circus school in Saint Paul, Minnesota. Tumbling, teeterboard, acro and Russian bar are among the skills he attained, but above all, he specializes in aerial straps and Chinese pole, performing with male and female partners. He graduated from the University of Minnesota in 2012, with a degree in kinesiology with emphasis on clinical movement and science.

makes his Arena Stage debut. He is a company member with House Theatre of Chicago, where he regularly writes and performs. With Nathan Allen and Jake Minton, he co-wrote The Sparrow (Jeff Award, New Work) and Rose and the Rime. With Allen, he co-wrote The Hammer Trinity (House Theatre and the Adrienne Arsht Center). He has also written and directed original circus theater plays for family-friendly audiences at The Actors Gymnasium. As an actor, he has performed with House Theatre, Lookingglass and The Actors Gymnasium, among others. Chris provides motion capture performance for video game maker Netherrealm Studios, having been featured in the “Mortal Kombat” franchise titles (Johnny Cage) and “Injustice: Gods Among Us” (Batman). Thanks for hosting us, come visit us in Chicago!

SYLVIA HERNANDEZ-DiSTASI (Aerial/Acrobatic Choreography) has been an artistic associate at Lookingglass since 1999, winning three of her four Joseph Jefferson Awards for choreography with the company. Lookingglass credits include Baron in The Trees (Jeff Award), Hard Times (Jeff Award), Lookingglass Alice (Jeff Award), Icarus (Jeff nomination) and Moby Dick (Jeff Award, Best Production). Other theater credits include All Night Strut (Marriott Theatre, Jeff Award,) Steppenwolf and Chicago Shakespeare Theater, among others. Sylvia is a recipient of the 2014 3Arts Award for Design and the Illinois Theatre Associations 2015 Award of Honor for Outstanding Contributions. She was last seen performing on stage in Marney and Phil: A Circus Love Letter (The Actors Gymnasium).

COURTNEY O’NEILL (Set Designer)’s design credits include Moby Dick and The Little Prince (Lookingglass); Julius Caesar (Writers Theatre); The Burials, Life and Limb, The Compass and Of Mice and Men (Steppenwolf); Waiting for Godot (Court Theatre); The Amish Project and Song Man Dance Man (Milwaukee Repertory); Fetch Clay Make Man (Marin Theatre and Round House); When I Come to Die (Kansas City Repertory); The Mountaintop (Virginia Stage); Our Town, Oedipus, The Bald Soprano and Mud (The Hypocrites); and Good for Otto, Bethany and Dirty (The Gift Theatre); among others. She was the associate designer for Fish in the Dark and This is our Youth on Broadway. Courtney received a Jeff Award for Mud. She holds an M.F.A. from Northwestern and a B.F.A. from DePaul University, and currently teaches at both institutions. www.courtneyoneill.com

SULLY RATKE (Costume Designer) is grateful to be a part of such an inspiring project. She is a recent graduate from the stage design M.F.A. program at Northwestern University, with a fascination for all peoples and an intuition for connecting them, particularly through their common use of symbols, rituals and spiritual ideas. She has been lucky to work with some fantastic theater companies in Chicago, including Steppenwolf, Drury Lane, Lookingglass, Griffin Theatre, Northwestern University, Chicago Fringe Opera, The Gift Theatre and Two Pence Theatre Company. Gratitude to David and the team for including her in this great work. Enjoy the show! www.sullyratke.com

ISAAC SCHOEPP (Rigging Designer)’s rigging design credits include Moby Dick (Lookingglass, Alliance Theatre) and Marnie and Phil: A Circus Love Letter, Circuscope and Magical Exploding Boy (The Actors Gymnasium). He serves as rigging designer for next spring’s The Year I Didn’t Go to School (Chicago Children’s Theatre). Assistant rigging design to Lee Brasuell includes Lookingglass Alice, The Little Prince and Peter Pan: A Play (Lookingglass) and Cascabel (Goodman, Lookingglass). Performer rigging for The Little Mermaid (Chicago Shakespeare Theatre) and Home of the Brave (Merrimack Repertory Theatre). He received the 2015 Jeff Award for Artistic Specialization for his rigging design for Moby Dick. He also coordinates the Christ College Freshman Drama Workshop at Valparaiso University, where he received his B.A. in theater and humanities. Much love to Claire.

KATHY LOGELIN (Dialect Coach) is happy to return to coach Moby Dick, having previously coached the 2015 Lookingglass production. Other coaching credits include Treasure Island (Lookingglass), Spinning and Little World of Our Own (Irish Theatre of Chicago), The Mutilated (A Red Orchid Theatre), All the Way (TheatreSquared), Pygmalion (Oak Park Festival Theatre) and Persuasion (Chamber Opera Chicago at the Edinburgh Festival Fringe). Kathy holds a B.S. in acting from Illinois State University and is a company member of Rivendell Theatre Ensemble.

MARY HUNGERFORD (Stage Manager) is honored to return to The Pequod with this amazing group of artists after working on the original production at Lookingglass in 2015. Other Lookingglass credits include Blood Wedding, Treasure Island, Lookingglass Alice and Ethan Frome. In Chicago, she has worked with Chicago Shakespeare Theater, Steppenwolf, TimeLine Theatre and Writers Theatre. Most recently, she collaborated with the Globe Theatre’s international touring production of The Merchant of Venice during their run at Chicago Shakespeare Theater. Mary is a proud member of Actors’ Equity Association and an alumna of Northwestern University. Endless thanks to Jeff and Kelley.

MARNE ANDERSON (Assistant Stage Manager)’s Arena Stage credits include All the Way, Erma Bombeck: At Wit’s End, King Hedley II, Five Guys Named Moe, Mother Courage and Her Children, The Mountaintop, Metamorphoses, The Arabian Nights and Duke Ellington’s Sophisticated Ladies. Additional D.C. credits include A Midsummer Night’s Dream and Rosencrantz and Guildenstern Are Dead (Folger Theatre); Angels in America: Parts 1 & 2 (Round House); and You for Me for You and Mr. Burns, A Post-Electric Play (Woolly Mammoth). She is a graduate of the University of North Carolina School of the Arts and a proud member of Actors’ Equity Association. She is thankful to her family for all their love and support. 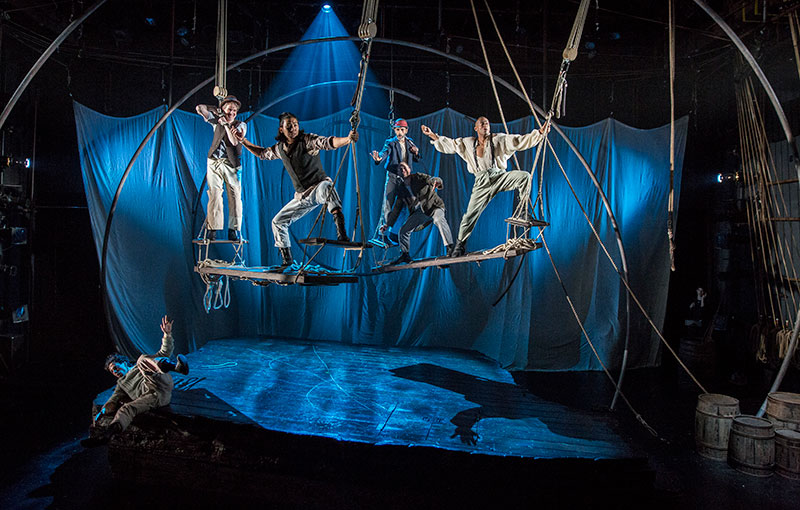 Photo of the cast of 'Moby Dick' by Liz Lauren/Lookingglass Theatre Company. 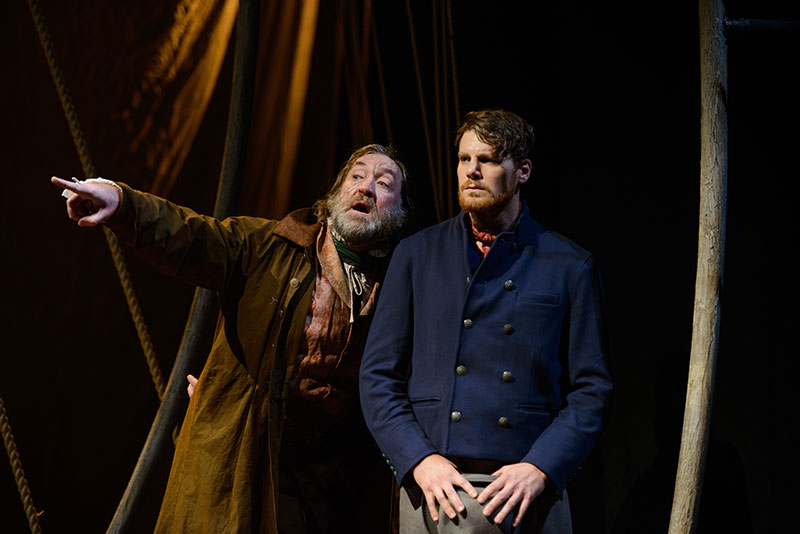 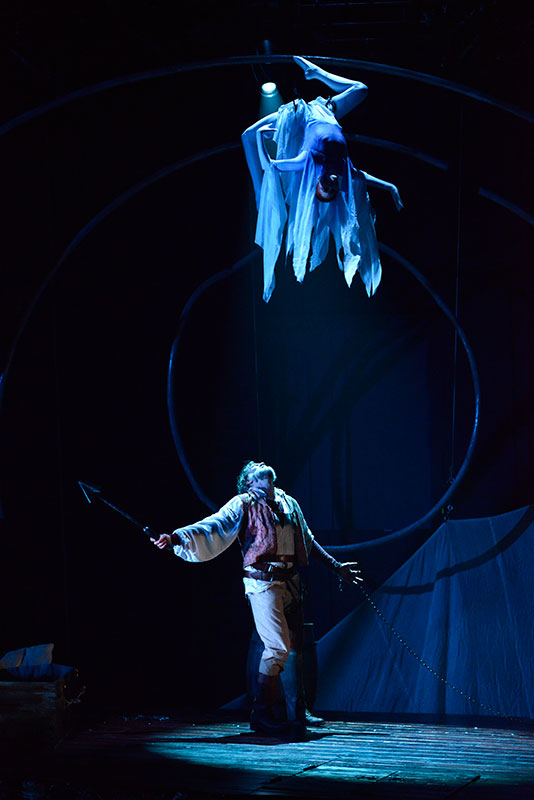 Photo of Christopher Donahue and Cordelia Dewdney by Greg Mooney. 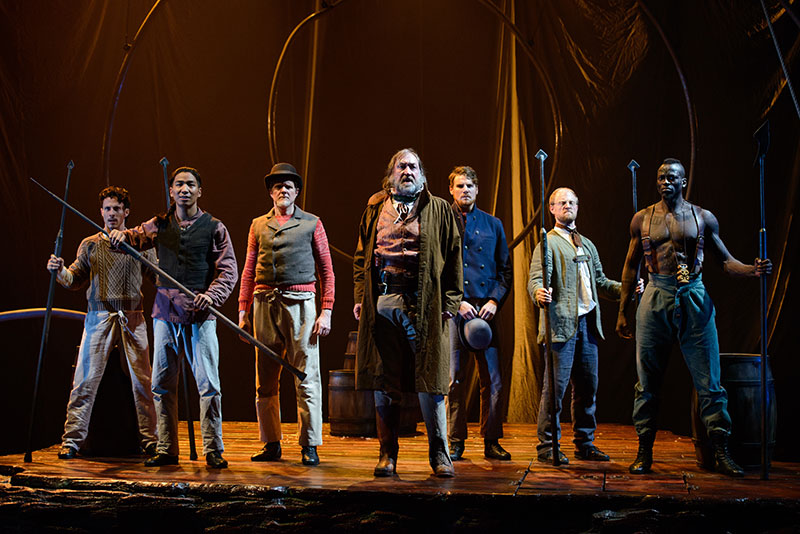 Photo of the cast of <em>Moby Dick</em> by Greg Mooney. 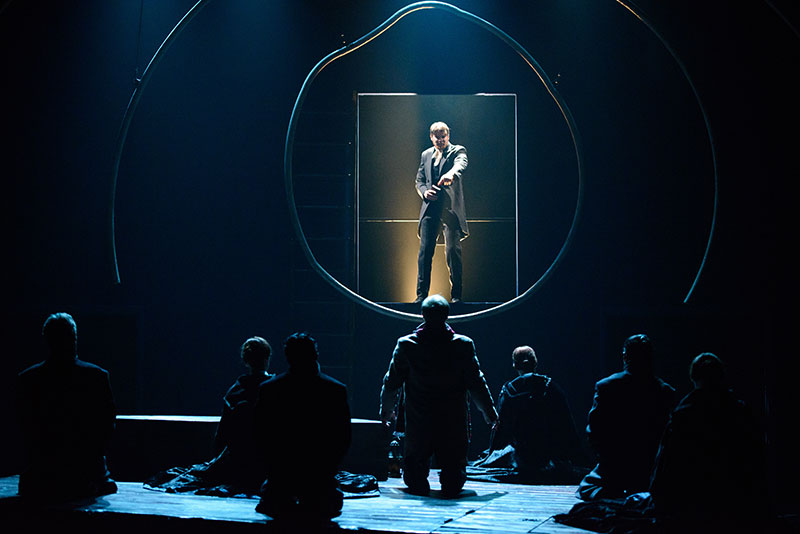 Photo of Walter Owen Briggs and the cast of 'Moby Dick' by Greg Mooney. 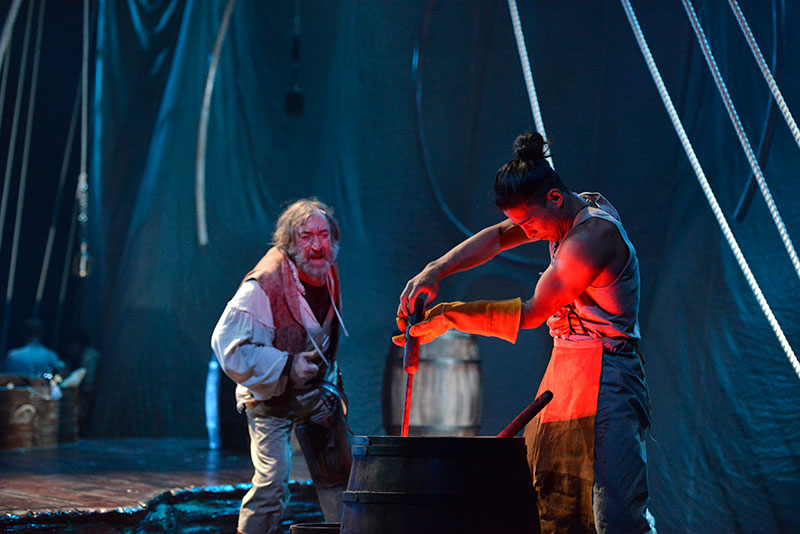 Photo of Christopher Donahue and Javen Ulambayar by Greg Mooney. 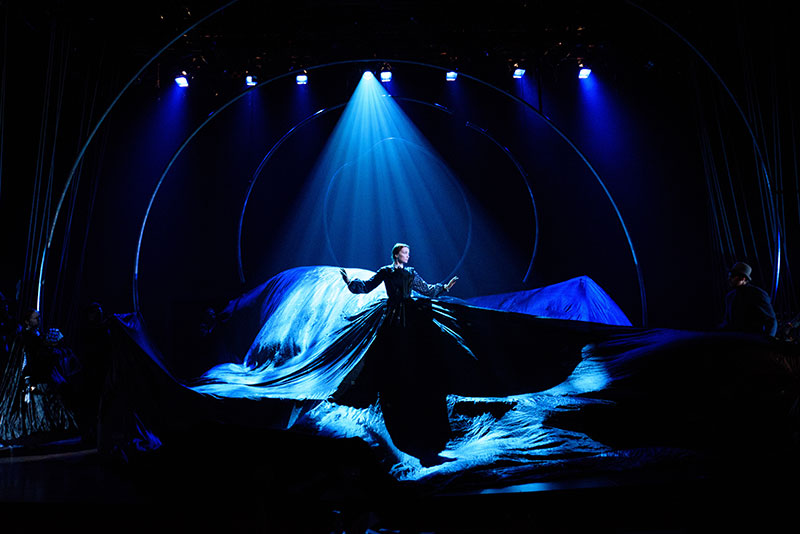 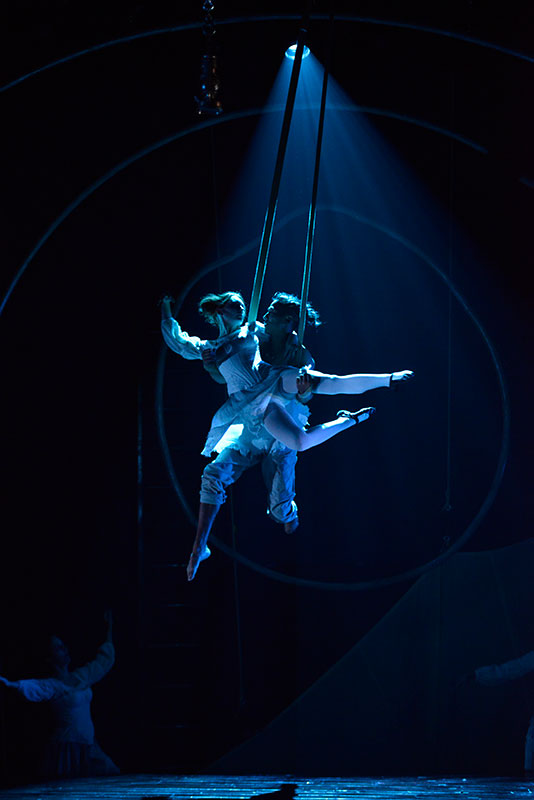 Photo of Cordelia Dewdney and Javen Ulambayar by Greg Mooney. 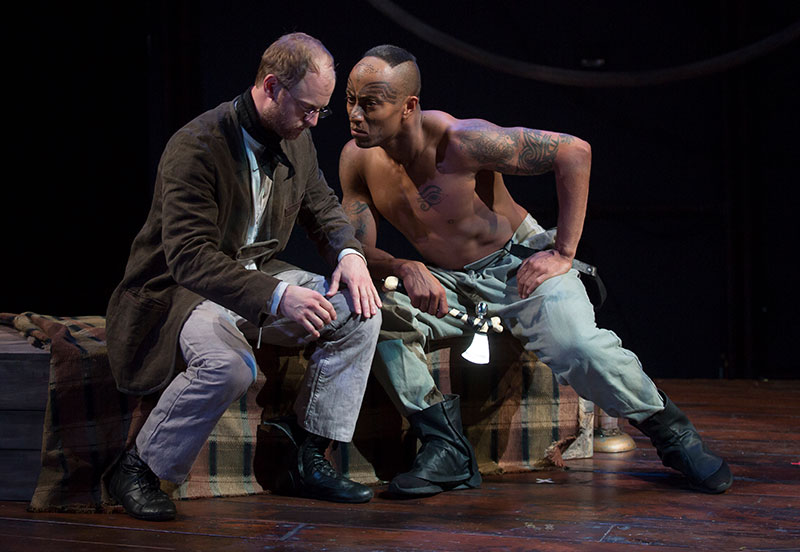 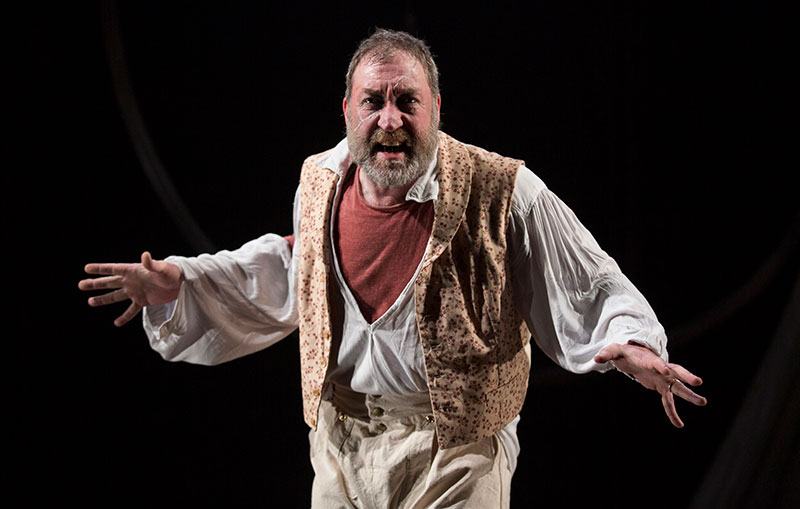 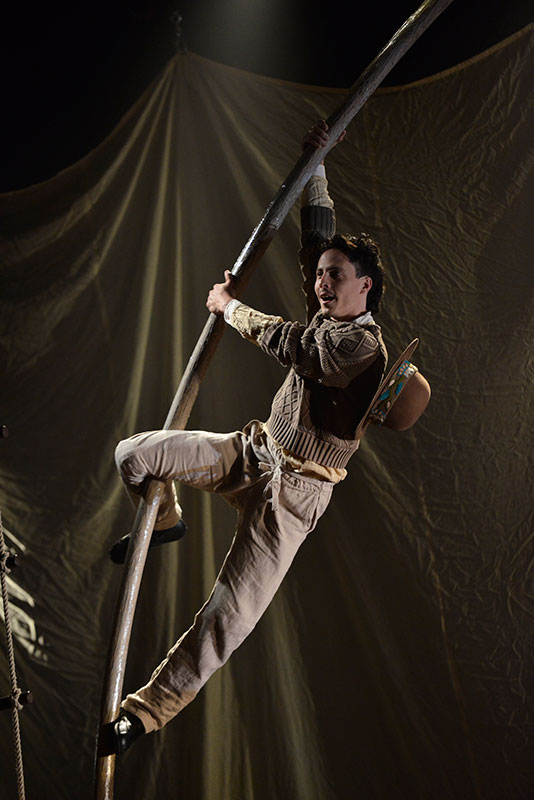 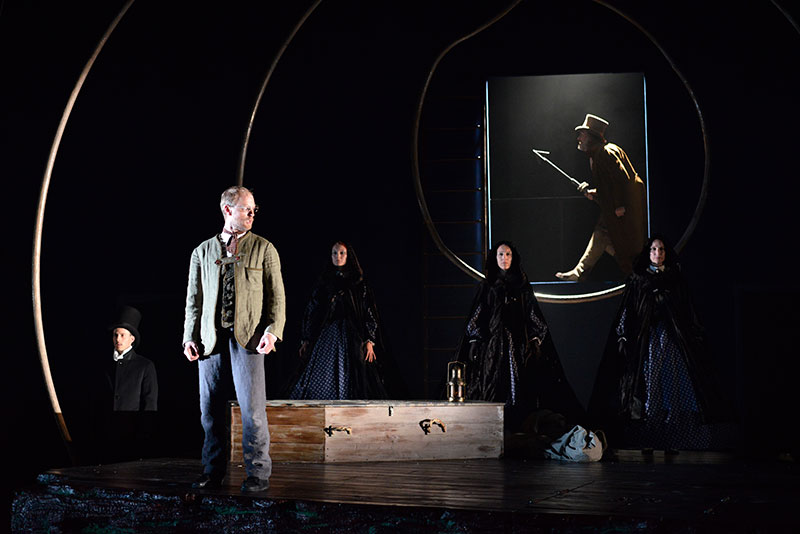 Photo of Jamie Abelson and the cast of 'Moby Dick' by Greg Mooney. 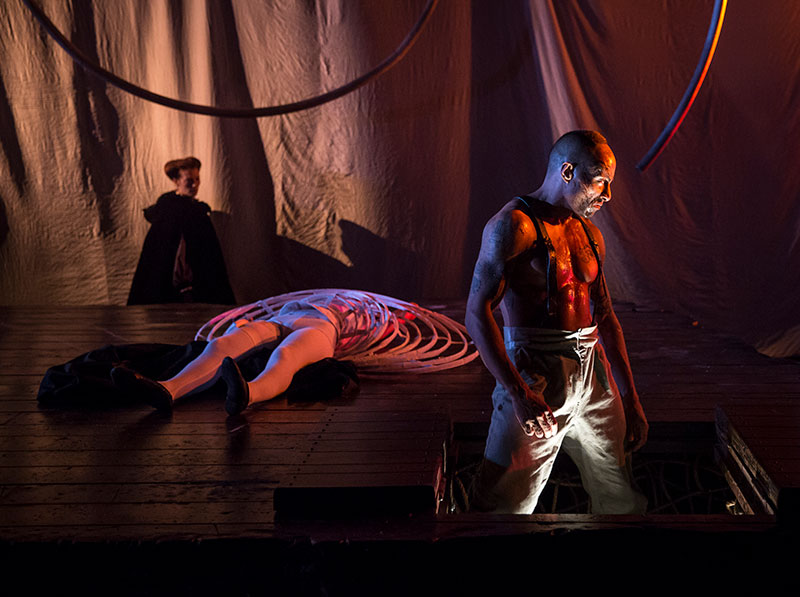 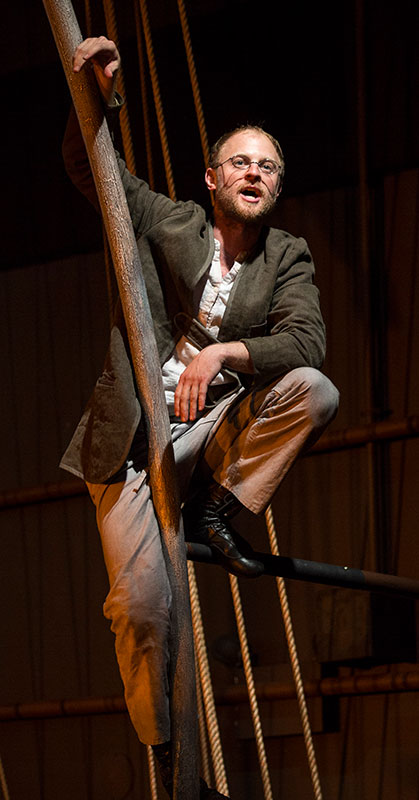 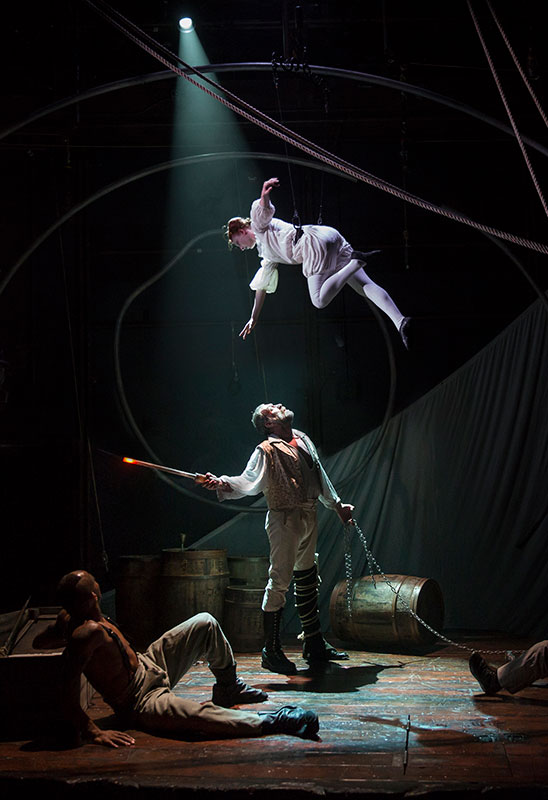 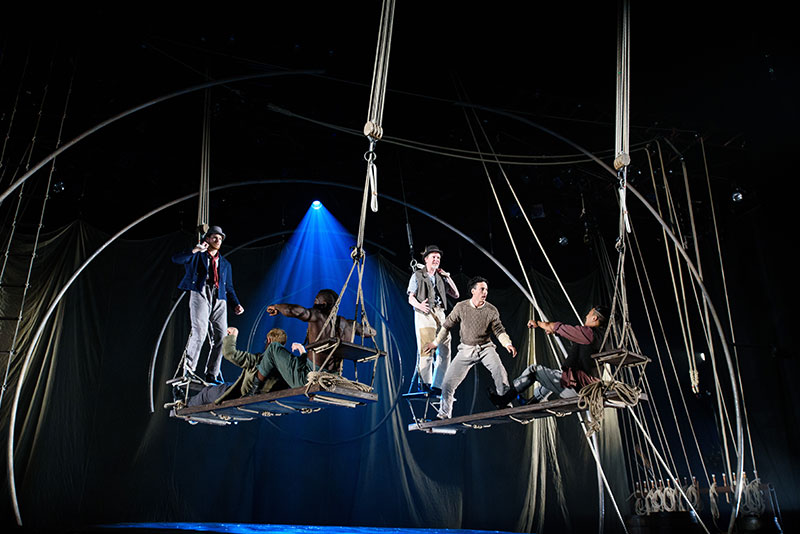 Photo of the cast of 'Moby Dick' by Greg Mooney.

Watch on the Rhine