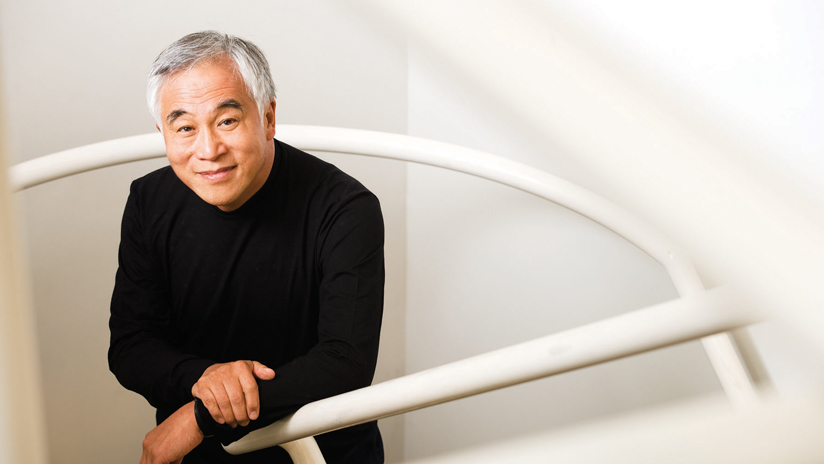 “The design of Arena Stage was inspired by Molly Smith's desire for ‘a theater for all that is passionate, exuberant, profound, deep and dangerous in the American spirit.’ Together we have created a home for American theater that will allow audiences to interact not just with the art, but also with each other. We are convinced that the positive energy that will come from this building will send ripples — not just throughout S.W. Washington but throughout the region and artistically even further.” — Bing Thom (1940 - 2016)

As one of the most important and trailblazing regional theaters in the United States, Arena Stage has a rich history. It began in the 1950s and, like many theater companies, started in found space. By the late 1950s, the company had grown and was strong enough to commission Harry Weese (the legendary architect who went on to design the entire Washington Metro system) to design a theater to its specifications. In 1961, what is now known as the Fichandler Stage (named for Arena Stage’s founder Zelda Fichandler) opened — the first “in the round“ permanent theater to be built in North America. This theater and a modest support building were followed by the Kreeger Theater in 1971, a modified thrust stage, also designed by Weese. Both theaters are considered architecturally significant enough that Washington has listed them as Historic Structures. Despite the strength of Weese's architecture, Arena Stage suffered, along with the rest of its surroundings, from the brutal “urban renewal“ program in the '60s and '70s that decimated the historic neighborhoods of Southwest Washington.

In the late '90s, under the direction of Molly Smith, Arena Stage began to reinvent itself and Bing Thom Architects (BTA) won the commission to redesign Arena Stage in 2000. Considering the rich history of the property, BTA was faced with the challenge of maintaining the original listed historic structures while effectively doubling the size of the overall facilities, improving the acoustics and creating an innovative design that lives up to the strength of the original.

BTA devised an ingenious plan that saves and reuses the two original, historic theater buildings — while adding the Arlene and Robert Kogod Cradle, a versatile new theater. This new complex has reconsidered the building typology and inverted many of the typical assumptions of theater design. For example, the administration areas overlap with the passageways between the construction shops and the theaters. Not only is this arrangement unusual, but these uses have been put on public display, visible from the street for all to see. Similarly, the “kitchen,” the common room where all artists and staff relax and interact, is also visible through screened openings that look into the public lobby.

By wrapping all three buildings in a 45-foot-high insulated glass skin and topping them with a heroic cantilevered roof, BTA combines the old and new to create an imaginative and forceful theatrical compound that has already become a catalyst for the revitalization of Southwest Washington, D.C. This new enclosure provides critical acoustic improvements by isolating outside noise while still maintaining the integrity of the historic buildings. The glass is held in place by a system of large,heavy timber columns (each one supporting more than 400,000 pounds offload on average) that also support the roof. Made of an engineered wood product called Parallam, the columns have an elliptical shape to reduce their visual impact and are spaced 36 feet apart so that the building still feels quite transparent. This is the first heavy timber building structure to be constructed in modern Washington and also the first application of this form of hybrid wood and glass building enclosure in the United States. The roof cantilever above salutes the Washington Monument, summoning visitors and establishing Arena Stage as one of the preeminent landmarks of the new Washington.

The unique and powerful performance spaces that established Arena in its early life have been improved and expanded.The Fichandler and the Kreeger have been refurbished, each to attract specific audiences — the 683-seat, in-the-round Fichandler to re-invent major musicals as well as classic plays, while the 514-seat, fan-shaped Kreeger, will present intimate classic and contemporary works, as well as small-scale musicals. A new venue — the 200-seat Arlene and Robert Kogod Cradle Theater — will nurture new and developing plays. The Kogod Cradle is a radical breakthrough in experimental theater spaces. Located in the heart of a spiral shaped structure, the oval shaped room successfully breaks theatrical and acoustic convention. From its spiral entry to the character of the walls defining the space, this room will be a unique new venue that is as adventurous as the work that will be performed in it.