GROUNDBREAKING ARTISTIC DIRECTOR MOLLY SMITH WILL RETIRE IN 2023, AFTER 25 YEARS OF REDEFINING AND CELEBRATING AMERICAN THEATER IN THE NATION’S CAPITAL AT ARENA STAGE

Washington, D.C.—Arena Stage at the Mead Center for American Theater today announced that Artistic Director Molly Smith has decided to retire in July of 2023. The Arena Stage Board of Trustees will conduct a nationwide search to appoint a new Artistic Director to build on the pioneering legacy of Smith and Arena’s Founder Zelda Fichandler.

Smith took the helm of this historic, internationally recognized theater—the first integrated theater in Washington, D.C.—at a time when women artistic directors of leading theaters were few and far between. For 25 years and under her leadership, Arena Stage has produced more than 200 productions, championing the work of countless emerging and established playwrights.

Smith regularly infused new life into classic American musicals such as South Pacific, Anything Goes, and Oklahoma!, while also developing and/or producing multiple Broadway successes, including Tony-Award winners Dear Evan Hansen and Next to Normal. In addition, more than 150 new works that originated at Arena, including The Originalist and Destiny of Desire, have been produced around the United States.

“I came to Washington 25 years ago with an important mandate: we needed to focus Arena on American plays, American voices and American artists,” says Smith. In that process, we mined a rich vein of talent for our stages. It was a bold move that led to our audiences and programming becoming as diverse as America. And I was fortunate to be able to do it with a remarkably talented, fully committed staff who excel at bringing dreams to life.”

Smith also drove the design and development of The Mead Center for American Theater—one of the most distinctive buildings in Washington DC—as a home for all American voices, past, present and future. “With its glass walls around all three theaters and soaring 65’ roof, the Mead Center is built for American artists, who I always tell to ‘hit the roof’ with their performances,” said Smith. “In fact, Zelda Fichandler called it the 8th Wonder of the Theater World. Today, our groundbreaking Center contributes to our community long after the stage lights have dimmed, as it continues to drive development on D.C.’s Southwest Waterfront.”

Edgar Dobie, Arena’s Executive Producer, has worked with Smith for 13 seasons, and calls their day-to-day balance of ambition and capacity “an amazing run for any partnership, especially when spent with an artist and executive like Molly who knows her heart and mind, and remains a pioneer.” He continued, “With her talent and innate instinct for building a legacy worth protecting but also sharing, Molly is nothing short of spectacular.”

Decker Anstrom, Chair of Arena’s Board of Trustees, proffered a touching salute to Smith: “Molly Smith has built an indelible legacy of excellence, creativity, inclusion, and bold leadership during her remarkable 25 years as Arena Stage’s Artistic Director. Arena Stage, our Greater D.C. community and, indeed, all of American theater will be forever the better for what she has accomplished.”

"Molly Smith has built an indelible legacy of excellence, creativity, inclusion, and bold leadership during her remarkable 25 years as Arena Stage’s Artistic Director. Arena Stage, our Greater D.C. community and, indeed, all of American theater will be forever the better for what she has accomplished."

— Decker Anstrom, Chair of Arena’s Board of Trustees

Born into a family of actors, Smith’s early years in the theater have long since become industry lore. After earning her undergraduate degree at Catholic University and her graduate degree at American University in Washington, D.C., she launched Perseverance Theatre in her hometown of Juneau, Alaska. “At the age of 19, I was crazy enough to think I could start theater in Alaska. At 26, we dragged 50 used theater seats across the country and, by sheer force of will, Perseverance Theatre was born.”

“When I think about Molly Smith, these words come to mind: visionary, community builder, artist, provocative, influential, feminist, activist and leader,” said Tony Award-winning playwright, performer, activist and artist, Eve Ensler. “Arena Stage is a model for American Theater in the way they support writers, actors and artists and sustained working relationships with them over time. She has built a magnificent community in Washington DC by her bold ideas, diverse programming and awe-inspiring risks. She imagined a grand new building and the Mead Center for American Theater was born. She will be sorely missed!”

“Molly Smith literally changed my life and the lives of so many others with her brilliant guidance, impeccable wisdom, infectious laughter and true joy,” said theater, television and film artist Charles Randolph-Wright, recipient of Arena’s 2022 “American Artist” Award, and co-creator of Arena’s upcoming world-premiere musical American Prophet, which will kick off its 2022/23 season. “Her influence is global, her loyalty is unwavering, and her heart belongs in the Smithsonian for the love she truly has given the world with her exemplary artistry.”

Wright continued, “The past two years have seen a much-needed reckoning and hopefully a seismic shift culturally, but Molly has been at the forefront of inclusion her entire time at Arena and before. She has always demanded diverse, intriguing, difficult and important work, specifically American work and voices and, in doing so, she helmed a revolution. She forced us all to become braver and stronger artists. Thank you for seeing, hearing and loving us, Molly!”

A long-time citizen activist, Smith’s deep commitment to the community has touched over a quarter of a million lives through creative programming, including the Voices of Now Festival for young artists, and Camp Arena Stage. “Even during COVID-19, we continued to innovate, making five films. These included May 22, 2020, a time capsule of DC during a day in life of 10 people during COVID [sic], and The 51st State, a film about the Black Lives Matter uprising in DC and a conversation about DC statehood.”

Smith’s many accolades and honors include being a Creative Advisor to the Sundance Institute Theatre Lab multiple times between 1999 and 2004; being named to American University’s Alumni Hall of Fame in 2003; named “Washingtonian of the Year” in 2011; and being awarded Director of Distinction by The Academy of Arts, Cairo, Egypt, in November 2019. She made her Broadway debut in 2014 with The Velocity of Autumn, where Estelle Parsons was nominated for a Tony Award.

Smith received the Governor’s Award for the Arts from the Alaska State Legislature in 1998 and was inducted into the Washington, D.C., Hall of Fame Society in 2018. She holds honorary doctorates from both American and Towson Universities. In addition to her many artistic accomplishments, Smith and her partner Suzanne Blue Star Boy, along with a group of Facebook friends, organized the March on Washington for Gun Control after the Sandy Hook Massacre.

Molly Through the Years 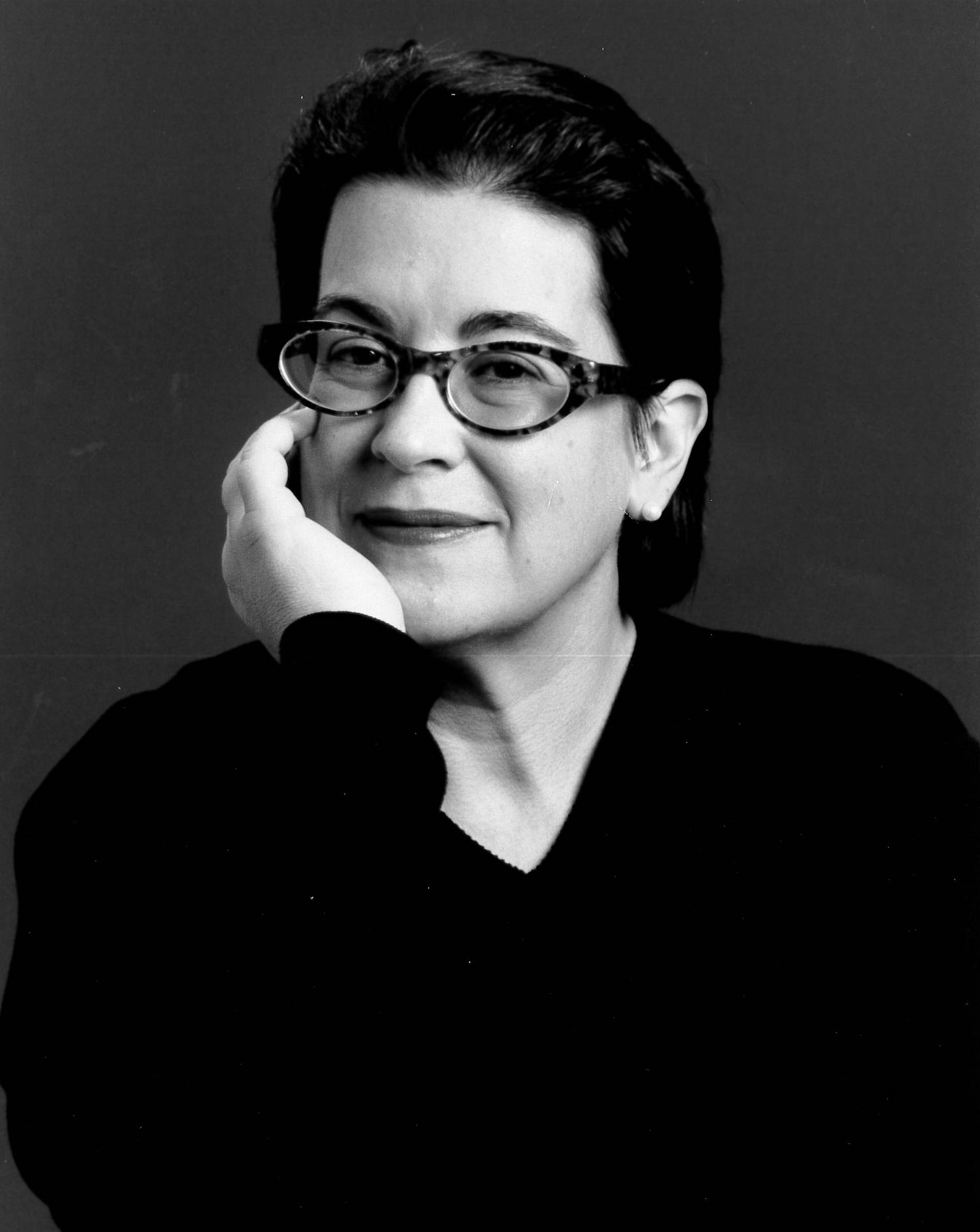 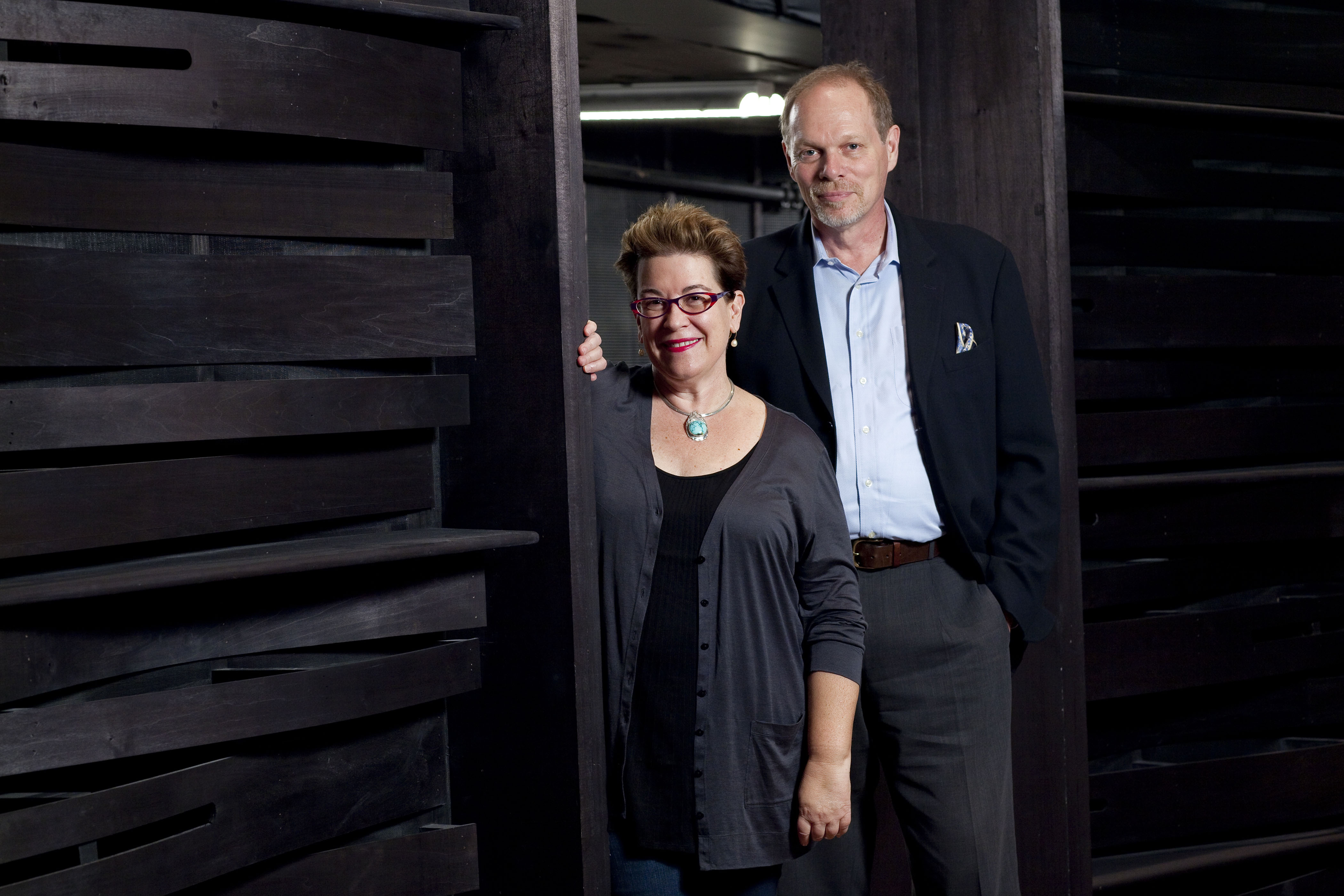 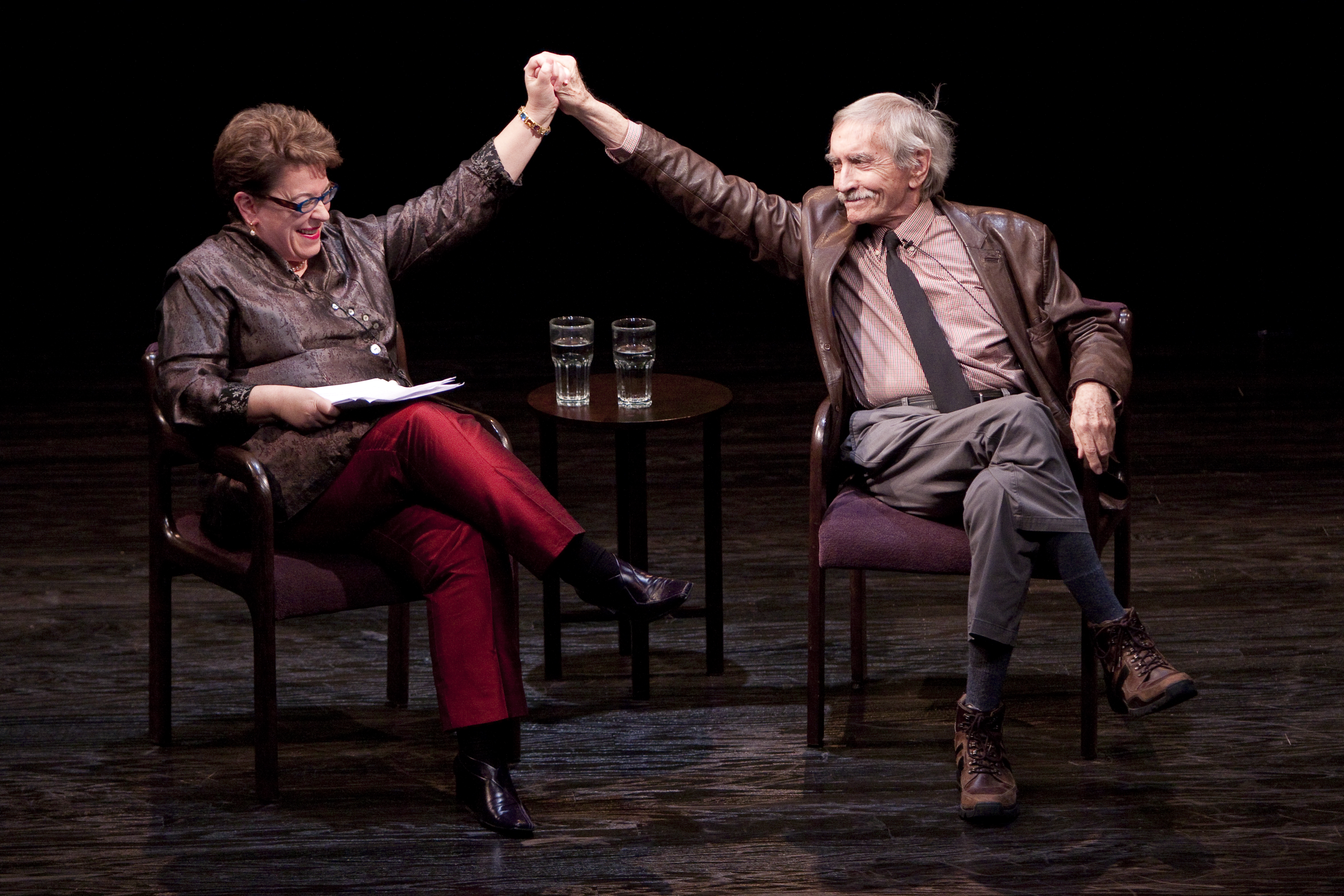 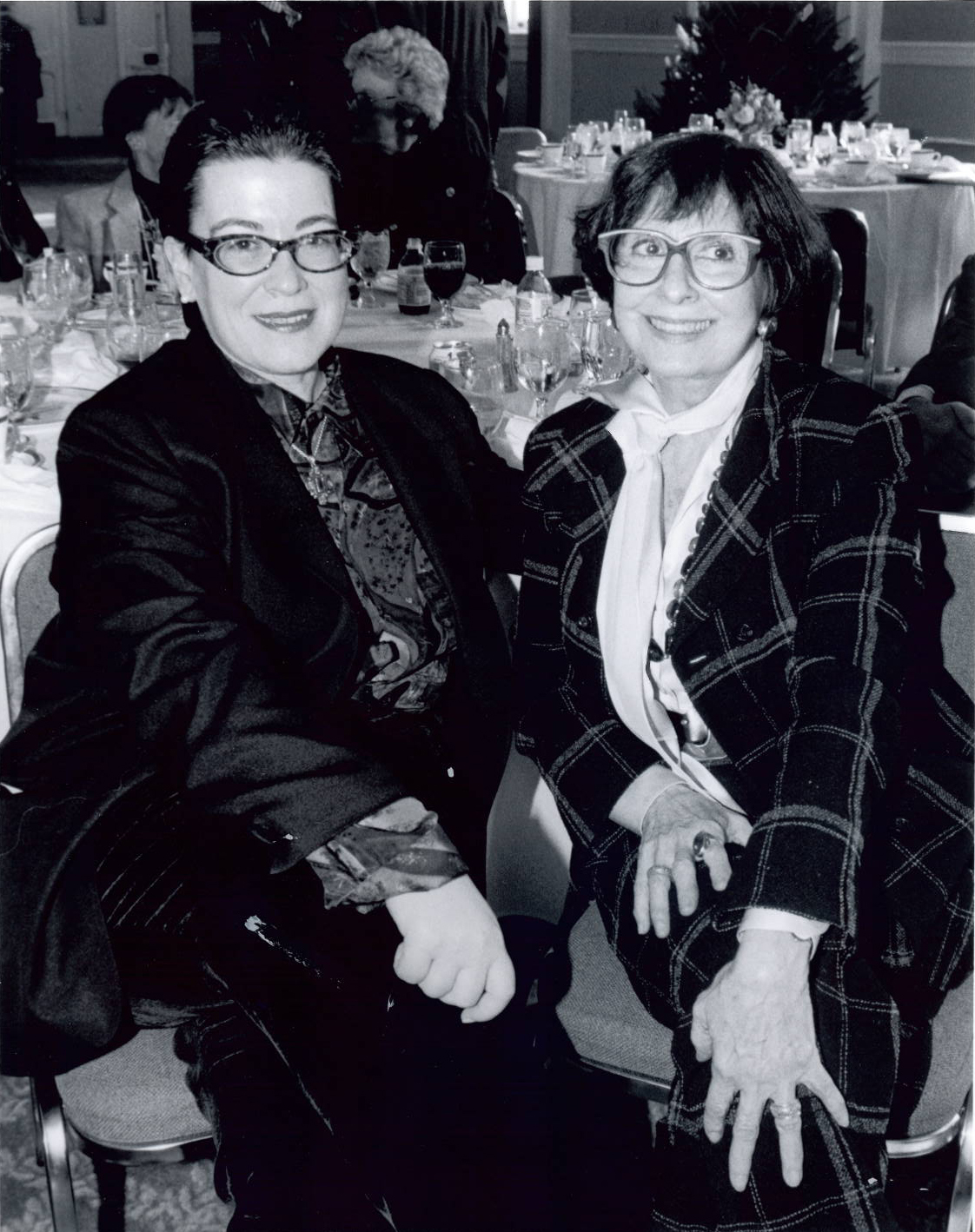 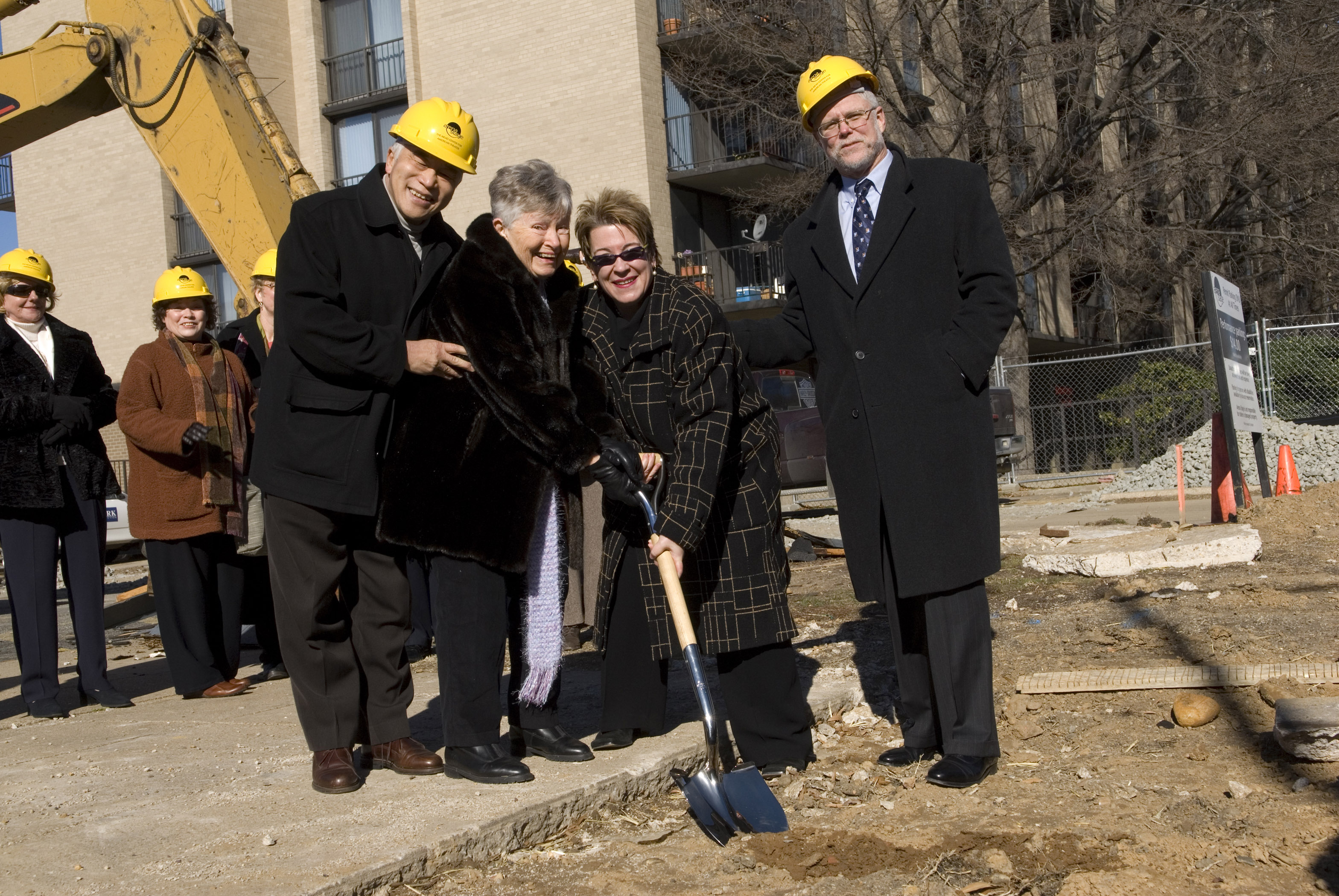 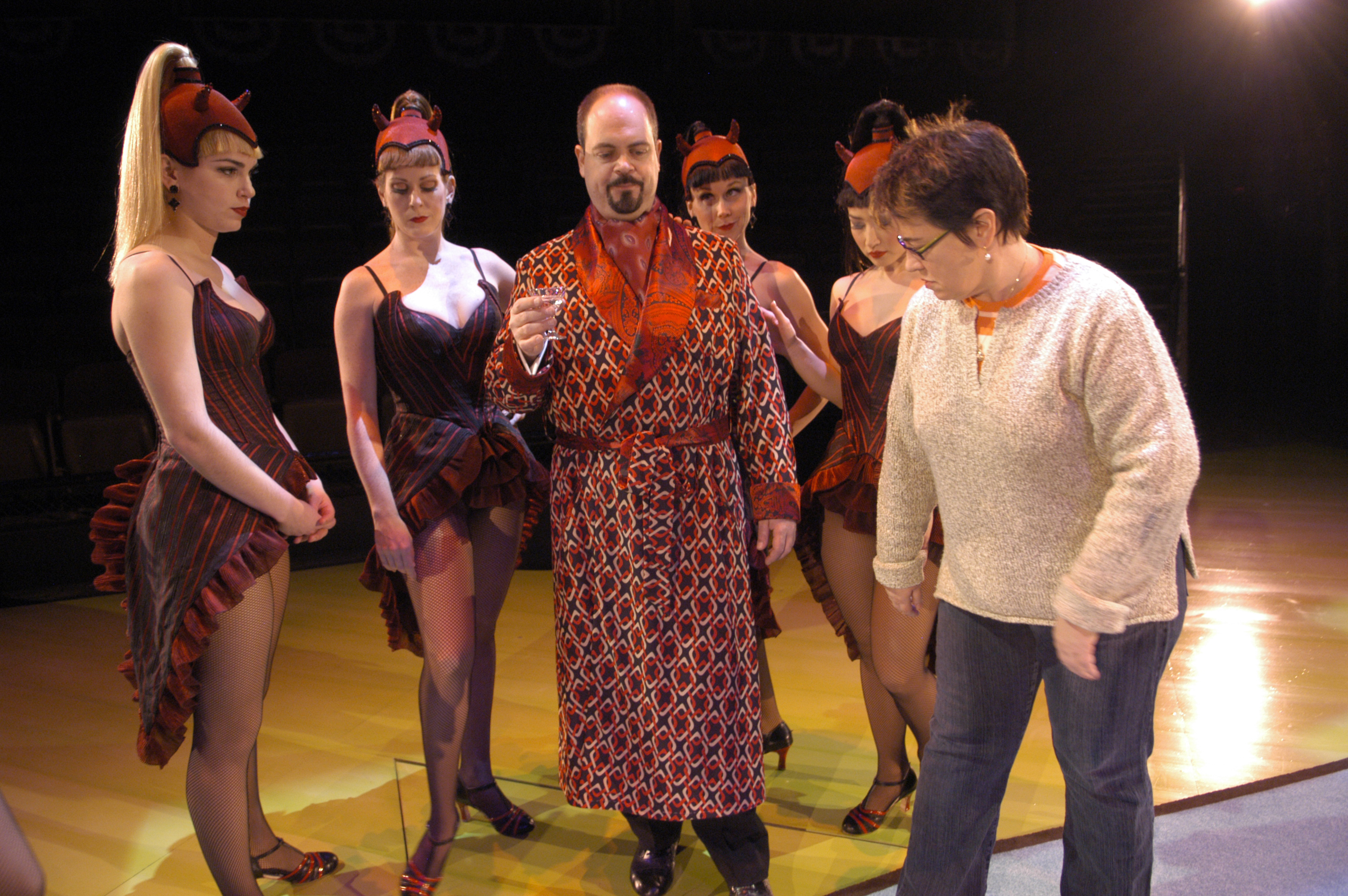 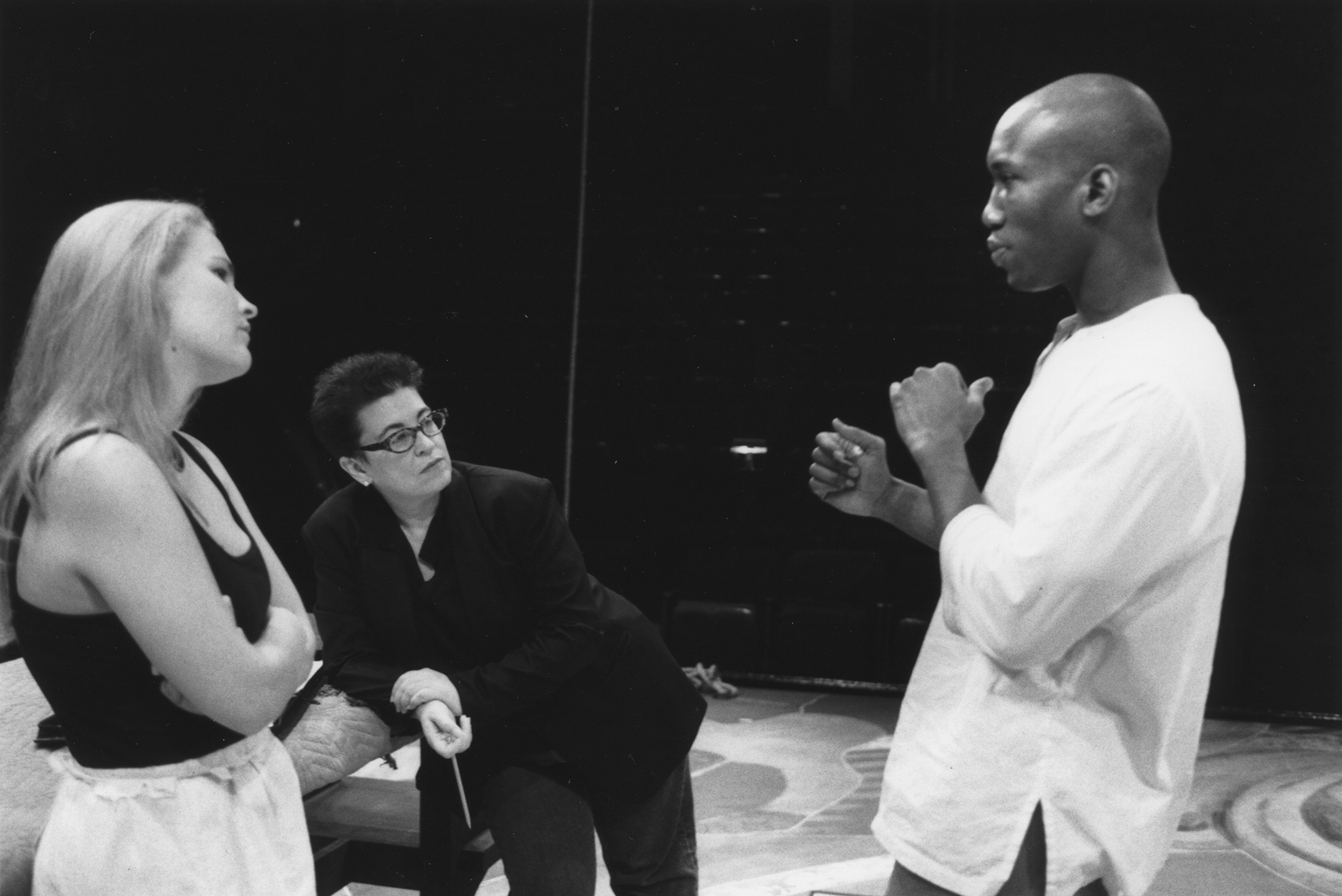 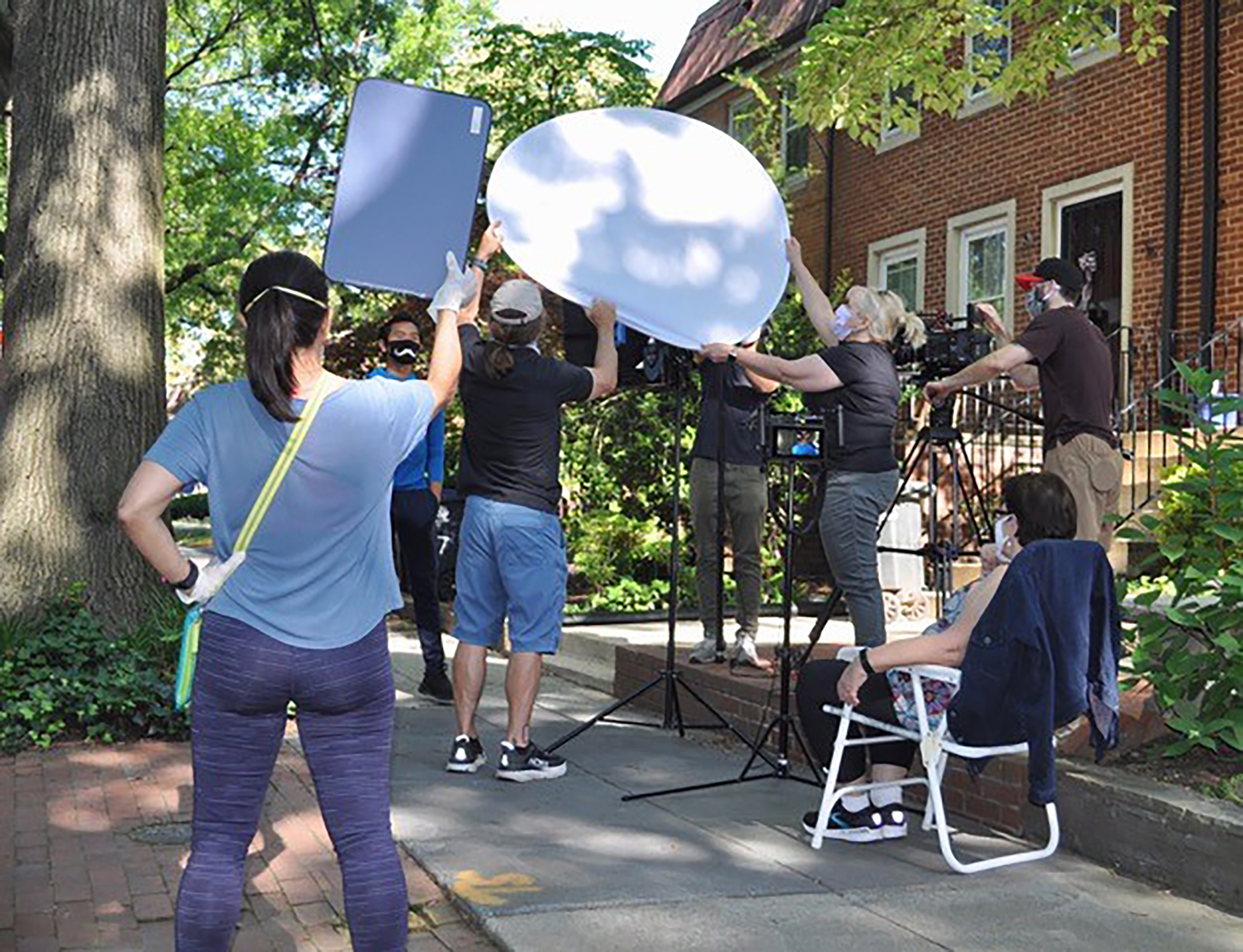 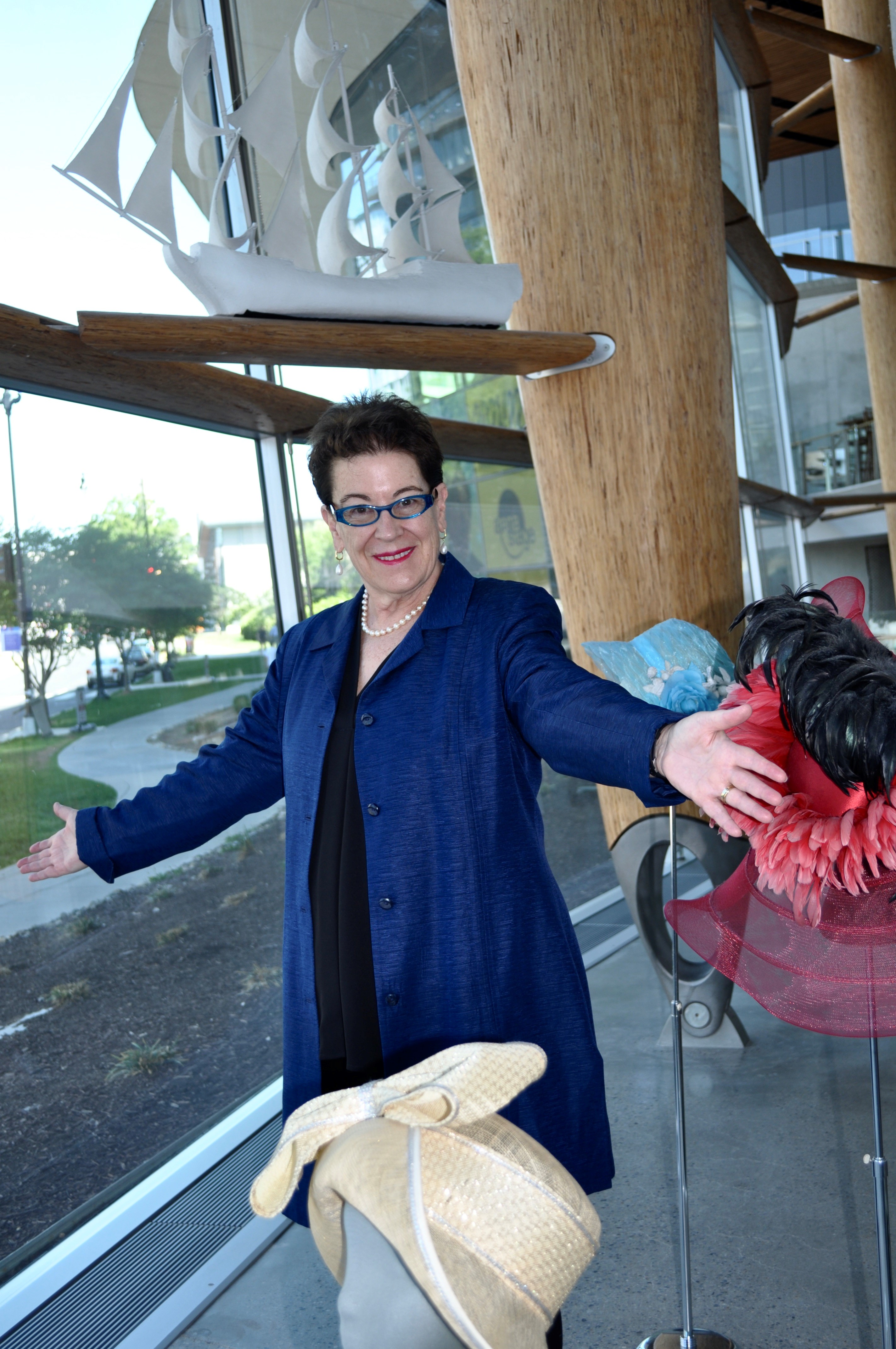 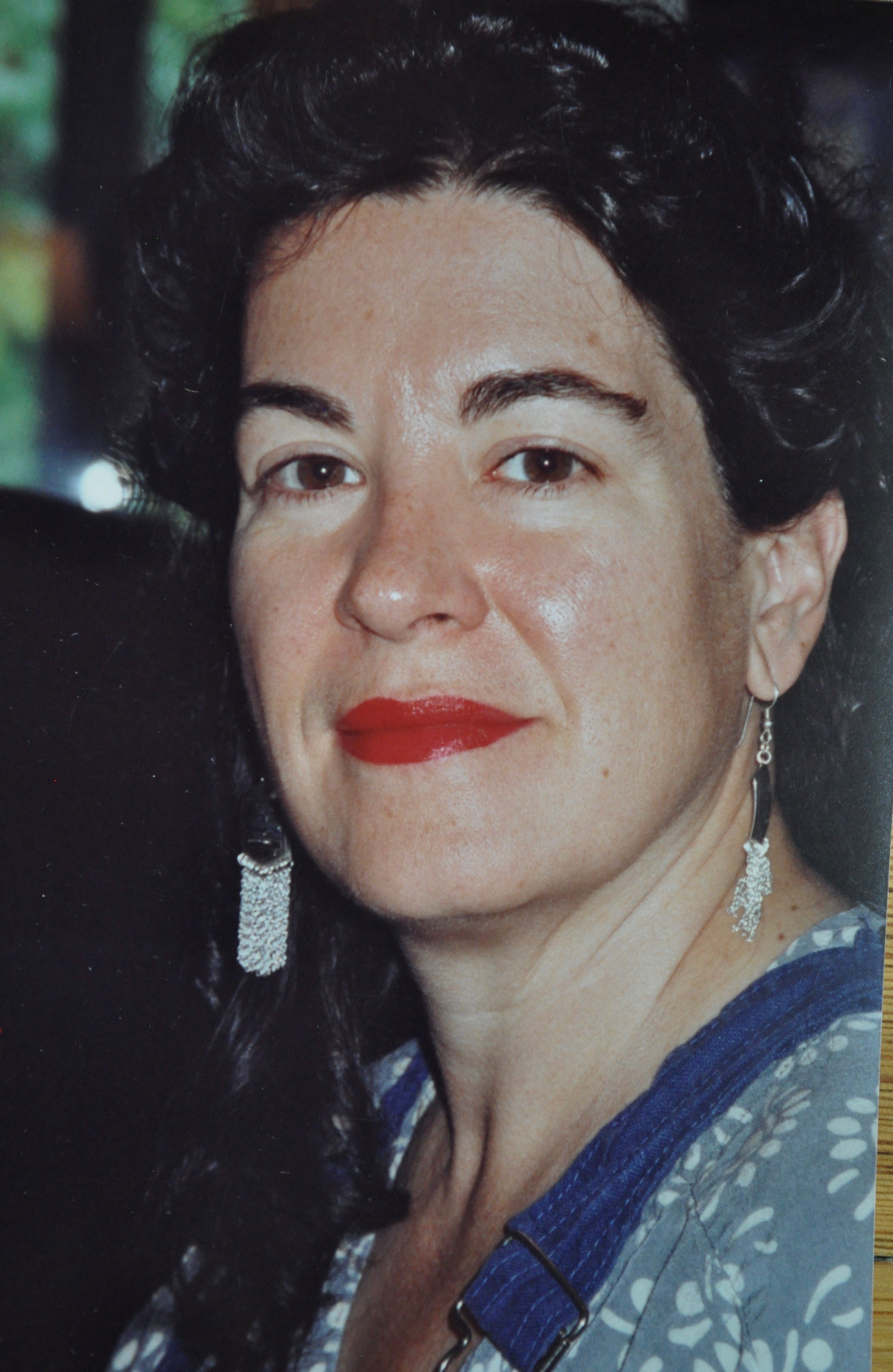 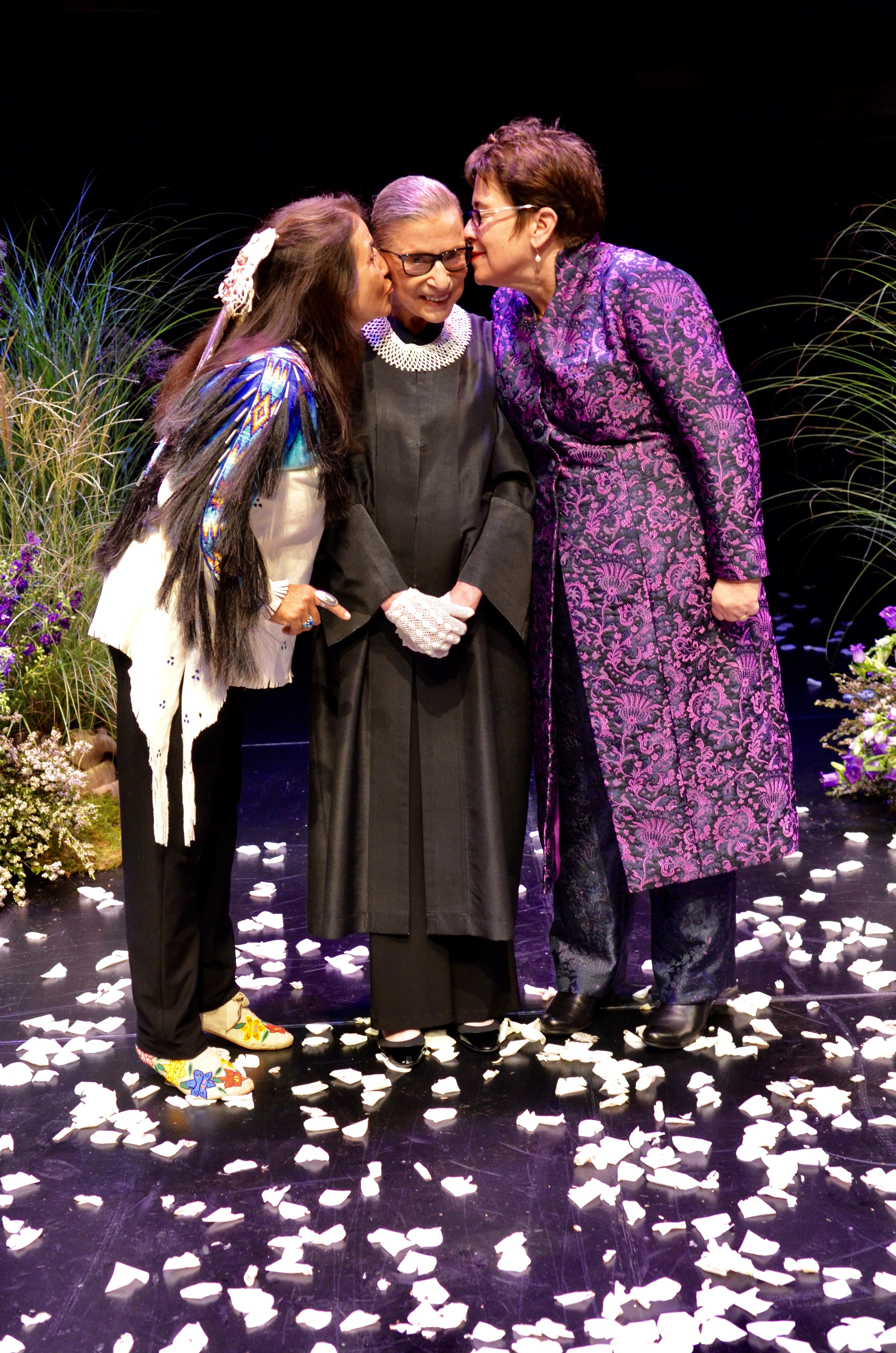 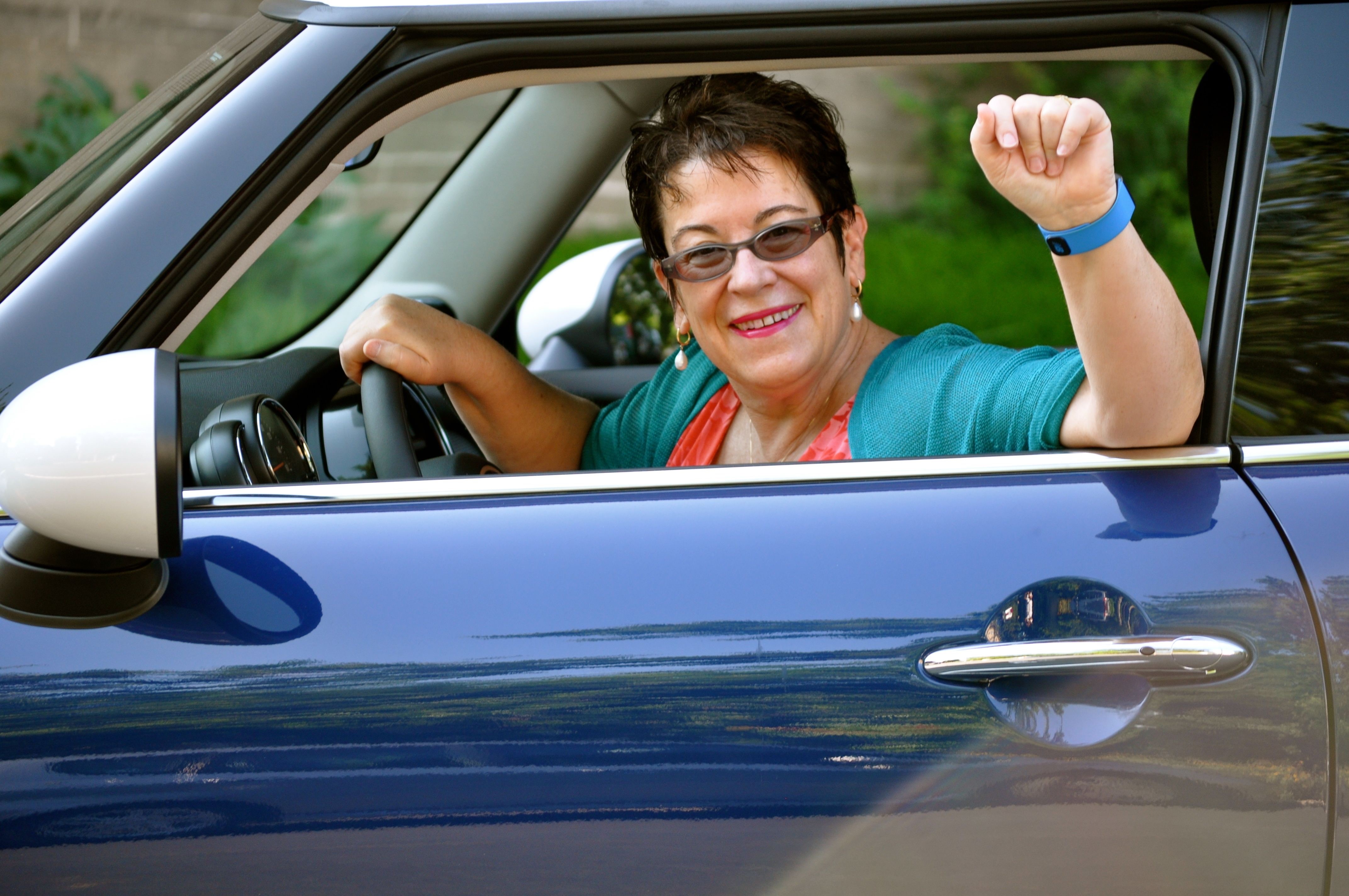 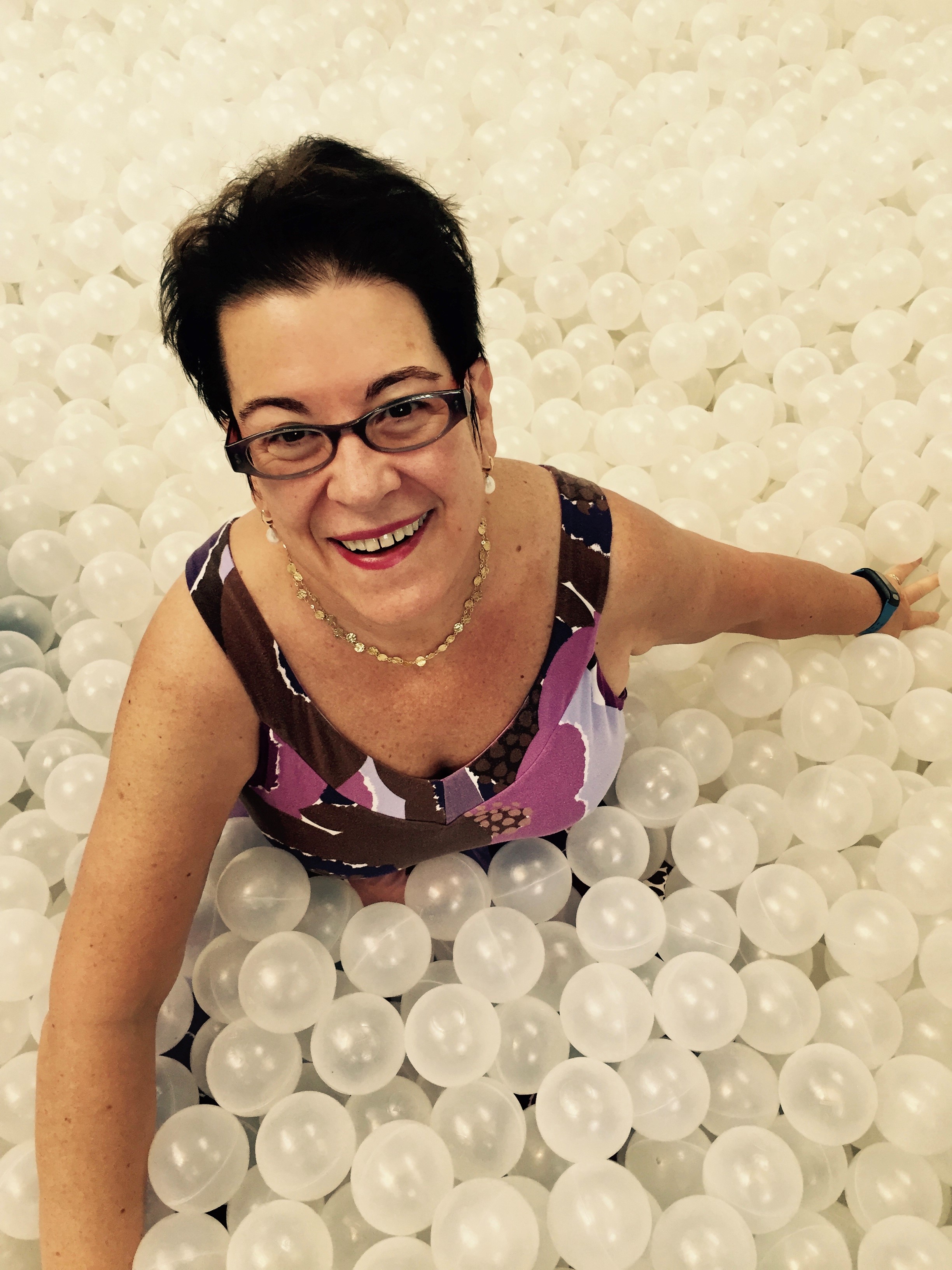 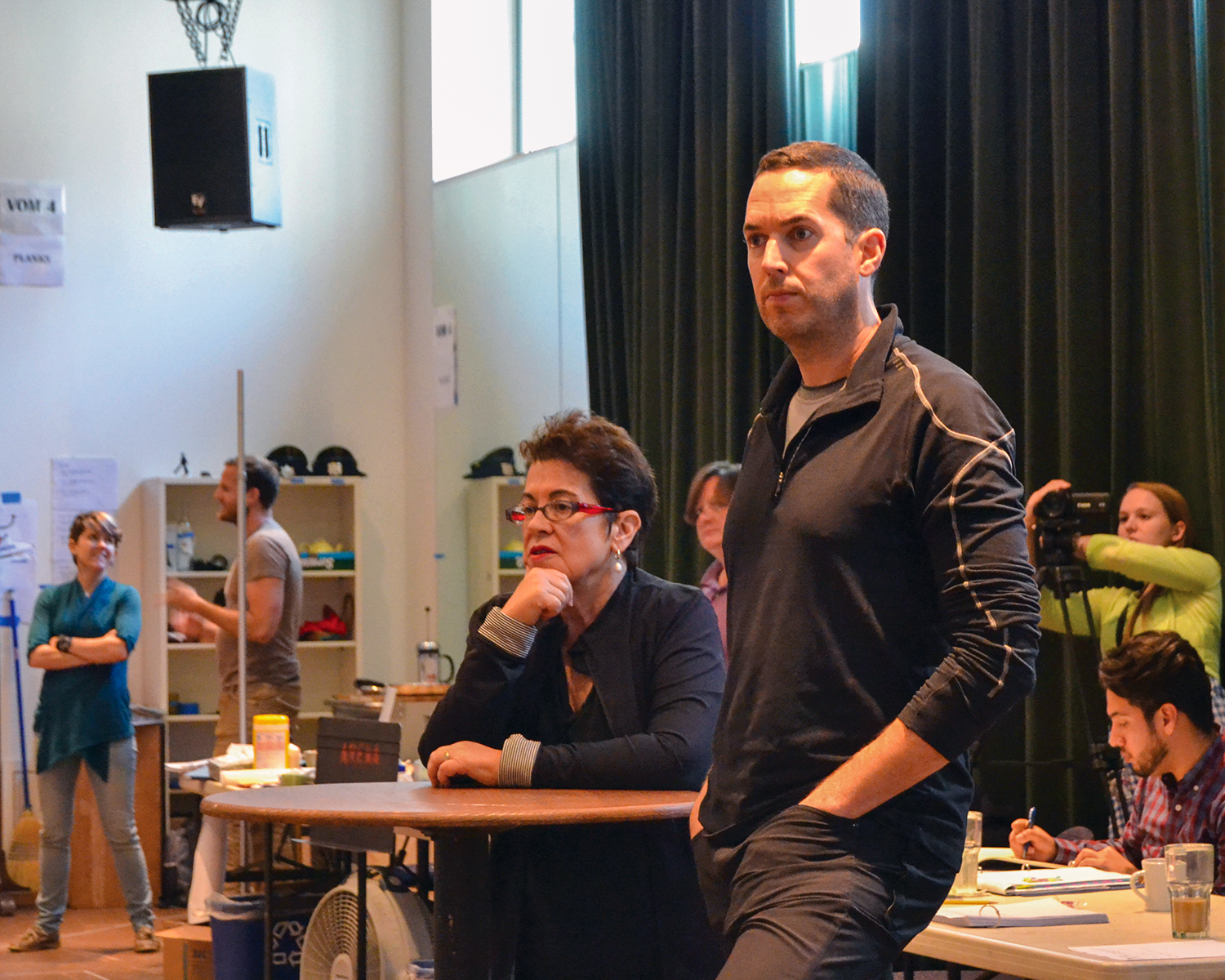 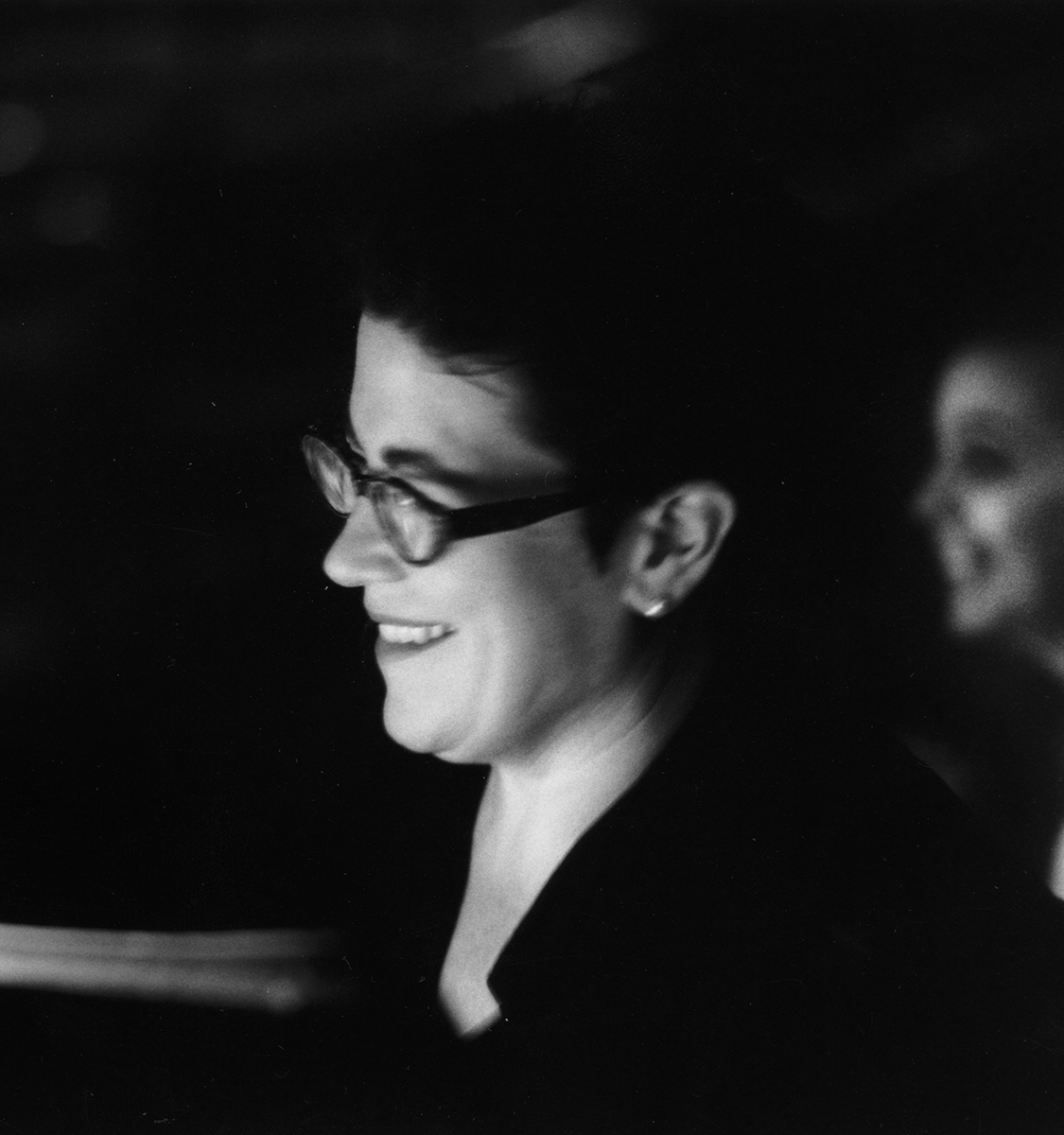 “ She has always demanded diverse, intriguing, difficult and important work, specifically American work and voices and, in doing so, she helmed a revolution. She forced us all to become braver and stronger artists. Thank you for seeing, hearing, and loving us, Molly! ” – Charles Randolph-Wright