Following a successful partnership in 2012, the United States Department of State funded nine artist-educators from Arena Stage’s Community Engagement division in 2014 to return to India to create devised theater pieces with nearly 400 artists from diverse communities in the following cities: Kolkata, Mumbai, Chennai and Hyderabad.

About the plays: The 2014 workshops and plays explored issues including poverty, child labor, religious conflict, pollution and water quality, discrimination based on cultural background and sexual orientation, growing violence against women and equity in education. The plays were written and performed in English, Urdu, Hindi, Telegu, Tamil and Bengali.

About the process: In each city, artist-educators led workshops and rehearsals using techniques developed as part of Arena Stage’s Voices of Now program. In anywhere from six hours to three days, groups created theater pieces that they performed for their communities and used a platform to start dialogue about important issues. The five original plays created in 2014 were streamed on HowlRound.tv. The Arena Stage team also trained artists, activists and educators in the methods used in the Voices of Now devised theater process.

– From My Neighborhood by the Voices of Now Chennai Ensemble

“If you are poor is it more important for your child to go to school or to bring home money to help the family survive?”

– From Padhai (Education) by the Voices of Now Hyderabad Ensemble 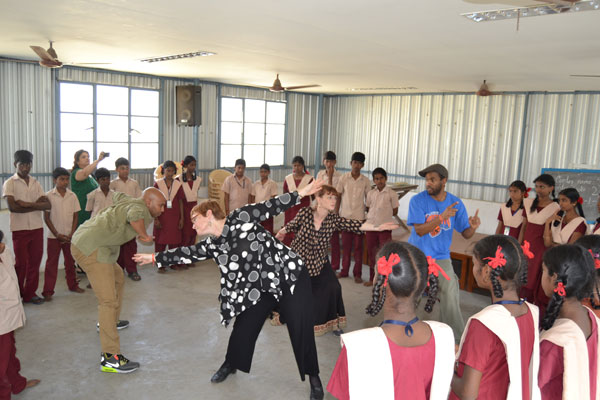 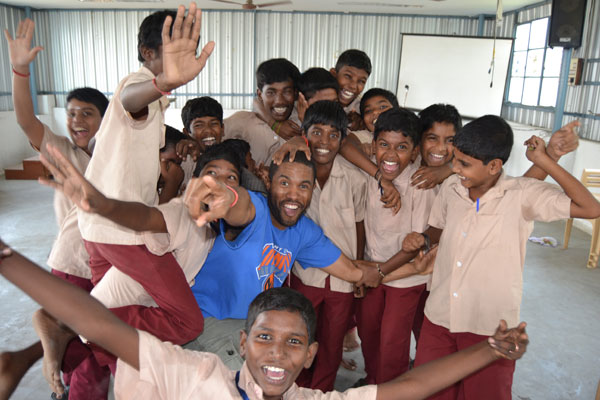 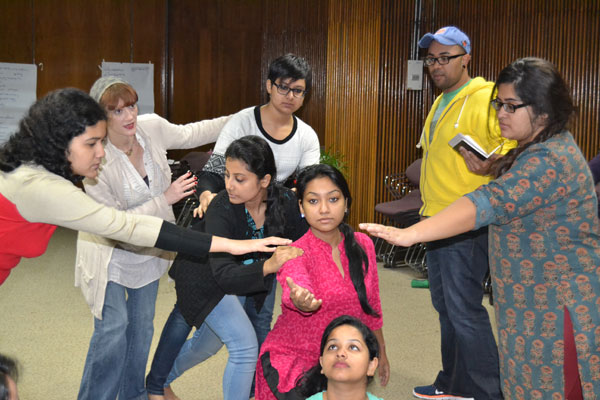 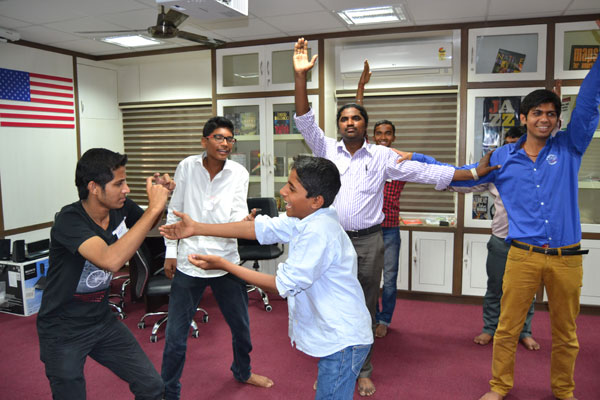 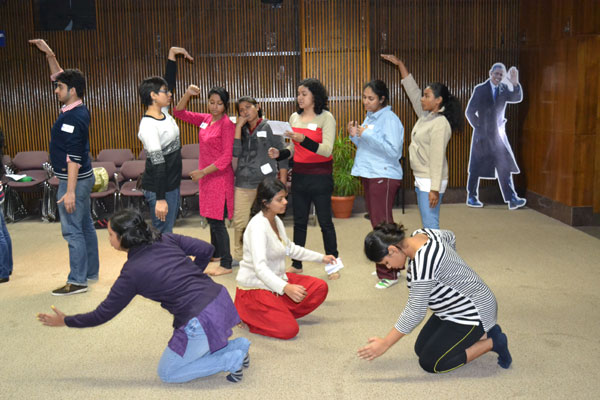 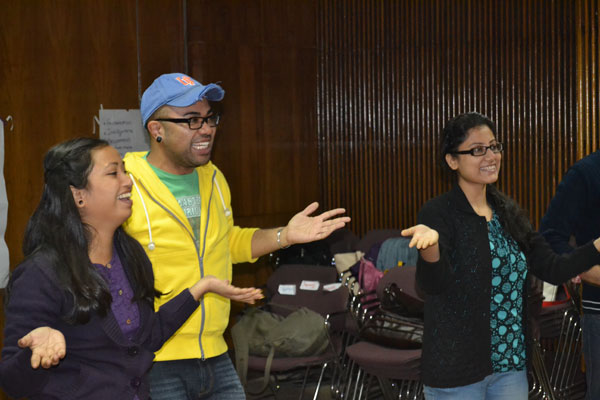 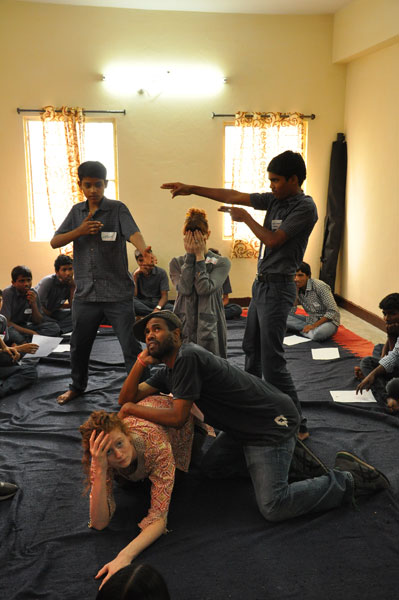 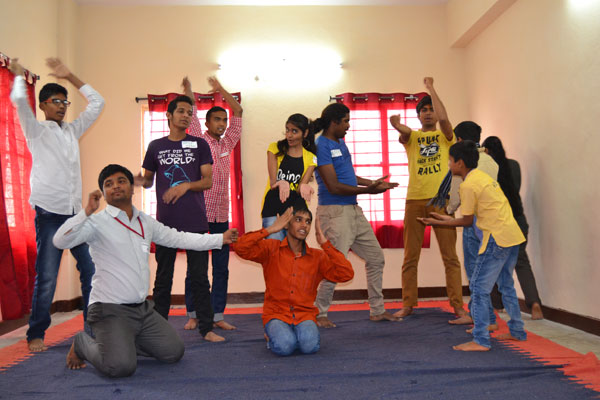 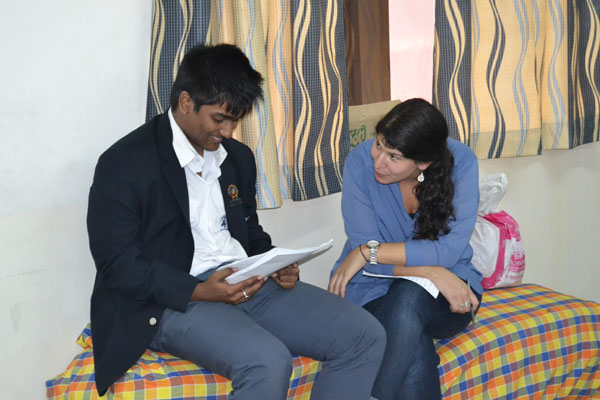 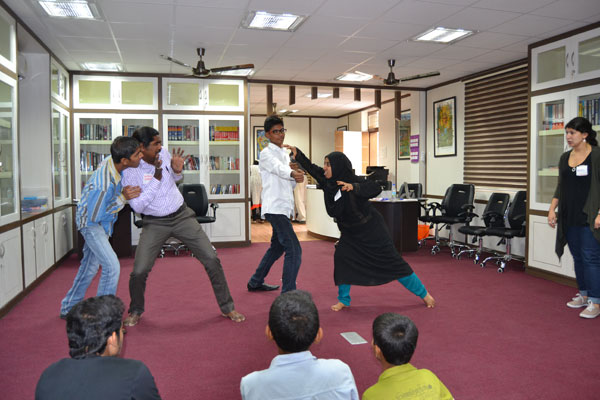 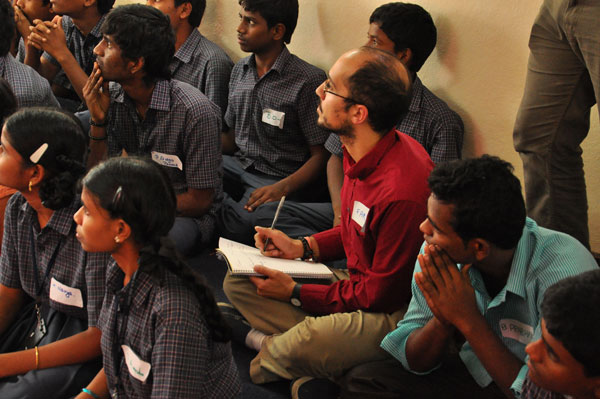 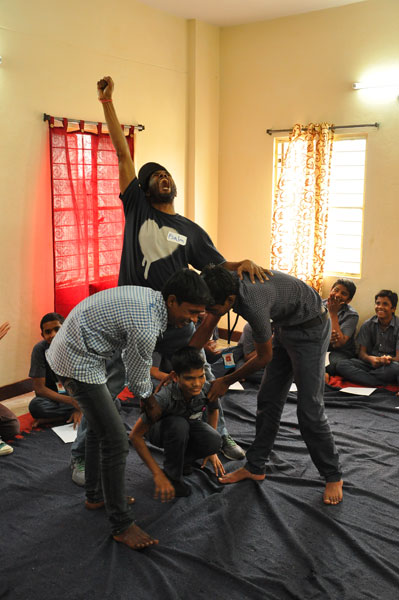 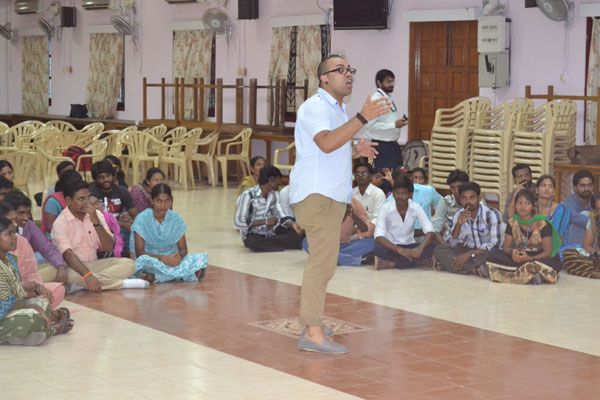 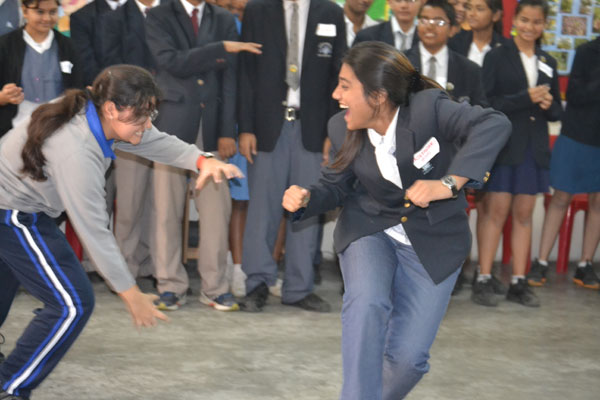