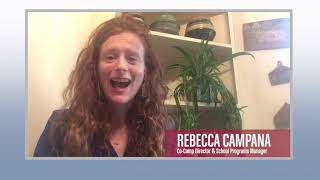 "Thank you for bringing joy & excitement into our home."

Write the next hit musical. Get ready for your close-up or get up and dance! Online classes at Arena Stage allow young people to try something new or explore a favorite artform more deeply. No experience is required.

Classes are one hour and meet once a week for eight weeks via Zoom. Zoom links are emailed to registered participants.

"My kids are learning, growing ... in a kind, compassionate, and creative environment." - Parent of Arena Stage Virtual class attendee

Wes is a composer, lyricist and playwright from Washington, D.C. His musical Medusa (co-written w/ Rachel Dean) was presented in concert at Lincoln Center in 2019 and is in development with commercial producers. Past work includes Hear No Evil in the Year 2090, and Galapago; a song cycle, Space Cases; and METADATA, an electro-pop concept album about Edward Snowden (available on Spotify/iTunes). He wrote the songs for the musical film Chatsworth, which premiered at HBO’s New York Latino Film Festival, and the score for the film “Youth,” which premiered at SXSW in 2019. His songs have been featured at the Kennedy Center, Barrington Stage, and the Laurie Beechman Theater, and his music has been featured in a number of films, dance performances and with the Broken Box Mime Company. Wes holds a B.A. in music from Colorado College and an M.F.A. from NYU Tisch’s Graduate Musical Theatre Writing Program.

Rebecca is in her 17th season in Arena Stage’s Community Engagement Division, where she is the school programs manager, co-camp director and a teaching artist. She manages the D.C. Ticket Partnership, the theater’s ticket program for D.C. public and public charter schools, teaching workshops in dozens of D.C. schools each season. She edits the theater’s study guides and curriculum connections. She also directs and devises theater for social change for Arena’s Voices of Now program both locally and internationally. Rebecca is an annual guest artist at the University of Notre Dame, specializing in teaching how to write 10-minute plays. She holds a dual honors B.A. in English literature and journalism from St. Bonaventure University. She begins her masters in writing (fiction) at Johns Hopkins University in 2021.

Brandon has danced for performing artists, at NBA games and for companies both in the U.S. and abroad. He has been a coach, teacher and choreographer for eight years in the competitive dance industry and for musical theater, working with programs such as Red Branch Theatre. While obtaining his degree in deaf studies, Brandon also trained in the dance department at Towson University. He has recently been touring with Marvel Universe Live as a stuntman bringing his acrobatic and acting skills to the forefront. In his third year of teaching at Arena Stage, Brandon is sure to create a fun, and educational setting for his students to feel welcome and confident.

Jamila took her first sewing class at age eight and quickly grasped the new skill.  Once she realized her artistry could become more than just a hobby, she pursued it as her career.  Jamila received her B.F.A. in fashion design from The Savannah College of Art and Design. She then moved to New York to work alongside designer Tracy Reese’s Technical Design Team.

In 2014, Jamila returned to her hometown of Ft. Washington, MD and founded Stitched With Style, a sewing studio located in Capitol Heights, MD specializing in the development of aspiring designers and sewing enthusiasts. Stitched With Style has provided over 1000 hours of sewing courses to underserved youth and adults of all skill levels.  To develop well-rounded designers, students learn fashion sewing, illustration design, pattern making, and the art of draping on a form. She has also been the fashion instructor at Camp Arena Stage.

Jamila defines herself as a technical designer who focuses on achieving tailored silhouettes. Although her designs are classic and ageless, her favorite fabrics have vibrant colors and intricate patterns. She continues to reinvent her design aesthetic and hone her skills through commissioned work for clients of all shapes, sizes, and ages. Jamila can be found on Instagram @jmilamila @stitchedwithstyle or on her website www.stitchedwithstyle.co

Mauricio was born in Caracas, Venezuela and is currently Arena Stage’s community programs manager. Previously he was GALA Hispanic Theater’s director of education where he led the Paso Nuevo Youth Performance Group. In addition, Mauricio has worked as an educator for Young Playwrights Theatre, as a performer and educator for Superhero Clubhouse and The Society of Educational Arts (Teatro SEA) in New York City and has worked extensively as an performer with NYC Spanish Repertory Theatre, INTAR, Astoria Performing Arts Center (APAC), The Kennedy Center, The Director’s Company and Studio Theatre. He was part of the artistic team for multiple devised theater productions at Columbia University and is a graduate of the Acting Program at Marymount Manhattan College and the Shakespeare Conservatory for Actors at Yale University.

Full or partial need-based scholarships are available. Click here to complete a scholarship application and return it to education@arenastage.org by Friday, January 16, 2021.

Scholarship recipients will be notified by January 20, 2021. Scholarships must be accompanied by proof of need. This can either be a completed tax return from 2019 or proof of qualifying for benefits (ex. unemployment, SNAP, free lunch, etc.). We understand that many people’s circumstances have changed due to the pandemic. An optional supporting letter may be provided in addition to the proof of need.